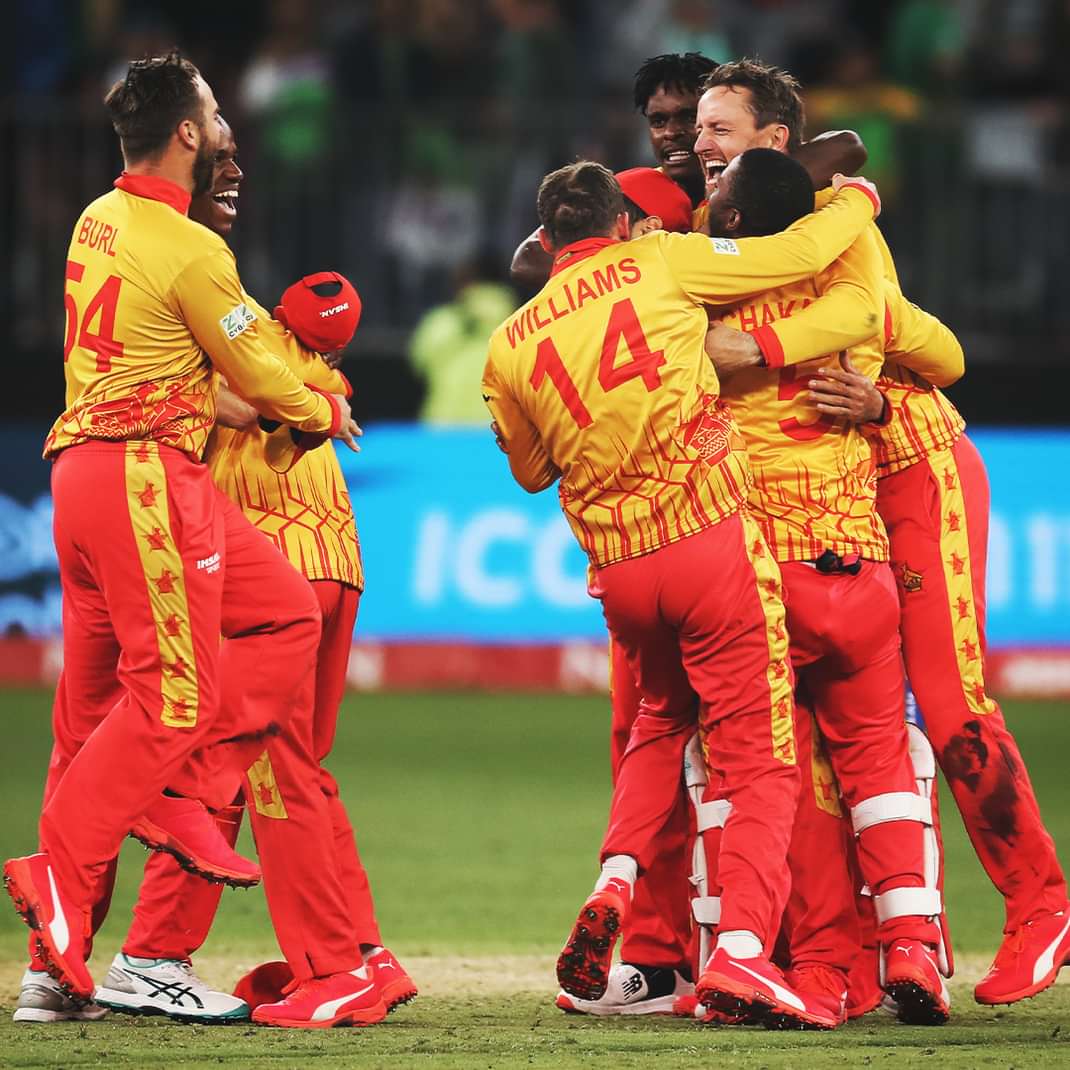 ZIMBABWE is staking its place again as a force to reckon with in world cricket, and as the team’s dream run at the ongoing T20 World Cup in Australia continues to be saluted by some of the top names in the sport, the African side’s former coach Alan Butcher has also commended the turnaround.

Zimbabwe remain undefeated two games into the Super 12 stage after pulling off a stunning one-run win over Pakistan on Thursday in Perth, an incredible result owed in large part to the bowlers’ heroic performance after the Chevrons totaled just 130-8 earlier in the day.

Former England batsman Butcher, who had a successful tenure as Zimbabwe’s coach between 2010 and 2013, has applauded the bowling unit for its role in the Chevrons’ revival.

“I think the main difference is that this team has a bowling attack to compete in all conditions…more pace bowling options,” Butcher told The NewsHawks from the United Kingdom.

“The team I inherited were operating on one-and-a-half seamer basis and a stronger hand of spinners. The current Zim pace attack is very exciting and of course (spin-bowling all-rounder) Sikandar Raza turns matches with important wickets.”

On Thursday on the bouncy wicket of Perth’s Optus Stadium, Pakistan’s fearsome pace onslaught was heavily tipped to blow away Zimbabwe’s batting line-up. But Zimbabwe made a

promising start batting first, with captain Craig Ervine and young Wessly Madhevere’s majestic stroke-play guiding the side to a first wicket stand of 42 before both were removed in quick succession.

A middle-order collapse, engineered by Pakistan pace-man Mohammad Wasim’s career-best 4-24, left the Asian giants – one of the World Cup’s pre-tournament favourites – with the seemingly simple task of chasing down a low score to record their first Super 12 win following an opening defeat to rivals India last week.

But Zimbabwe’s bowlers came to the party in style, with the finger spinner Raza claiming a crucial 3-25 to turn the tables on his country of birth.

It was then left to the dramatic final over of the match, with the ball tossed in the direction of rookie pacer Brad Evans, as Zimbabwe needed to defend 11 runs to post a famous victory.

The over started badly for Evans, who was smashed for three and a boundary on the first two balls.  But the 25-year-old right-armer held his nerve, conceding just one run until Pakistan required three runs off the last delivery, which produced a run-out to seal a thriller.

Whilst Evans’ courageous bowling and the pleasing performance of the entire attack is a good sign, Butcher would also like to see Zimbabwe’s batsmen play with the same intensity.

“For Brad to come in for his first tournament game and perform so well speaks volumes of his ability and character and let’s not forget Blessing (Muzarabani) and Richard (Ngarava) are still young,” said Butcher.

“My concern might be with the younger batters who need to step up quickly because Craig (Ervine) and Sean (Williams) won’t be around forever.”

It has been a very good team effort by Zimbabwe behind the turnaround over the past five months, but it is the batting feats of Pakistani-born Raza that have provided the major talking point for the Chevrons across the cricketing world.

Raza did not play under Butcher in Zimbabwe, but the 68-year-old Englishman has also been thoroughly impressed by the rise of the Chevrons talisman into a world-class player over the months.

“Raza has been phenomenal over the past year and his positive approach rubs off on others around him,” remarked Butcher.

“Unfortunately, he wasn’t Zim-qualified during my tenure so he didn’t come into any of my squads. He looked a talent back then, but is a much better cricketer now.”

Coach Dave Houghton, who took over in June and has masterminded Zimbabwe’s transformation into a completely new outfit, also earned plaudits from Butcher.

Author of “The Good Murungu: A Cricket Tale of the Unexpected” – inspired by his unforgettable times in Zimbabwe – Butcher travelled to Zimbabwe in July for the World Cup qualification tournament in Bulawayo as a team consultant for Jersey, one of the team in the qualifiers.

Butcher, who was in Zimbabwe for the first time since he left nine years ago, is not totally surprised by the African side’s progress over the past five months.

“Having been in opposition to Davy in a coaching capacity for many years and observed his cricket philosophy, I knew that he would instil positivity and no-fear attitude into the (Zimbabwe) team,” commented Butcher.

“This was very apparent in Bulawayo at the qualifiers and personified by Raza, who was outstanding at that tournament. I was very impressed by the confidence and belief that the squad showed and they’ve carried it through to the World Cup.”

So far so good for Zimbabwe. But should Houghton’s team be content with what they have already achieved in this World Cup?

“No,” replied Butcher. “There are still winnable games in this group, so hopefully there are more celebrations for the Zimbabwe fans to enjoy.”