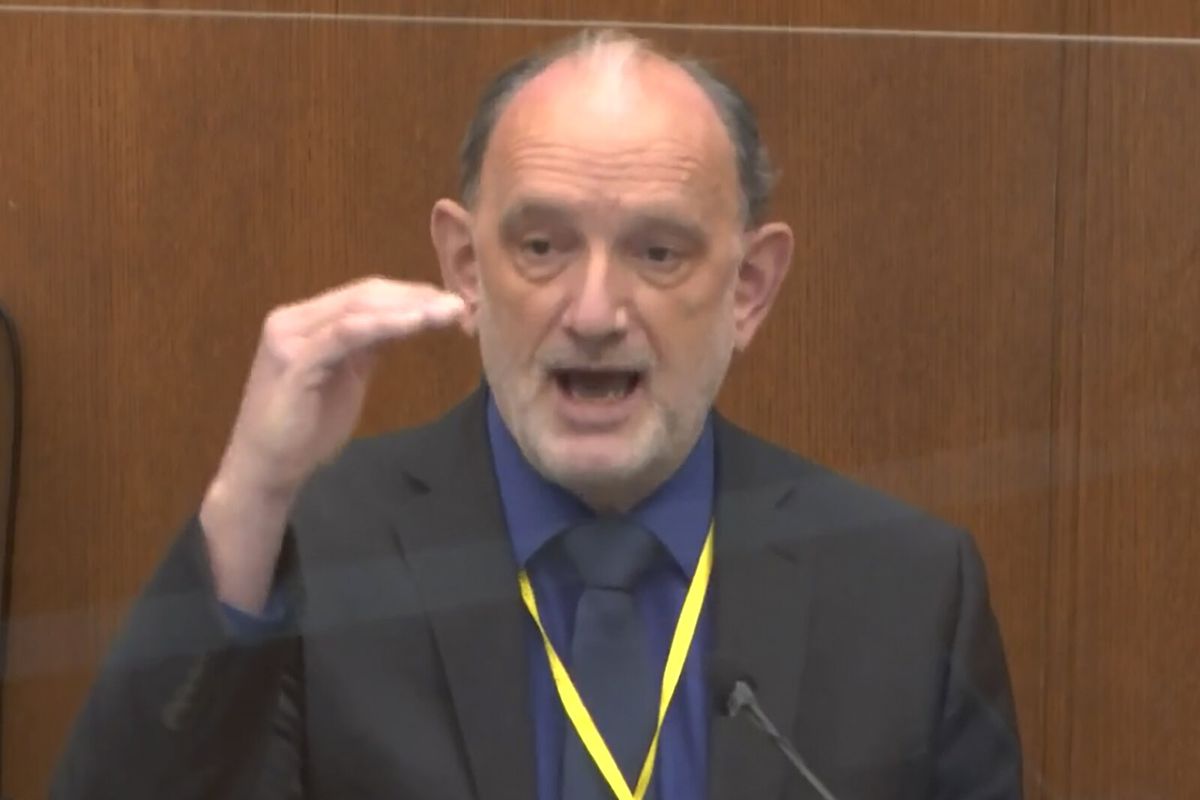 ZIMBABWEAN-BORN forensic pathologist David Fowler, who was hired to defend fired United States police officer Derek Chauvin, accused of murdering George Floyd by painfully choking him to death in a high-profile global case dramatised by the #BlackLivesMatter campaign, has been accused of whitewashing the death of black people in the US.

Fowler was born and educated in Bulawayo, Zimbabwe.

He completed studies in medicine and surgery in 1983, and then followed that with paediatric pathology at the Red Cross Children’s Hospital and the University of Cape Town before moving to Baltimore in 1991 and then the University of Maryland.

He is also an associate professor at the University of Maryland in the departments of Paediatrics and Pathology, faculty at the National Study Centre for Trauma and EMS, the Centre for Injury Research and Policy at the Bloomberg School of Public Health at Johns Hopkins and has multiple visiting professorships internationally. He has numerous book chapters, scientific journal articles and formal presentations to his credit.

During his testimony this week, Fowler, who has vast experience working on police-perpetrated murders in the US, argues that Chauvin’s kneeling on Floyd was not a major contributor to his death as the knee was nowhere near Floyd’s airway.

Fowler told jurors that Floyd had lived with his arteries narrowing by up to 90%.

His argument in court during the Chauvin case has generated public debate among those calling for justice in Floyd’s case, bringing into question police involvement in Floyd’s killing.

The Zimbabwean-born pathologist said he reviewed medical, police and ambulance records, as well as toxicology reports and video footage.

Fowler has previously defended police officers who allegedly killed black people including Freddie Gray, a 25-year-old man from Baltimore who died of a spinal injury after a widely circulated cellphone video showed him being dragged screaming into a police transport van in 2015.

In that case, six officers were initially charged with crimes including manslaughter and murder; the first trial ended in a hung jury, and three more officers were acquitted after trials before a judge.

Fowler is currently being sued by the family of Anton Black, a 19-year-old black teenager killed by police in Maryland in 2018.

He is accused of whitewashing police brutality.

As Maryland medical examiner, Fowler claimed that Anton died of natural causes, saying that his bipolar disorder was a contributing factor, rather than the weight pressed on Anton while he was held facedown by three white officers and a white civilian.

The pathologist is accused of downplaying police involvement in the killing of black people in cases that he has been involved in as medical examiner.

The American Civil Liberties Union of Maryland, in a statement, accused Fowler of being complicit in whitewashing police brutality.

“Under Dr. Fowler’s leadership, the Maryland Office of the Medical Examiner has been complicit in creating false narratives about what kills Black people in police encounters, including Tyrone West, Tawon Boyd, Anton Black, and too many others,” the union said in a statement.

“The medical examiner’s office ruled that Anton Black’s death was not a homicide even though video showed police chase him, tase him, and pin him face down to the ground after he was handcuffed and at which point he stopped breathing. The medical examiner blamed Anton for his own death — peppering its report with false claims about laced drugs, a heart condition, and even Anton’s bipolar disorder — instead of the police who killed him. The family was forced to pay for outside experts’ help to understand what really killed Anton”.

“Video shows that police killed George Floyd. Dr Fowler is again ignoring plain evidence in the killing of a Black man who would be alive but for the actions of other people because those people were police. Medical examiners hugely impact our ability to end police violence. When medical examiners and others downplay the role of police actions in causing a death, they are both protecting police and hiding information that could prevent avoidable deaths,” further reads the statement.

“That is exactly what happened in the police killing of Anton Black, and other Black people in Maryland. We hope that ends now.” — STAFF WRITER.