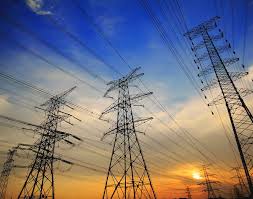 POWER utility Zesa says it has recorded more than 1 200 cases of theft and vandalism of its cables translating to over US$4 million as copper dealers are on the prowl in suburbs and farms.

More worryingly, the stolen cables are finding their way outside the country, mainly to South Africa and Botswana, through porous borders, amid fears that bigger forces are involved.

In the wake of increased cases of copper cable theft and vandalism of transformers, The NewsHawks spoke to several Zesa officials who said the power utility is pushing for the government to come up with strict measures to arrest the crime which has left several areas in the dark.

This year, the authorities said, theft of copper cables and transformer oil is on the increase, with the Zesa general manager (loss control) Festo Madembo saying the company is now conducting “copper harvesting”, which involves the insertion of cables made of materials not appealing to thieves.

“Copper harvesting is one of the key strategies that we are employing to improve such cables and replace them with alternatives that do not have appeal and market for thieves and vandals,” Madembo said.

He said Matabeleland in general and Bulawayo in particular are hotspots for theft and vandalism.

“The community has a moral obligation to jealously protect national infrastructure from theft and vandalism,” he said.

Zesa officials who spoke to The NewsHawks said there was a need to invest in technology to ensure no cables or any property is allowed to be smuggled across the country’s borders.

“Why not invest in scanners for copper at borders knowing well that lorries drive in and out every day with stolen Zesa property?” an insider asked.

“Those arrested should say who are the real drivers of these syndicates; we see mainly very young people being the only ones on the ground. We never get to know the end of many of these issues.”

In reports gleaned by this paper, Zesa working together with the Criminal Investigations Department (CID) has arrested dozens of people this year alone while others were electrocuted in the process of trying to steal cables and transformer oil.

Last month, a man was electrocuted after attempting to vandalise a transformer and steal armoured cables at Derby Farm at the Guinea Fowl sub-station.

In another incident on 21February, two suspects were arrested in Karoi for possession of copper wires they had stashed in satchels while travelling from Karoi to Chinhoyi.

“Upon searching passengers’ belongings, copper conductors in Martin Chimasha’s satchel as well as brass water taps approximately 5kgs were found. He was in the company of his friend Macdonald Makelo all from Spar Farm Mazowe,” an internal report gleaned by The NewsHawks reads in part.

“Upon interrogation the driver of the truck narrated that he was hired to transport scrap metal and he was not aware of copper in satchel. The duo led us to house number 20771 Overspill Epworth where they intended to sell their copper.”

In another incident, the authorities said they received information from an anonymous caller on 25 February that a suspect was injured while attempting to steal copper cables and was receiving medical attention at a private location in Gweru.

“We proceeded to the given address and verified with locals and after we were convinced we made a report to Mutapa Police. We then teamed up with a police team and proceeded to the address. We then encountered one suspect who had some serious burns on both hands and on the left armpit.”

Authorities said the suspect was interviewed by police and admitted having stolen copper cables at Clifton Park Church Garden in Gweru.

Other cases were recorded in Mhondoro where copper worth US$2 000 was stolen between 25 and 26 February this year.

Another incident took place in Marondera on 3 March 2022 where copper worth US$700 were stolen while several other cases were also recorded in Shamva.