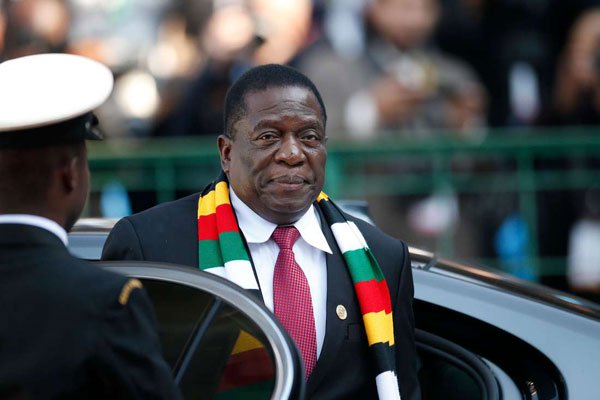 PHEW, what a chaotic start to the year!

A dazed Zimbabwe dollar is wobbling precariously into an eventful 2023, as the authorities comically plead with government contractors to desist from trading on the parallel market. Despite valiant efforts by spin doctors and apologists to hype up a troubled economy, there is really no gainsaying the devastating impact of economic hardships on long-suffering citizens.

On the political front, Zanu PF’s naked thuggery is on full display in Murewa where elderly villagers have been viciously flogged by the usual suspects. Such barbarism could surprisingly have the unintended effect of galvanising a groundswell of resistance to authoritarian rule.

There is unbelievable turmoil on the political landscape, with the captured Zimbabwe Electoral Commission (Zec) drowning in a cesspool of incompetence and intrigue.

Since the 1890s, the British establishment has directly contributed to Zimbabwe’s never-ending turmoil. They have not atoned for the crimes of Empire. And yet – here is the grotesque irony – the hoary lords spoke lots of sense in condemning Mnangagwa this week. That is how clueless Mnangagwa is; he makes the mighty lords look like saints.

Jonathan Oats, a member of the Liberal Democrats, asked the British government to block Zimbabwe’s re-admission to the Commonwealth until the Mnangagwa regime is compliant with the principles of the 1991 Harare Declaration.

Britain’s upper House discussed the matter on Thursday this week.

Oats is co-chair of the All-Party Parliamentary Group on Zimbabwe.

He argues that the re-admission of an unreformed Zimbabwe would severely damage the reputation of the Commonwealth and undermine the struggle for democratic change.

“Ignoring the oppression faced by the people of Zimbabwe today does not atone for past oppression inflicted under colonial rule. On the contrary, it compounds it,” Oats told the House of Lords.

Citing the prolonged pre-trial detention of opposition MP and political prisoner Job Sikhala; the political violence unleashed on the opposition by Zanu PF thugs; the Zimbabwe Electoral Commission’s refusal to release an electronic copy of the voters’ roll and many other examples of undemocratic conduct, Oats concluded that the Zimbabwean government does not currently deserve Commonwealth re-admission.

“It is now clear beyond doubt that the Zimbabwe Government are intent on using violence, intimidation and the full power of the state to crush all opposition ahead of this year’s scheduled general elections. I therefore urge our [British] government and all Commonwealth member states to make it clear that Zimbabwe will be re-admitted to the Commonwealth only when all political prisoners are released; when prosecutorial harassment of the opposition ceases; and when the rule of law, the constitution of Zimbabwe and the principles of the Commonwealth charter and the Harare Declaration are upheld.”

In response, Frank Zacharias Goldsmith, the minister of State for Foreign, Commonwealth and Development Office, said although the British government is in favour of Zimbabwe’s re-admission, the final decision would be taken by Commonwealth member states.

Significantly, Goldsmith made it clear that the Zimbabwean government’s upholding of democratic tenets in the 2023 general election will provide an opportunity to assess Harare’s seriousness.

“The general elections, expected this year, present, really, the ideal opportunity for the government of Zimbabwe to demonstrate progress against the respect for the principles of the charter, namely respect for human rights, freedom for the political opposition, civil society and media to operate…

I would really like to reiterate on behalf of the UK government that we really see the general election as the moment for the Zimbabwean government to prove, to demonstrate, its readiness to join the Commonwealth.”

During his visit to Zimbabwe in November last year,  Commonwealth assistant secretary-general Professor Luis Franceschi met with a range of stakeholders, including the government, civil society and the opposition. In the aftermath of that visit, the Commonwealth announced that Zimbabwe had made “tremendous progress” in complying with re-admission expectations.

Interestingly, Goldsmith emphasised that the 1991 Harare Declaration and the 2012 Charter were landmark moments that re-defined the Commonwealth and cemented its place as a modern, forward-looking organisation.

“The core principles of freedom and democracy, peace and prosperity are as important now as they were then. And they remain the basis for assessing any application for joining or re-joining this family of nations.”

Goldsmith’s rhetoric is flowery, but has Mnangagwa’s government done enough to comply with the re-admission requirements?

Let us step back for a moment and reflect. The Commonwealth is a relic of a bygone era. It is encumbered by a toxic history, which makes it difficult for the club to provide moral leadership on good governance and human rights.

Here is a simple test: Has Mnangagwa’s government complied with Zimbabwe’s own constitutional provisions on democratic governance and human rights? The answer is a resounding no.

Related Topics:ZimbabweZimbabwe Electoral Commission
Up Next

Zimbabwe in 2023: There is great disorder, chaos under the heavens