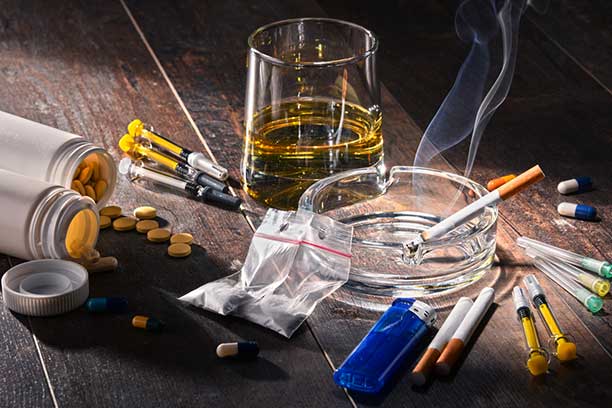 NATASHA (20) of Unit K in Seke, Chitungwiza, was 19 when her father forced himself on her.

Confused and feeling violated, she fled home, taking refuge in one of the most dangerous drug bases in Chitungwiza. That was the beginning of a downward spiral in her life.

There, she met two men in their mid-30s who promised to protect her and give her shelter. In turn, she would do daily chores which included cooking, cleaning and other activities, but her life would take a last turn after she was introduced to drugs such as crystal meth also known as “mutoriro” in street lingo.

She is among countless vulnerable young ladies in Zimbabwe who have found comfort in drug use as they try to escape economic hardships or abuse at home. They soon realise that they have jumped from the frying pan into the fire, because of rampant sexual abuse in the drug dens. Many others have joined the treacherous bandwagon owing to peer pressure, ruining their lives in the process.

Speaking to The NewsHawks, Natasha said at first she could just sit and watch people smoke, drink and take drugs, but as time went on everything changed as she joined them.

‘’When I started staying in the base last year, I could see people of different ages up to 45 coming in at different times to buy, smoke and drink different harmful substances. During this time, I would stay in my room and sleep as I was not used to the environment but could not do much because of the situation which was at home,” Natasha says.

“A few months down the line, the news started coming out that I was a sellout just because l wasn’t smoking and neither was I drinking. The only way I had to prove that I was not a snitch was to indulge myself and behave like the rest of the guys. This was not the way I hoped my life would end up, but because I wanted the food, the shelter and wasn’t going to go back home to my abusive father, I had no option but to prove my innocence.”

In this quest to prove her innocence, Natasha found herself sleeping with different guys in the drug den after getting intoxicated. Such sexual encounters are common in the drug bases.

She revealed that group sex was common and, in some cases, young ladies get so drunk that they would not know who they slept with or the number of partners they had while on drugs.

“When I started drinking and smoking, I felt more at home with no stress and worries. The only thing I saw as a problem at first was the way I exposed myself more to guys, sleeping with them and doing whatever they wanted. The exchange of girls who would have spent time and got in the base during the afternoon or night is the order of the day, but as time went on, I cared less about everything. All I wanted was to get drunk and see tomorrow.”

However, for her, that has changed as well as she is now being viewed as personal property.

She says: “During one of the nights in the base smoking and drinking, I was surprised when one of the guys I stayed with at the house asked another guy to let me go because I wasn’t for everyone anymore but for him only. I was shocked, because the norm was that anyone could

have me as long as I was comfortable with it if I was in control of my senses. Of course there were occasions when I would be too intoxicated or too high to remember whom I was with, but when I was sober I could choose.

“I only got to be quiet when he wanted to start a fight with me or anyone who would approach me. After this incident, no one wanted to sit, drink or smoke with me fearing the owner of the base and everyone would call me ‘the first lady’ up to now.

‘’I have been paying the protection, food and clothes since this day with him doing whatever he wants with me whenever he wants because he knows I need the shelter. Even when I am sick and don’t feel like drinking or taking drugs he forces me and I temporarily feel better, and thereafter he sleeps with me as and when he wants. But when I am sober, I can feel that I am worse off, but I have no choice,’’ said Natasha.

Natasha says she feels trapped, but there is really little choice between being abused by a stranger in the drug den or by her own father at home.

Speaking to The NewsHawks, the programme co-ordinator of the Zimbabwe Civil Liberties and Drug Network, Hilton Nyamukapa, said social and economic problems are fuelling drug abuse.

‘’We have conducted research on drug use among women in Zimbabwe and the report will be out soon. The reasons are mainly recreational and use is usually sustained by dependence. People cite facing problems as the reason for taking drugs, and these problems may differ by gender. We are also lobbying for de-criminalisation of drug use to pave way for public provisioning of drug treatment programmes,’’ he said.

In addition, Savanna Madamombe the programmes director of Mubatirapamwe Trust, a community activist group which has been offering counselling services to drug victims, said so many factors are pushing young girls into indulging in illicit drug use.

‘’Poor parenting skills, peer networks where ‘friends’ influence a lot, school dropouts due to limited household disposable incomes where girls are not capacitated enough to complete their education, this gap causes girls to be involved in drug/substance use. And the seeking of validation is also another critical point, where society or peer networks set ‘benchmarks’ for how girls should behave. This prompts girls to relate to bad circles because they want to fit into those circles of influence,” Madamombe said.

‘’Not to forget trauma, whether emotional or physical, also leads girls to take drugs because they are trying to numb the emotional pain. Talk of rape or sexual assault and stress disorder. Shame, whereby one is made to feel bad about herself and believe she is not good enough, let’s talk of body shaming where a girl who is obese may take crystal meth in order to get that body of a model,’’ she added.

‘’The notion of the girl child ‘sourcing protection in drug bases’ is evidently a manifestation of maladaptation. For someone who has succumbed to mental health issues, self-medicating through substance and drug use is their coping mechanism. However, the drugs impair their judgment and decision making. As such, the craving for drugs drives them to engage in risky sexual behaviours in exchange for a fix. Unfortunately, when the girl child gets hooked, she will perceive this as a fair social exchange and will never understand that she is being abused.”

Natasha is one such young woman, but there are many more.