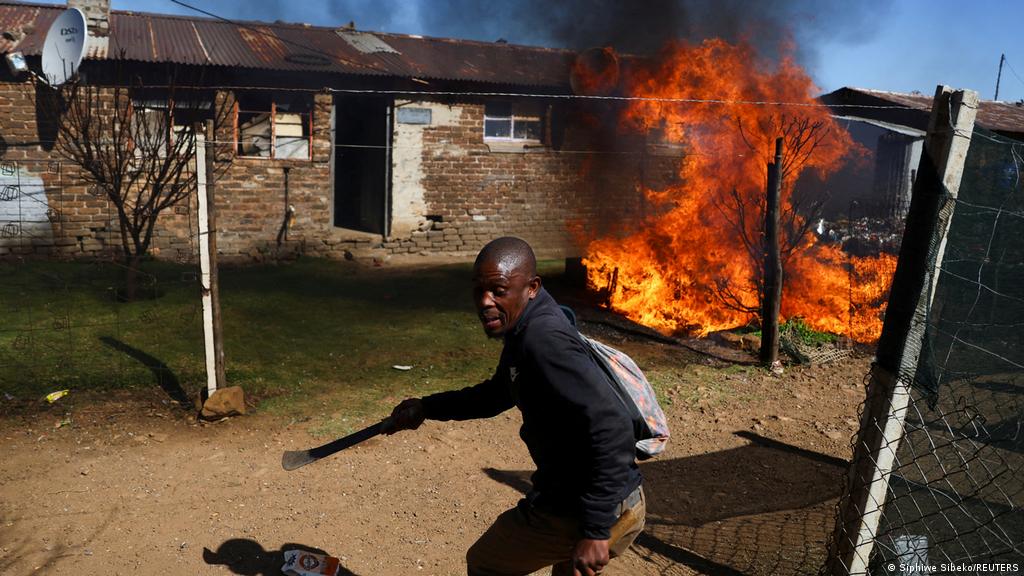 ONE of the most serious threats facing higher education and the scientific enterprise in South Africa is the rising tide of xenophobia in the halls of academia.

I did not think this was possible. One could, to some extent, understand the raw competition for limited resources on the streets of Diepsloot or the farms of De Doorns, where impoverished South Africans feel they were abandoned twice – first by the apartheid regime and then by their own leaders in the democratic period.

But in universities? They are the elites of society, the well-educated. Not exactly the marginalised poor. Many of those who work in universities gained from and are connected to international networks without which their own research and statuses would suffer. After all, the very word “university” suggests openness to the world, the universum.

It turns out, as I detail in my forthcoming book Corrupted: A Study of Chronically Dysfunctional Universities, the university in South Africa, as in the case of the (other) state-owned enterprises [in South Africa], is perceived by many as simply a concentrated resource to be stripped and from which to gain individual or group advantage.

One’s high-level ideals about a university as a place of higher learning open to the best talent (students, scholars, scientists) from anywhere on the planet can take a beating in a country that has long given up on such core academic values.

Concerned about anecdotal reports on the plight of African academics from other African countries in South African universities, our research team launched a study across the 26 public universities to generate a more systematic account of the workings of xenophobia on our campuses. It is early days in the research project but, already, our fears are being confirmed.

In the early years of our democracy, there was an openness to ordinary people and professionals from other African countries, a recognition, perhaps, of the role of the frontline states in South Africa’s freedom and a generally pan-African view of the world carried, for example, in then president Thabo Mbeki’s vision of an African Renaissance.

As the country moved on from the heady days of the mid-1990s and social and economic hardship remained unchanged for the majority of the population, those lofty ideals started to fall away, particularly in areas of poverty and underdevelopment where South Africans struggled to survive from one day to the next.

Gradually, co-existence with migrants from other African and, indeed, Asian countries was threatened as competition for limited resources was politicised around national origins. Local and even national politicians (and a former late king) saw a political opportunity in these conditions and began to mobilise and support angry South Africans against their neighbours – with devastating consequences for, especially, African nationals from elsewhere.

Such xenophobic thinking started to reflect in certain ministries and their government departments. Leaders of science councils will tell you how they receive messages from their political heads to keep an eye on the appointment or advancement of African scientists and scholars from outside South Africa.

This is where institutional behaviour becomes interesting. In some universities, those political messages are taken seriously, especially where they coincide with the xenophobic commitments of a vice-chancellor and his or her team.

For example, at one university, the interpretation of political messaging on foreigners is taken to mean that you go through several rounds of a search for an academic appointment and even when you cannot find a black South African, rather leave the position open.

In rural universities, there is a very practical logic that kicks in during deliberations on political messages from the national government. Those universities would quite literally fall apart were it not for other African academics willing to work in rural areas and uphold their academic programmes in everything from undergraduate teaching to postgraduate supervision and, of course, senior administration.

A lack of understanding about what a university is

Why is academic xenophobia a threat to the future of the South African university? It is quite simple. No university in the world ever became a global centre of academic and research excellence through nativist thinking in its academic appointments policy.

Think of what the South African academy would look like without Tebello Nyokong (Lesotho) at Rhodes University, a world leader in chemistry and cancer research; or Achille Mbembe (Cameroon) at the University of the Witwatersrand, a foremost scholar in philosophy; or Linus Opara (Nigeria) at Stellenbosch University in the agricultural sciences; or the medicinal chemist Kelly Chibale (Zambia) at the University of Cape Town. What these scholars and scientists bring to the South African academy is invaluable, world-class research that benefits all of humanity.

Together, African scholars from outside South Africa have trained hundreds of masters and doctoral students and mentored post-doctoral fellows who have, themselves, become academics in local universities. Many of those taught and supervised are black South Africans. Why, therefore, would a country struggling with the production of high-level skills shoot itself in the foot?

Because bigotry against others is blind even to its own needs, as social science research has repeatedly shown.

At the root of the problem is the lack of understanding of what a university is, and is not. I do not know of any higher education institution in South Africa that takes the time at orientation or any other forum to teach students what a university is.

Most of all, that a university has open borders that welcomes ideas and inventions from anywhere and by anyone in the world. When such core values fall away, a university is simply a training institute that produces automatons for the local markets without any sense of conscience towards a broader humanity.

I can assure you that the leadership of the Academy of Science of South Africa remains deeply committed to those foundational values that distinguish universities from government departments or those educational institutions that discriminate on the basis of national origins.

About the writer: Jonathan D. Jansen is a distinguished professor of education at Stellenbosch University and president of the Academy of Science of South Africa.–University World News.

The world according to Xi Jinping