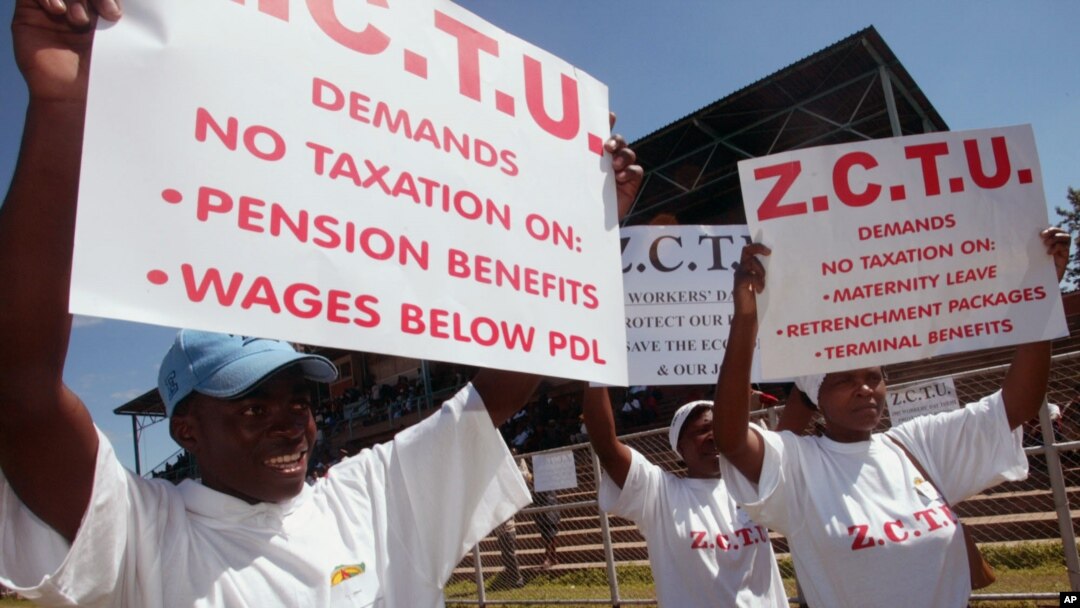 A CROWD of about 200 people sits uncomfortably on patchy grass while children, oblivious of the May Day festivities, play plastic football near the stadium.

It is 12pm at Dzivaresekwa Stadium where workers are expected to gather for their Workers’ Day celebrations.

Among the delegates are Citizens’ Coalition for Change (CCC) supporters who have come in solidarity with the labour body, the Zimbabwe Congress of Trade Unions (ZCTU).

The opposition supporters and their leader Nelson Chamisa constitute the larger part of the crowd.

Chamisa has roots in the original MDC. This week was the first time in the history of May Day that the party which was born by the labour movement had marginal to zero participation at this event.

The paltry crowd was a reflection of how Workers’ Day has lost its lustre and the decimated economy which has affected the number of workers in the country over the years.

The spiking unemployment rates, worsened by the shutting down of companies could be the reason why the ZCTU is now drawing paltry crowds.

At its peak, the ZCTU, the biggest labour union by size and membership, easily filled Gwanzura and Rufaro stadia.

At the height of its popularity, led by the legendary Morgan Tsvangirai, the union led mass stayaways and strikes that brought the economy to its knees.

The labour movement’s membership at that time was instrumental in the formation of the MDC in 1999, a party which posed a potent threat to Robert Mugabe’s leadership, coming close to winning power in the 2008 polls.

Of late, there has been mass migration of qualified personnel to South Africa, United States and Europe and that too has eroded the membership of labour bodies.

“In this week’s inflation table, #Zimbabwe takes the first prize. On April 28, I measured Zimbabwe’s #inflation at 207%/year. More than 3x the official inflation rate of 61%/yr.,” he tweeted.

The hyperinflationary environment has spooked investors or forced companies to downsize their workforces.

The brain drain coupled with the deteriorating economy has greatly impacted the workers and their ability to mobilise.

Sunday’s event amplified a ZCTU that has lost steam and grit.

Gift Chimanikire, an MDC-T official, was booed off the stage.

“I hope all those who are booing are workers,” he said as he walked off stage.

MDC -T national chairperson Morgen Komichi said the booing of the party’s representative at the event reflects a trait of violence and intolerance within the CCC party.

“I call for politics of rational disputation and tolerance. The conduct by CCC supporters at the 1 May Day must be condemned. It’s a culture of violence. It’s not acceptable. Opposition parties are not opponents but comrades in arms against Zanu PF which is in power. The economy is declining and failing because of mismanagement by Zanu PF. Opposition parties must unite into a grand coalition to fight 2023 general elections,” said Komichi.

The MDC-T fared dismally in the 26 March by-elections, amid accusations of being captured by Zanu PF.

CCC representative Tendai Biti spoke without interference amid cheering from the crowd.

He refused to comment on what the absence of workers and the booing of the party that was born by the labour movement meant for the legacy of the trade unionist tradition that the opposition used to take pride in.

The Zanu PF representative gave his solidarity speech until he finished but with minimal interjections from the crowd.

Komichi added that the workers’ plight can be resolved by uniting parties and the government for a common cause.

“This is a serious economic conflict which can be resolved by inclusive national dialogue to unite all sectors and focus on the economic agenda. Have a common vision and collectively build our nation. Politics has destroyed our economy,” he said.

The ZCTU president, Florence Mudzingwa, then gave a lengthy Workers’ Day speech but people in the crowd did not pay much attention.

She called on the government to address the plight of teachers who were demanding their pre-October 2018 salaries which were pegged at US$540.