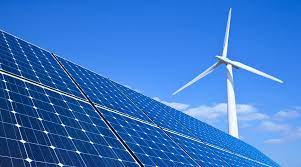 ZIMBABWE is one of the African countries which hope to address their energy problems throught renewable energy technologies.

About 42% of Zimbabwe’s households are connected to the electricity grid.

The country has huge and diverse renewable energy potential. Its sustainable energy portfolio could include solar, hydro, biomass and, to a limited extent, wind and geothermal.

Zimbabwe put forward a National Renewable Energy Policy in 2019. The policy aims to have 16.5% of the total generation capacity (excluding large hydro) from renewable sources by 2025.

This increases to 26.5% by 2030. These are among the goals it has presented to the United Nations Framework Convention on Climate Change and they are promoted in its climate policy.

For policymakers, non-governmental organisations, the private sector and some researchers, it is a given that renewable energy technologies are the answer. They could meet Zimbabwe’s growing energy demand and achieve universal access sustainably. At face value this is appealing – but the devil is in the detail.

My research looked into how renewable energy technologies are understood and how they could alleviate energy poverty in Zimbabwe.

I found that they are only one piece of the puzzle and other pieces are habitually missing. No matter how well designed and efficient technologies are, their effectiveness is linked to the country’s political economy.

Socio-economic and political factors keep conventional energy out of reach of the poor. My study shows that they can do the same with renewable energy.

These factors may even worsen inequality. Adding renewable energy technologies into the existing energy sector structures is like pouring new wine into old wine skins.

The research
I analysed how policymakers and implementers have highlighted some aspects of energy poverty rather than others.

This has led to renewable energy being touted as an antidote to energy poverty.

From the data, the following political and economic factors emerged. They explain why renewable energy is not a magic bullet for energy poverty:

Politics of energy and technological dependency
China has become a source of finance for large-scale energy projects in Zimbabwe. This is true for both coal-based and renewable energy generation.

What is seldom acknowledged is the skewed nature of this relationship. China has global dominance in renewable energy technologies. For example, the Chinese solar PV cell and module makers quickly dominated global sales.

And the country’s wind turbine producers are poised for significant exports.

The influx of cheap and poor quality Chinese goods to Zimbabwe hasn’t helped. These include electrical equipment such as solar panels.

Energy as a tool of accumulation
For China, energy poverty in Zimbabwe is an opportunity for its economic growth. The unequal distribution of economic power keeps Zimbabwe energy poor.

Accumulation is happening at one pole and energy poverty at another. To illustrate this, consider a poor rural household: would it risk investing in a solar panel and a battery knowing that the equipment might be of poor quality?

This is not only true for households, but also countries. Because most renewable energy technological resources and expertise are concentrated in China, they would need to be transferred from this region of technological dominance to Zimbabwe.

It is a vicious cycle where the powerful country invests in these technologies, sells the product in the name of addressing energy poverty, ploughs the profit back in as new investment, and begins accumulation once more.

When the interests of the private sector are put at the heart of infrastructure planning, public-private partnerships are likely to replicate the energy inequalities that served the powerful and ignored the economically weak.

Renewable energy technologies would work if, somehow, they did more for the poor than for the powerful. But in reality, the opposite is true.

Second, the flawed nature of the tendering system cannot be overstated. It is normally associated with corruption and political interference.

What is more, this elite group tends to benefit from the state’s intervention.

In a bid to address the concerns of investors and developers, renewable energy projects are exempted from customs and general excise regulations.

This is guided by legislation such as the Value Added Tax Act and its regulations. For the investors and developers, the goal is to increase supply – and for them to benefit in the process – despite the socio-economic problems and inequalities this generates.

Going forward
Renewable energy technologies are politics by other means. The way forward lies in challenging the political and economic fundamentals of this technology.

Renewable energy technologies are not a wholly independent variable in the development process – they depend on socio-economic and political relations.

If those aren’t addressed, universal energy access through renewable energy technologies will remain a dream.—The Conversation.

*About the writer: Ellen Fungisai Chipango. Is a post-doctoral research fellow at the University of Johannesburg in South Africa.