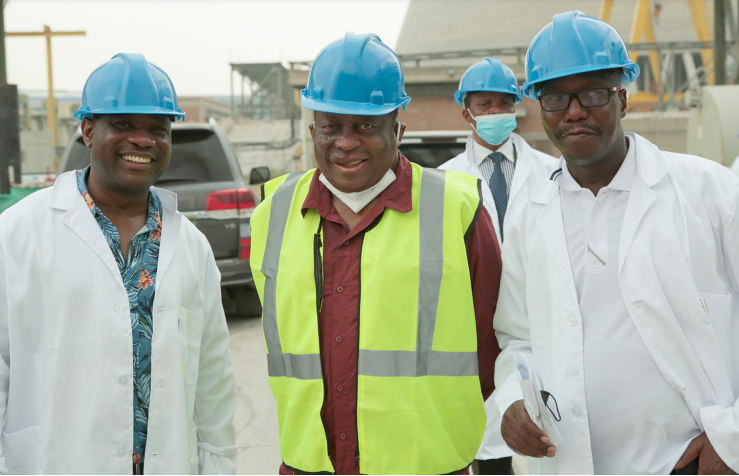 THEY say perception is reality. In public relations, it is the reality that changes perception. It is as simple as that. We often wonder why corporate executives do not get it. It is a strategic flaw in leadership when one believes that inviting outsiders to their inner sanctums, particularly journalists, is an inherently dangerous move.

It all stems from a fundamental misunderstanding of the role of media as a major stakeholder in their business. Media represents the millions of people out there who can either be their greatest supporters or their harshest critics. It is far easier and prudent to deal with the few who represent the many.

Media relations are that part of public relations that has to do with building mutually beneficial relationships between the fourth estate and an organisation. Apart from the fact that the media is an important stakeholder, as I have shown in many articles in this column, it is better to be proactive and approach them with your story than to find them knocking at your door with theirs. There are many ways in which we can effectively deploy media relations for the benefit of the organisation.

One of these is staging a media or facility tour. Simply put, a media tour refers to a planned event where company executives meet with journalists and exchange information. They discuss something newsworthy that the company is interested in announcing and the reporters could be interested in reporting on.

This may take the form of a visit to company premises or a project site so that the journalists have a feel of the situation on the ground. However, we should note that not all issues require that you summon the media cavalcade. This may fail spectacularly and achieve the opposite of what it intended when it is not planned properly.

Media tours take lots of experience and meticulous planning for them to achieve the intended purpose. We were part of such a tour organised by the Zimbabwe Electricity Supply Authority Holdings (Zesa) and the Zimbabwe Editors Forum (Zinef). I should say that it took a lot of courage for the organisation to invite media gatekeepers, the very people who okay or spike a story. Dr Sydney Gata, the executive chairperson, in his invitation to the editors, laid it bare what the intentions of the exercise were.

The media engagement, he said, was part of initiatives to reach out, engage and enlighten the media, one of their valued stakeholders, on Zesa Holdings’ mandate and operations. He said the tour was a realisation of the fact that power issues being of strategic importance to the nation, and the role that the fourth estate played in information dissemination, the engagement would familiarise the editors with the plant at Hwange Power Station and Insukamini sub-station.

Unfortunately, due to time constraints, we could not visit the latter. The tour was also to provide the media a platform to meet Zesa Holdings senior management to provide them with factual and informed content on critical questions that they and the nation would want to know.

The first question to be asked is whether there was an issue or a story worth leaving the newsroom for. Zesa Holdings had to create that need for the tour to be worth the editors’ while. Janine Robertson, in a Forbes article, asks whether your story can cut through the clutter and whether it is truly remarkable enough to inspire interest from journalists.

“Is it newsworthy and in alignment with other stories being put forth? With traditional newsrooms dwindling and editors and producers covering extensive ground, your story better be strong,” Janine says.

And so the story was indeed worthwhile, one that currently touches every Zimbabwean: that of the debilitating (and irritating) load shedding and when it will all end. One pundit put it this way: if you have an issue that affects everyone and people are talking about in less glowing terms, then you decide to invite journalists, it is like having the proverbial Barbarians at the gate, baying for blood.

One certainly cannot control what they will write eventually, a fact that was made clear by the chairperson of Zinef and The NewsHawks managing editor, Dumisani Muleya, when he made his remarks at Hwange Power Station to the host, Dr Gata. Muleya said Zesa and the media cannot always be friends.

The role of the media is to seek the truth, interrogate the facts and come up with a story, warts and all. Which is why I mentioned at the beginning that the move by the power utility was indeed daring. The success of a media tour lies in the planning. However, at strategic level, it is the understanding senior management has of the importance of the role of public relations and, by extension, that of the media, to their reputation, operations and impact.

It is problematic for the PR person to inculcate this in a potentially sceptical senior management. The appointment of Dr George Manyaya to the position of general manager stakeholder relations and welfare is a masterstroke for Zesa Holdings. If there is a person who understands the media and its effect, it is him. Here, Manyaya was in his element, backed by a dependable team comprising Prisca Utete and Shepherd Mandizvidza, who are themselves seasoned former journalists of note, as well as Fadzayi Chisveto, Zimbabwe Power C o m p a n y ’ s PR executive.

They could have not have had a more capable team with such strong media connections. On the Zinef side, there was national coordinator Njabulo Ncube taking care of some of the logistics. Hosting, transporting, and accommodating a team of over 30 high-level journalists from most of the media outlets in the country is no mean feat. I am sure that they were under no illusion how delicate organising such an important tour was. In that, they left no stone unturned. Zesa Holdings spared no cost because “media tours have the effect of guaranteeing coverage in prominent platforms within a brief space of time, making them both resource and cost efficient,” to quote Robertson.

We attended a pre-tour briefing on arrival at the power plant where several speakers, mostly engineers, gave the editors an overview of the power situation in the country. The messaging, obviously part of the elaborate preparations, was very clear.

The problems with power outages will soon be a thing of the past, as long as the interventions that the power utility had in place could run their course. As long as there was cooperation from various arms of government, notably the Finance ministry, who came under singular attack for their lethargy on guarantees for independent power producers (IPPs).

The tour of the 36-year-old generation plant and the new one under construction had all the elements of what the late General Colin Powell referred to as shock and awe during Operation Desert Storm. Talking about something is one thing, but seeing it with one’s eyes is a different ball game. All the senses are engaged and, with it, the sense of appreciation of the situation heightened which without doubt made a lasting impression. From the control room where one of Zesa’s talents extrapolated the hows and whys of load shedding, to the generation and construction sites, editors were front-row spectators of an engineering marvel.

There is no idleness in the boast made by Dr Gata earlier that Zesa engineers run Escom in neighbouring South Africa and plants in other far-flung countries such as Australia. What was admirable was that from Dr Gata right down to his engineers, there was no attempt to gloss over the challenges that the power utility was facing. They were blunt when they needed to be and were also to the point.

The intention was to make sure they did not lose the opportunity to present to the public what was being done to resolve the power issues and the complications they were facing. From a PR standpoint, it set the stage for oneon-one interaction with the man in charge and his capable engineers. The impression we got was that of a man who knows what he is doing and the high level of expectation of, and confidence in, his charges.

Dr Gata did well to guide the messaging throughout with fluent and expert articulation of his talking points. That provided the editors with a host of sound bites to latch onto. The natural, yet business-like, environment defused any tension that may have previously existed between Dr Gata and the editors, and the banter yielded an authenticity that trumped curated deliberations so common with such interactions.

In a world that has adopted virtual or hybrid events because of the Covid-19 pandemic, the media tour which may seem like old school, took advantage of the window of opportunity provided by the relaxing of stringent protocols to provide an effective and game-changing opportunity for Zesa to tell its story. The tour succeeded as a perception-shifting and myth-busting exercise for Zesa Holdings.

To quote Muleya, it changed the views some of them had about the organisation and of Dr Gata himself, whom they had previously assumed to be a “crony” of sorts, much to the mirth of the erudite engineer.

The entire tour created a lasting impression, translating into positive coverage of the issues on various media platforms. The editors left Hwange Power Station informed and wiser, and through them their readers, viewers, and listeners. Zesa Holdings as hosts ticked all the right boxes. The visitors appreciated the level of hospitality, without me going into detail.

Related Topics:Media tours
Up Next