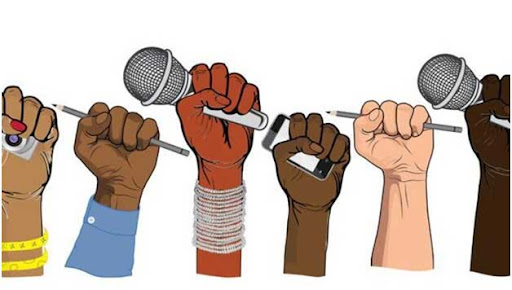 FOR the past two months The NewsHawks digital editor Bernard Mpofu, a journalist with a good track record of professional and high-level quality reporting, has been under pressure from anonymous elements harassing his relatives.

The anonymous goons, whose identity remains a mystery, but most likely state security agents, have been making threatening calls to him and his relatives over some unspecified issues, yet certainly related to his journalistic work.

It turns out the stories that are at issue are Mpofu’s news reports on a series of security matters, ranging from the coup operations, the Covid-19 attacks on President Emmerson Mnangagwa’s security aides, the Mozambican conflict deployment and Mnangagwa’s helicopter emergency landing in Sandringham in Matsvaire village in Chegutu district, outside Norton, among others.

Besides that, there have been several emergency landing incidents involving Mnangagwa’s helicopter, including in Marondera this week.

The type, scope and quality of Mpofu’s stories have clearly unruffled feathers at the top, not because there is anything wrong that he has done, but simply due to that fact that the authorities and state agents do not want such reporting which local journalists mainly stay away from.

Authorities and their agents need to be reminded of the basics so that they stop such needless harassment. They must understand the professional background and context of such reportage. The NewsHawks and its reporter Mpofu have done nothing wrong here, especially on these cases.

To start with, media freedom is now a fundamental right and thus protected in terms of section 161 of the Zimbabwean constitution.

Secondly, Zimbabwe has constitutional and international obligations to protect its citizens and journalists’ rights.

Thirdly, the stories that Mpofu wrote are true. Even those who are harassing him are not complaining about their veracity, but quite clearly their desirability, which is not an ethical question, but a security one. Even then, news values trump arbitrary and unjustified security fetters. The grounds upon which media freedom is limited are unambiguously stated in the constitution.

Fourthly, in all these cases which may be of concern to the authorities, The NewsHawks always called them to verify and seek comment. Sometimes we have had to hold the stories until we got comment.

Fifth, there is no doubt that the stories are of public interest and, on the balance, do not threaten at all the security of the nation or the security forces themselves. This is an age-old question in the media and even in associated journalism scholarship.

But what is not in doubt is that media has a vital role to play in monitoring security institutions and helping citizens make informed decisions regarding their function in relation to democracy and governance. But then again, journalists encounter numerous obstacles and challenges in reporting on the security sector and performing their watchdog function.

Governments often restrict access to information and seek to co-opt journalists, while the media may risk internalising official perspectives on perceived threats to national security, hence failing to do their job properly.

While we acknowledge the constitutional limitations on reporting on such issues and, indeed, exercise our own judgement over what may not be desirable to report on those areas considering the public good first and foremost, it is not helpful to threaten media or journalists for merely doing their job. As we say, journalism is not a crime.

If there are any issues arising, engage the journalists through the front door. Journalists are not a threat to government or the state, absolutely not. They are only a threat to those who abuse power or office, betray the public trust or are corrupt.

So when we write some of these stories we are only seeking to inform the public, hold those in powerful positions to account and ensure good governance. We cannot rely on official versions of news to do that. Reliance on that and privileging of official statements, and, indeed, a lack of expertise on security issues, can undermine the media’s ability to act as a watchdog.

To play an effective role in overseeing the security sector, journalists must have a degree of distance from government and protection from intimidation and threats. Persistent harassment and intimidation of journalists in relation to their work by security agents or political activists is a fundamental violation on the rights of journalists as professionals and citizens.

It is an affront to democracy and respect of human rights. Journalists should be given the necessary protection that is given to all citizens, as it is the responsibility of governments to protect the lives of its citizens. Threatening journalists and arbitrarily preventing them from carrying out their work is in direct violation of the constitution.

Government must lift securitisation of the media climate to create a safe and secure operating environment for journalists to operate in, and ensure the public’s right to know. That is all we are asking for. Hounding of journalists is simply unacceptable in a reasonably democratic and civilised society.

No Zim economic recovery without re-industrialisation

Why media tours are brilliant strategy for your organisation