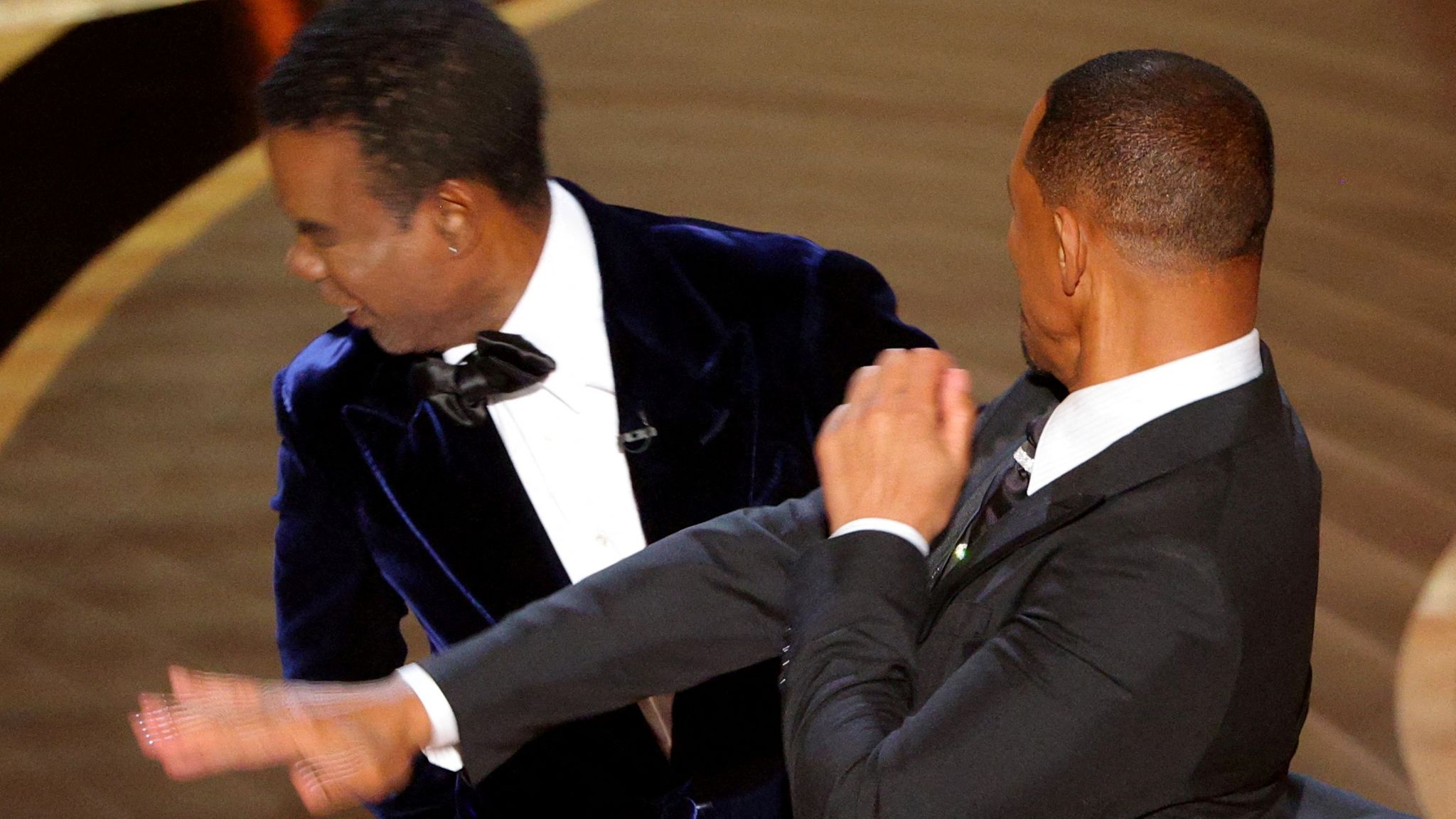 The Oscars are a celebration of the Hollywood film industry and of course across the world, the spotlight of pop culture pundits and fans alike falls on that glitzy stage to ogle the stars of the silver screen. The 94th edition hosted by Regina Hall, Wanda Sykes and Amy Schumer was eventful !

America has created this juggernaut which for a long time has churned out thousands if not millions of movies and television which have impacted societies and changed the way people live and dream. From my generation, in the township halls, we grew up on the Spaghetti Westerns, cowboy films which espoused the American Wild West ethos.

John Wayne, Clint Eastwood and Bud Spencer et al played gunslingers and hard men roaming the untamed American western frontier, fighting native Indians for their land and each other for gold, kine and land. We cheered the characters, the irony of what we are really doing lost  to us. We did the same with the Chinese staple of kung fu films as welloming to think of it. Jackie Chan and Bruce Lee were heros. Men settled their squabbles with either a gun or a flying kick or sword. Violence was just the way for settling disputes in which a man’s dignity was slighted. Self help, which is disdained today under Roman Dutch jurisprudence, was a matter of course especially when a man’s pride were involved.

The Oscars Will Smith Chris Rock moment was typically American and also typically human. It was a mistake. I will attempt to explain why.

Chris Rock’s joke was about the baldness of Jada Pinkett Smith. She has apparently lost her hair due to alopecia, a hair loss condition as per the reports and has been  reported widely and advanced as the reason why Rock’s joke was in bad taste.

Initially appearing to laugh at the0⁰ joke, Will Smith got up and walked onto the stage to go and slap Chris Rock who was stunned and to his credit appeared unruffled. The show went on with Rock saying : “this is the greatest moment in television”. No it was not. It was an awful distraction to what should have been. What should have been was something more transcendental. I will get to it.

But Rock could have hit back at Smith despite his smaller size in comparison to his attacker. Imagine that!  I have seen growing up in the dusty townships that size does not matter much in a street fight. We may never publicly know Rock’s fighting skills. What I do know is that a slap was and remains one of the most triggering things. There could have been a serious tumble on the global stage. Thankfully Rock held himself together and continued with the show like nothing had happened.

I felt that next time the gaffe can give going the Academy a justification to exclude black people altogether from the stage. In America’s storied history of racial discrimination, the perceived savagery of black folk has given detractors and racists the justification to perpetrate all manner of evils against people of African origin including such inhuman practices like lynching.

Speaking of lynching which is the arbitrary exceution of black people in America especially in the South where slavers treated other humans like property, was only this week outlawed by President Joe Biden ! Staggeringly, it was not criminal to lynch people. There was no statute to that effect. But I digress. The point I make here is that Balck people have come a long way anyway to get there where they are even winning Oscars.

It does mot help that some critics of the Black Lives Matter movement have held up black-on-black violence as a counter argument. As if to say, why should black lives matter in the first place if they do not apparently matter to black people themselves. No, the Oscars gaffe cannot be swept under the carpert. It is out there and it has beclouded a lot of things and split the black community. Some people feel that it was “beautiful”. Tiffany Haddish, a comedian herself ironically, said as much. What do comedians do by the way ?

A gangster or human moment ?

No, violence is not the preserve of the black community in America. We live with it here in Africa as war upon war ravage our continent. We have leaders who think nothing of wasting black lives in the same manner colonial regimes did. They even go beyond what the colonialists did in some cases.

Madzibaba VeShanduko was badly beaten for his political affiliation. It is standard practice. Yes as I have alreay stated, the moment was as gangster as it was human. But gangster to what end ?

Now instead of the world focusing on the Venus and Serena Williams story for which he won the Best Oscar playing Richard Williams, an inspirational black story, the focus is on Will Smith smacking Chris Rock.

The Oscar night was produced by Will Packer, a black man, for the first time. Will Smith did go on to win his first Oscar for playing the role of the late father of the Williams tennis sisters Serena and Venus.  Soul music purveyor Questlove won an Oscar for his documentary ‘Summer of Soul’, a celebration of music of black origin.Questlove’s documentary is about the 1969 Harlem Cultural Festival. The live recordings from the concerts staged at what is now Marcus Garvey Park featured performances by Nina Simone, B.B. King, the 5th Dimension, the Staple Singers, and other purveyors of black music.

Will Smith has since apologised about the incident. He says in essence that he does not promote violence in all of its forms . He rightly acknowledged how his gaffe dimmed the light on black achievement in the Arts and sporting arena.

Imagine how the Williams sisters feel? Imagine how the Ukrainian people feel? Pop culture is very powerful. The Academy responsible for the awards will reveal its formal reaction in a few weeks’ time. Chivalry is not a bad thing. I do not know that what Will Smith did advances the notion. What I know is that it does not really advance the notion of black pride.