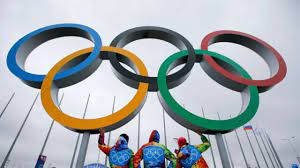 ZIMBABWE, the last name on the alphabet of nations and the last delegation to walk into the Olympic Games opening ceremony, received a warm round of applause inside the giant arena in Rio de Janeiro five years ago.

Not a lot of people would have been surprised by that kind of reception from a section of the crowd inside the Maracanã Stadium.

To the well-read and informed spectators among the big crowd, the significance of that Olympics edition to Zimbabwe was not lost on them.

To Zimbabweans, Rio 2016 marked the beginning of a new dawn, as well as the end of a glittering era.

It was the largest delegation that Zimbabwe has sent to the games since 1980 when the new African country made its Olympics debut at the boycott-hit event in Moscow.

Zimbabwe’s numbers in Rio, 31 athletes in total, were boosted by the historic qualification of the national women’s football team, whose feat – against great odds – touched the hearts of a global audience fascinated by fairy-tales.

This was one of the major two reasons why the spectators cheered and applauded as Zimbabwe’s finest sportsmen and women paraded last inside Brazil’s world-famous stadium on 5 August 2016.

The other reason for the cheers, no prizes for guessing, was Zimbabwe’s flag-bearer at Rio 2016 and Africa’s most decorated Olympian, Kirsty Coventry.

Coventry had an impeccable record arriving in Brazil for her Olympics swansong in 2016.

The African with the most Olympic medals at a haul of seven, Coventry was competing at the games for the fifth and final time, just like fellow swimmer Michael Phelps, the greatest Olympian of all time.

For Coventry, her standing in front of a global sporting fanbase was not only based on her status as Africa’s best. In Rio, Coventry just needed one podium finish to break the record of the Olympics’ most individual female swimming medals, held by Hungary’s Krisztina Egersezegi.

She did not manage to do that, but bowed out gracefully nonetheless, with an African record for the Olympic Games – the envy of even the great distance runners from Kenya and Ethiopia.

These days, Coventry occupies the office of Zimbabwe’s minister of Sports. In the pool, the southern African country is still searching for the heir apparent to her throne.

What of the female footballers who went to Rio five years ago?

A handful of them have secured professional contracts abroad. But on the whole, it has not been the smooth progression we had anticipated.

The ladies, who caught the imagination of the sporting world five years ago just by qualifying for Rio under extremely difficult circumstances, did not make it to the postponed Tokyo edition beginning on 23 July.

A paltry number of athletes, five, are representing Zimbabwe at the Olympics this time around.

The five athletes – two swimmers, a golfer, a rower and a sprinter – will be accompanied to Japan by 13 officials in a development that has courted some kind of ridicule for Zimbabwean sport, albeit from mostly uninformed positions.

The problem here, in my view, is not that some folks have not missed the opportunity of taking a dig at the composition of the Tokyo-bound delegation. We can never change ourselves for the better when we are incapable of laughing out ourselves at times.

However, when criticism ignores the fact that a lot of our athletes did not make the cut for Tokyo, we will not have started to acknowledge our problems in order to properly address them.

None of the officials going to Tokyo took the place of any athlete. It is also important to bear in mind that the Olympics are not just about the sportsmen and women who entertain us in the different events on offer.

The Olympics are also about the coaches, the technical officials, the administrators – in keeping with the ethos of the games.

Of the five athletes going to Tokyo, only two – the golfer Scott Vincent and rower Peter Purcell-Gilpin – qualified directly while the other three were beneficiaries of allocated special invitation slots.

It begs the questions: Where are we getting it wrong as a nation, and why do we continue to retrogress?

The answer lies deep is our approach to sports as country. For the most part, our athlete development is not a result of national effort.

Individual and family effort have traditionally nurtured the biggest number of our Olympians over the past four decades of participation at the games.

Thanks to the Olympic scholarships, which help to fund athletes’ training programmes and participation in qualification competitions, countries like Zimbabwe have a chance to be in at the games every four years.

But when you prefer being spoon-fed, and do not galvanise your own support system to produce more quality sportspeople, you can only blame yourself for failing to produce a decent number of athletes good enough to go to the Olympics.