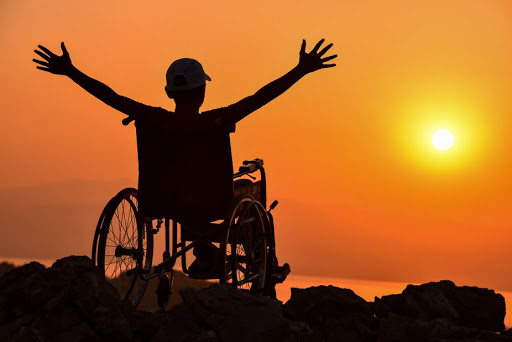 “Women hold up half the sky, but they usually do not occupy half of the seats in the positions of influence” – Marcia VJ Cran, member of UN Human Rights committee.

ONE in five women worldwide have a disability. Yet 15 years after 180 countries adopted the UN Convention on the Rights of Persons with Disabilities, we are still among the most marginalised and poorest in society, often experiencing dual discrimination.

It is vital that the voices of women with disabilities are heard when decisions are made that will affect their lives and that they are fairly represented in leadership positions across society. Unfortunately, we are still a long way from this being achieved.

In some parts of Africa, vulnerability to sexual violence, rape and HIV is aggravated by the myth that sex with a woman with a disability, particularly albinism, will cure Aids. Women with disabilities also make up the majority of those targeted by accusations of witchcraft.

Covid-19 has only made our lot worse. Research by the UN has shown that in almost all contexts and all around the world, women and girls with disabilities have been left behind in the pandemic. They have struggled to meet their basic needs, access health services, and have faced disproportionate risks of violence.

What’s worse is that most of this discrimination and violence goes unreported and unpunished. Existing laws, policies, and programmes on gender-based violence rarely address the situation of those with disabilities. It is also difficult to find quality data broken down by both gender and disability, making it difficult to get an accurate understanding of the experiences of women and girls with disabilities. We do not even have an accurate estimate of the number of women with disabilities in Africa, and so we continue to be invisible to the public and policymakers.

A seat at the table

Many of these issues boil down to the simple fact of representation and lack of it.

In 2011, the UN resolution on women’s political participation stated that “women in every part of the world continue to be largely marginalised from the political sphere”. It explained that this is the result of various factors including “discriminatory laws, practices, attitudes and gender stereotypes, low levels of education, lack of access to health care and the disproportionate effect of poverty on women”.

Over a decade later, this statement is just as true. Women still represent a minority of decision-makers worldwide, and there is no official data on the political representation of women with disabilities. For us, the barriers are even higher, and the discrimination often doubled.

Some progress has been made, but not nearly enough. Women, and particularly women with disabilities, still remain unheard in far too many decision-making processes.

This is why, in 2019, I and 18 other women with disabilities in leadership positions signed a declaration urging UN member states to fully comply with their obligations to the rights of women and girls with disabilities.

So much of the problem also lies around perceptions about what women with disabilities are capable of, including among women themselves. Pascaline Mekati Matoko, founder of Deaf Rights Cameroon Association, has said that when trying to get women involved in advocacy, “disabled women are still afraid to participate like everyone else”.

We need to change this narrative and work with women (and men) to challenge stereotypes. I love seeing the change from a woman with a disability thinking she’s good for nothing to saying “I can”.

I know first-hand the difference that having women at the table can make from my experience with the UN Committee for the Rights of Persons with Disabilities (UNCRPD). Before 2020, there was no gender parity on the committee, and in 2018 there was only one woman out of eighteen members. This meant none of the sub-committees had any women involved and their voices weren’t represented when holding states to account.

Since we have had gender parity, we have re-established the working group specifically on women and girls with disabilities. Along with the CRC Committee on children, we have launched a joint statement on the rights of children with disabilities.

Women now sit on all sub-committees. This ensures that when countries are guided on their approach to ensuring disability rights, women’s voices are represented.

It’s amazing that we have come so far, but we need to ensure that these successes are not lost and to make sure we build on them. I am part of the Equal UN campaign, which is calling for diversity and fair representation across all ten UN human rights bodies, where women are underrepresented. This is the case particularly for women from low and middle income countries and continents like Africa, and women with diverse disability types.

For the world to be truly inclusive, women from a diverse range of backgrounds need to be fairly represented in leadership roles. Governments need to commit to tackling some of the most pervasive forms of exclusion that women experience, particularly women with disabilities, and ensure that they are involved in making policies that affect their lives. We have all the methods and knowledge available to do this; it is just the commitment, financing and work that needs to be done.

About the writer: Gertrude Oforiwa Fefoame is Sightsavers’ organisational spokesperson for social inclusion. A committed gender and disability advocate, she is also a member of the UN Committee on the Rights of Persons with Disabilities, chair of ICEVI Africa and a board member of the Ghana Federation of Disability Organisations.–African Arguments.

New forms of urban planning are emerging in Africa