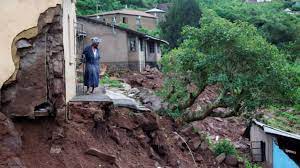 RAPID urban growth and an increasing number of climate change-related disasters, such as the recent floods  in South Africa’s KwaZulu-Natal province, have put the importance of sound urban planning in Africa in the spotlight.

Urban plans are seen as the key to achieving inclusive, safe and sustainable cities. But urban scholars have argued for decades that for plans to be effective we need to move away from the traditional way of doing things. This requires dropping a top down approach – master planning – and opting instead for strategic forms of planning that are targeted, flexible and participatory.

There are good reasons for arguing for this shift. Master plans are often viewed as colonial legacies, modelled on modernist visions of utopian urban futures. Strategic planning on the other hand responds more directly to local needs and realities, especially in the context of cities in the global South.

In a recently published article, we acknowledge these critiques of master planning. We also ask why it has persisted – indeed proliferated – from early post-colonial to recent years in urban Africa.

By tracing Africa’s planning trajectory over time we show that master planning has served the entwining interests and ambitions of international as well as local actors in Africa. The dominant Western narrative fails to take account of this. This narrative successfully explains why master planning, which once dominated in the West, has been supplanted by strategic planning approaches. But it does not engage with the diversity of practices globally.

In particular, it fails to observe the persistence of master planning traditions in East Asia (China, Japan, Singapore, Malaysia, and elsewhere) and the Middle East. It also says nothing about the influence of these regions on other parts of the world. This includes urban Africa.

We conclude that these practices are not simply a throwback to a previous era. Rather, they serve the real interests, political or functional, of national and local elites.

Colonial-era planning left an important mark on African cities, in urban segregation and regulatory systems such as land use management (such as zoning). But colonialism ended without leaving an embedded master planning tradition. Nevertheless, in post-colonial years master planning, with its focus on shaping the future, became an important instrument for asserting national identity and development.

A range of master plans were prepared for existing and new cities. They involved a diverse range of international expertise, actors and partnerships. Among them were Greek, Croatian, Hungarian and Japanese planners and architects.

The 1980s were a relatively quiet period for master planning as the World Bank and International Monetary Fund’s Structural Adjustment Programmes dominated. Then in the 1990s, international development agencies such as UN Habitat worked to introduce more strategic and participatory approaches to planning.

These were important. But they also had limitations for rapidly developing cities where strong guidance was needed for land management and the placement of large-scale infrastructure.

During the first two decades of the 2000s, there has been a resurgence of master planning in Africa. This has happened for both new and existing cities. In our article, we identify over 20 new city developments across the continent. Here master planning is about design on an empty canvas and has been undertaken mainly by large international architecture and design firms.

These new cities reflect the ambitions of individual politicians, an expanding middle class with new lifestyle demands, as well as increased foreign investor interest in urban Africa. For example, a major developer of Africa’s new cities has been the Moscow based firm, Renaissance Capital, through its property developer Rendeavour.

Much more complex is master planning for existing cities where there is no empty canvas but rather a complex set of local and international actors and interests. The Japanese International Cooperation Agency (JICA) is a big player, having prepared master plans for cities from Lilongwe to Cairo.

Singapore’s Surbana Jurong is another actor. It has secured contracts or prepared urban master plans for the Rwandan capital, Kigali and Burundi’s Bujumbura among others. The Chinese are not directly involved but have a powerful demonstration effect in the many study tours to their master-planned cities. Large firms based in London, New York, Tokyo, Beirut, Dubai, Cairo, and Johannesburg, are also involved in master plan preparation.

International interests in master planning may be geopolitical as well as economic. For example, they may be pursued in the hope that by preparing a master plan for an African city there will be downstream opportunities for infrastructure investment.

National and local actors have different interests, although sometimes there are synergies with international players. They support master planning in the hope of, for example, securing foreign investment, to mediate difficult local conflicts, to manage growth or impose urban order.

The language of master planning persists from its heyday in the mid-twentieth century to the present. But is the practice the same?

A close look suggests that contemporary master planning in Africa is complex, representing a diverse array and layering of multiple actors, visions and interests – both old and new.

Most master plans do not neatly fall into prescribed understandings of “master plans” as they incorporate some participatory elements and hybridise with strategic planning approaches. Many of these so-called master plans offer solutions which are more incremental and contextually informed than the term master plan might suggest.

In other cases, master planning, and new approaches such as strategic spatial planning, co-exist with each playing a different role. Despite the active role of international players, examples from Accra, Cairo and Kigali signal the emergence and increased assertiveness of African based planning visions, actors and expertise with local civic engagement in planning processes.

This blending of approaches and practices indicates that planning in Africa is very much alive and part of an intricate planning palimpsest that includes master planning, even if this has become unfashionable in other parts of the world. To craft plans that are better able to respond to Africa’s challenges we need a better understanding of the politics and dynamics of contemporary urban planning practice.

We cannot keep leaving women with disabilities behind in leadership

How informal sector organisations in Zimbabwe shape notions of citizenship