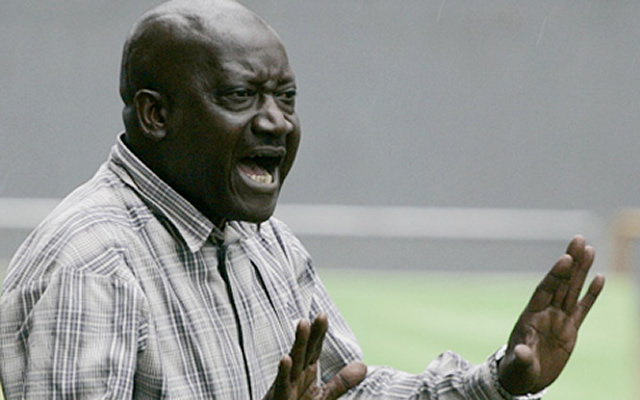 US sports writers are often ridiculed for their overdose of cliches, criticism I personally take on the chin.
Terms like “legend, great, icon” are used loosely in reference to sports stars, past and present.

Few weeks back on some forum I am, I jumped to the defence of one young reporter who in his copy had labelled former Zimbabwe football international Joel Lupahla as a “Warriors legend.”

The feedback was outright scorn: Lupahla? Legend? How many games had he played for the Warriors, and what were his achievements in those games?

Amidst the sea of disapproval, I chose to see things the other way, in support of our young friend, because truthfully speaking the label of “legend” is itself subjective.

We tend to forget sometimes that in sport – as important as trophies, statistics, longevity and all the other tangible things are – equally important is the off-field impact that stars make on their communities, their country and their sport.

It is precisely for that reason that you will see a little guy from Zimbabwe named Richard Tsimba – with just five international caps for his obscure national team – being honoured by the global governing body of his sport with induction into the World Rugby Hall of Fame, ahead of an absolute giant of the game called Alun Wyn Jones, an Order of the British Empire (OBE) recipient whose incredible 157 Test caps for superpower Wales makes him the world’s most experienced international today.

The great Jones, of course, will one day join the illustrious list of men and women that have made an indelible mark on arguably the second most popular team sport on the planet.

Tsimba, meanwhile, is there already, and you cannot say he does not deserve it.

This was a young man (may his soul rest in peace) who defied Zimbabwe’s social and racial barriers of the early 1980s to play international rugby for his country, his shade of brown skin cutting a distinctive figure among 30-odd Caucasian teammates, and often emerging as the best player in the team.

A global trailblazer so good to play in the inaugural Rugby World Cup, back in 1987, as the only black player in the entire 16-team tournament, some months before Chris Oti became England’s first black rugby international in 82 years.

A dazzling runner and lethal finisher who scored a breath-taking solo try in that World Cup, arguably one of the best ever witnessed at New Zealand’s hallowed Eden Park, one of the most famous stadiums in world sport.

Joel Lupahla was another player so quick and tricky, in his chosen sport.

This, by no means, is not a comparison of Lupahla and Tsimba.

But what I will not do is deny our young media colleague his opinion on a player who was probably his footballing hero, a player whose searing pace and trickery dazzled us and left a lasting mark, a player who enjoyed the game always and played it with a smile and childlike purity and, more importantly, a player who shared good chemistry with the fans in his shortened international career.

This is the kind of stuff that creates heroes in people’s hearts and, when they place labels of “legend or great” on their favourite sportsmen no matter how many times they played for the national team, no one has the right to dispute the fans’ choice.

I was drawn this week to a request by the Zimbabwe Football Association (Zifa) to the government, that the deceased former Dynamos footballer David Mandigora (pictured) be declared a national hero.

The request, as you would expect, was ignored by the suits and met with a typical shrug of the shoulders. Mandigora, who was 64 and suffering from diabetes, was duly buried as an ordinary citizen at Glen Forest Cemetery in Harare on Wednesday.

All things being equal, guys like Mandigora are indeed heroes, people’s heroes who made an impact in their communities during a critical era of our country’s history.

It is not up to any arm of a political party to declare such men a hero or not a hero, to declare them deserving or not deserving of a state funeral and burial at the National Heroes’ Acre in Harare.

I am not disappointed that Mandigora was denied hero status by whoever is authorised to grant such. I am not a big fan of that shrine anyway, where men of less dignity and lower standing have been honoured with entombment.

I am disappointed that Zifa – in their wisdom, or lack thereof – even attempted to force the hand of a political regime that has long lost the true sense of heroism.

One top official of the ruling party even had the audacity to rebuke fellow members of a certain forum for “making noise” over Mandigora’s hero status appeal, because it would upset the “bosses”, who would then react negatively to the request.

But it does not surprise me because this certain unrefined chap, a Member of Parliament for that matter, can never remotely be half the man David Mandigora was in his lifetime.

To excel and become a household name in pre-independence Zimbabwe – when competition was stiff because members of the other races still played football – was an achievement never to be underestimated.

Pre-independence Zimbabwe, reeling under the shackles of racist minority rule, desperately needed black heroes and public figures like Mandigora – due to their God-given talents and exploits on the sports field – gave their people hope and pride in the pursuit of freedom and fairness under the principle that all men are born equal.

Over and above, how befitting – therefore – that Mandigora would become the first person to be crowned Zimbabwe’s Footballer of the Year in 1980, the year the new universally-recognised country was born.

And then you can add on his record as a coach.

Thankfully, Mandigora was given a dignified send-off at Glen Forest on Wednesday, mainly due to the contributions of very good men and women driven by an utmost respect of their folk hero.

As I conclude this blog, I’m suddenly reminded that the person tasked with collecting condolence funds towards the funeral was in fact Joel Lupahla, a club legend of Highlanders, sworn foe of Mandigora’s beloved Dynamos.

Two men separated by age, generations and ethnic background. Yet, later in life to become bosom buddies, brothers for life, brought together by this great unifying factor called football – a demonstration of the power of humanity.

They can keep their national hero status. The people know who their heroes are.

‘You can dream, dreams don’t hurt anyone’

Beast: I was prepared to die for the dream