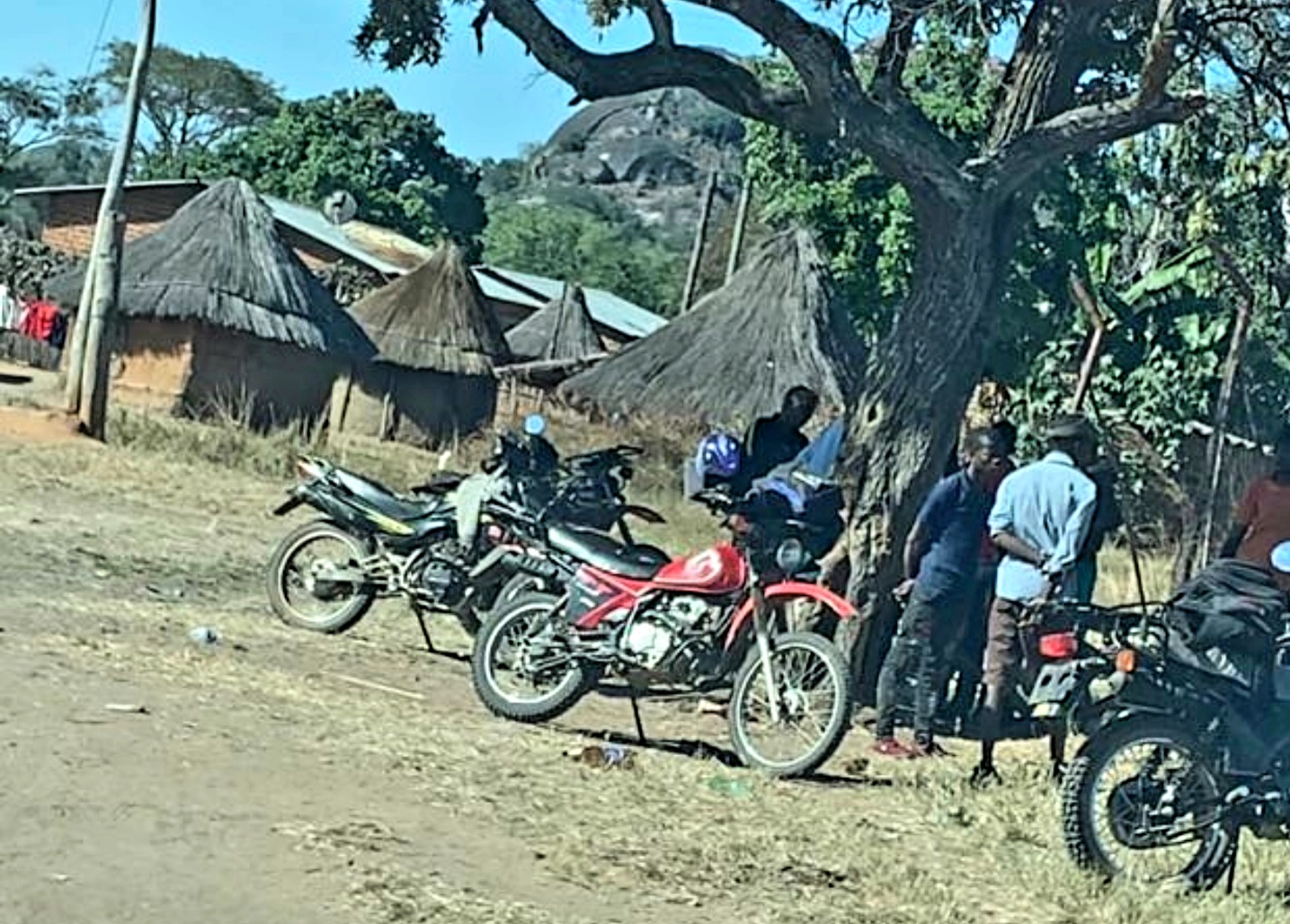 BUSINESSMAN and war veteran Frederick Mutanda frantically tried to engage Lands minister Anxious Masuka, to no avail, after dozens of Zanu PF youths riding motorcycles invaded his farm on Tuesday in a well-calculated ploy to whip him for supporting a bid to challenge the extension of Luke Malaba’s term as Zimbabwe’s chief justice.

The Zanu PF youths camped at Mutanda’s farm in Mutorashanga, Mashonaland West province, in a well-coordinated move to punish the businessman for supporting Malaba’s ouster.

The party youths accused Mutanda, who was the late vice-president Joshua Nkomo’s bodyguard, of being anti-government when he supported Malaba’s ouster.

In text messages seen by The NewsHawks, Mutanda alerted Masuka of the invasion after receiving a tip off from the police.

“Good morning Hon Minister. It’s Frederick Charles Moses Mutanda. I just want to let you know that on Tuesday morning I got a call from the police informing me of an imminent invasion of my farm by Party Youths from Harare. I went to the police station where I was briefed of the plan. I then visited the area where the local Youths had been gathered,” reads the text message.

“They had 25 motorcycles and four cars. I have sent the pictures and videos to Minister Ncube, Mr Dzinoreva and the CIO DG. Good morning Hon Minister,” further reads the message.

Masuka did not reply to Mutanda’s plea.

In an exchange of messages between Mutanda and a top official in the ministry of Lands, it is apparent that the invasion is politically motivated.

“Why would they say you are anti-government? I think you have to give detail to the Minister. If your farm wasn’t gazetted, then they can’t move in. Even if it was and government let you remain, they can’t move in. Have you also informed Minister of State?” reads the WhatsApp message.

“Yes, it is political, I don’t have the Minister of State’s number. It was gazetted but by consent was removed in 2015. I already proved that I bought the farm,” Mutanda replied.

The official replied: “This shouldn’t be a problem.”

In pictures sent to The NewsHawks, the marauding youths on motorbikes are seen parked at the farm gate while a video shows a group of youths walk from a bush inside the farm and jumping onto motorcycles parked next to the road before speeding off.

Mutanda expressed fear that the youths could harm his family.

“It’s not surprising that these Youths were sent to intimidate me and my family. My biggest concern is that the Youths get drunk and start sexually assaulting my family. It was done before. Rape is their number one weapon against perceived enemies. I am concerned about my family because they have done it before,” Mutanda told The NewsHawks.

Mutanda says the situation at his farm was still precarious.

Zanu PF has often used farm evictions as a tool to whip perceived “rogue” elements into line, with Mutanda’s ordeal being one among many cases where the party has hounded citizens.

On 11 May, Mutanda joined the Young Lawyers Association of Zimbabwe in suing the Judicial Service Commission, Malaba and the Attorney-General after President Emmerson Mnangagwa “unlawfully” pushed for the extension of the chief justice’s term by five years.

In an affidavit, Mutanda said: “With great respect, I am disappointed that more than 41 years ago as a teenager, I together with other comrades suspended the enjoyment of our youth and went into the armed struggle voluntarily to fight oppression. I envisaged a country in which every citizen would enjoy the fruits of the liberation war.

“The Constitution before its amendment is such fruit, yet the older generation are not opening opportunities for those who we fought the liberation war for. This is most regrettable; it must be corrected.”

However, despite spirited moves by human rights lawyers, Malaba was back in office this week, while the government continues to appeal the High Court ruling that Malaba cannot benefit from the constitutional amendment since he is the incumbent.

As reported by The NewsHawks in a series of articles on Mnangagwa’s power consolidation drive, Malaba has been critical to the President’s political survival.

Malaba has been Mnangagwa’s long-time ally, including when the strongman was deputising Mugabe, and while serving as Justice minister well before the November 2017 coup.

There is a sense that all the madness surrounding the failed quest to prolong Malaba’s tenure was a ploy to keep the incumbent in power beyond 2023.