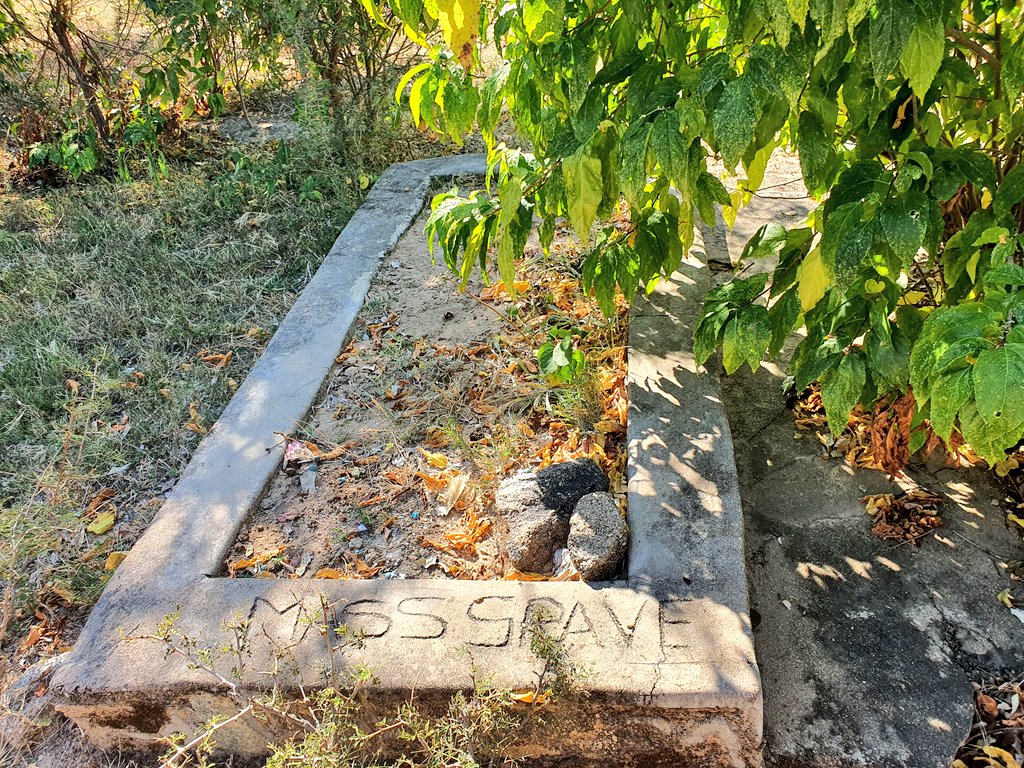 THE post-colonial, political and socio-cultural landscape, as well as the trajectory of Zimbabwe, have been punctuated by a plethora of emotive and traumatic state-sanctioned gross violations of human rights and other horrific abuses.

The most significant and highly traumatising episode of egregious state-sponsored abuses of human rights occurred on a paramilitarised industrial-scale genocidal and ethnocidal terror against civilians in the Midlands and Matabeleland provinces between 1982 and 1987.

The regions were socio-political and cultural base of Joshua Nkomo’s former liberation movement PF Zapu, which together with Zanu PF had fought the liberation struggle.

Conservative estimates say 20 000 innocent and defenceless civilians were ruthlessly terrorised and butchered by a North Korean-trained ethno-nationalist paramilitary crack team which was known as the 5th Brigade in genocidal massacres known as Gukurahundi.

It was a project of the late former president Robert Mugabe and his lieutenants such as his successor President Emmerson Mnangagwa.

Some of the perpetrators are still alive and in power, which explains why the pursuit of truth, compensation, justice and healing have been difficult. Even memorialisation or remembrance –commemoration of the grisly atrocities – has been also difficult.

No other place in Zimbabwe and affected areas aptly captures the pinnacle of the callous genocidal apocalyptic brutality and terror of Gukurahundi than Bhalagwe in Kezi, Matabeleland South province.

Bhalagwe was quintessentially a detention centre which was transformed into a blood-soaked torture and killing chamber. Naturally, Bhalagwe – Zimbabwe’s own Buchenwald – becomes the epicentre for any genuine and meaningful historicisation and memorialisation of the pain, terror and trauma of the victims and survivors of Gukurahundi genocide.

This opinion-editorial article was necessitated by the recent and repeated destruction and removal of the three Bhalagwe Gukurahundi memorial plaques over the last two years.

Author Milan Kundera once said “the struggle of man against power is the struggle against it”. Memorials are an effective means for symbolic justice for the victims and survivors and that is why the destruction of the memorials is not just a mere low-level case of

vandalism, but rather a deliberate and well-concerted effort, probably with the blessing of the state, to structurally erase, invisibilise and deface the victims and survivors’ historicity of the Gukurahundi genocide.

Gukurahundi was about the killing of a people’s identity, culture and memories as much as it was about killing individuals in communities or a society. That is why historicisation and memorialisation of the atrocity is important. It is part of the pursuit of the truth, justice and healing.

That is why it needs a collective and inclusive effort to prevent genocide and similar human rights abuses.

United Nations secretary-general Antonio Guterres put it this way: “Ultimately, preventing genocide involves all of society. It is crucial that we all join hands to defend the principles of equality and human dignity and to repair the fissures and polarisation that are so prevalent in our societies today.”

This is the message Zimbabweans need to heed and do so urgently, saying “never again”.

The convention signifies the international community’s commitment to “never again” and provides the first international legal definition of “genocide,” widely adopted at national and international levels. It also establishes a duty for state parties to prevent and punish the crime of genocide.

That is why the destruction of Gukurahundi memorial symbols is a serious issue. It should actually be made a crime.

However, since the end of Gukurahundi in 1987, which resulted in the signing of an agreement between the then opposition PF Zapu and Zanu PF, which led to a modus vivendi between the erstwhile political rivals that birthed a fragile elite political pact known as the Unity Accord, the Zanu PF government has demonstrated through acts of commission and omission that it lacks the political will and interest to establish a transitional justice mechanism for the Gukurahundi victims.

Bhalagwe was the ground zero or the Auschwitz of unprecedented genocidal extrajudicial killings. Thus, it was a killing and burial site and a crime scene that has huge domestic and international consequences to its perpetrators.

This automatically places Bhalagwe at the epicentre of any serious discourse on the production of the memory of both the victims and the survivors of Gukurahundi as well as for posterity.

Therefore, in terms of a non-trial based transitional justice mechanism, there is a concept known as the production of memory. This is where memorial iconographs and architectures are constructed and installed to mark and commemorate incidences of large-scale atrocities, violence and genocide.

Consequently, memorials can act and serve as a vital component of transitional justice through provision of symbolic justice to the victims and the survivors. Efforts by the Ibhetshu LikaZulu pressure group in erecting Gukurahundi Memorial at Bhalagwe is a very act of championing from bottom-up symbolic justice for the victims and survivors of the massacres. As such the, memorial becomes an artefact where the victims can view it as a means to an end in their long-term pursuit for transformative and redistributive justice.

Moreover, it has been proved in other post-genocide historical settings that memorials can act as a vital springboard to inclusive nation-building. Through constructing memorials, a nation will be recognising its painful and tragic past in an effort to learn from those mistakes such that the future generations will not repeat those mistakes.

Thus memorials become an educative and informative theatre where remembering the past is essential to not repeat past mistakes and pitfalls. They can become forums of “never again” preventative education mechanisms for the present generations and the future generations.

Elephant in the room

The International Coalition of Sites of Conscience holds that, like other democratic institutions, memorials should be judged against standards of independence from political caprice, transparency, participation of marginalised populations and civil society, inclusivity and inter-ethnic engagement.

Therefore, democratisation of memory production provides the global commons of the Midlands and Matabeleland provinces the fora and the opportunity to have their historical narratives and grievances to be recognised.

However, since 1987 successive Zanu PF governments have shown no genuine and serious inclination to address the long-festering untreated traumatic wound of Gukurahundi genocide.

Suffice it to say that the current Zanu PF government led by President Emmerson Mnangagwa contains Gukurahundi perpetrators and denialists who through their acts of commission and omissions continue to deny and try to downplay the magnitude of the genocidal atrocities unparalleled in the country and region.

The last one, which happened on 4 January 2022, had a degree of military precision to it as it involved the use of explosive materials that pulverised it to pieces. It is tragic and disheartening to the victims of Gukurahundi that even in their mass graves at Bhalagwe they continue to suffer from militarised violence 40 years after the massacres were perpetrated.

More worrying was the fact that the Zanu PF government did not even condemn all the previous acts of criminality and barbarism perpetrated against Bhalagwe memorials, especially on the last one which involves explosive materials.

This shows that Mnangagwa and his government are not sincere about resolving the issue.

Any serious and concerned government would have carried out an extensive investigation in order to find who is using these explosive materials to attack the memory of victims of atrocities, inflicting further insult and pain.

Due to the fact that these explosive materials can be used for other nefarious purposes such as damaging public buildings or for terrorist activities, the issue should have been treated as critical and urgent. Also conspicuous by their absence in expressing dissent and condemnation of the destruction and desecration of Bhalagwe memorials is the National Peace and Reconciliation Commission and Matabeleland Collective, among other civil society organisations. This raises serious questions about the integrity and sincerity of these organisations when it comes to addressing the historical and inter-generational injustices of Gukurahundi.

Cambodia and Rwanda provide some of the historical success stories of symbolic justice through construction and production of memorials. For instance, Cambodia has the infamous Tuol Sleng Museum of Genocidal Crimes and the Choeung Ek Centre for Genocide Crimes. These are the places used for memorialising, documenting and capturing the genocidal terror and repression of  Pol Pot’s Khmer Rouge regime that killed  millions of Cambodians.

Rwanda is christened the “land of a thousand memorials” due to ad plethora of genocide memorials that continues to mushroom across its geographical landscape. Nonetheless the main Memorial Centre is at Gisozi and the Murambi Technical School Memorial in Butare.

The reason I have included the impeccable historical examples of Cambodia and Rwanda is to demonstrate that the painful process of production of memory was successful in those countries largely because the genocidal regimes were toppled. There is irrefutable evidence showing that successive Zanu PF governments have had neither the political will nor the plan to provide and institute far-reaching transformative and redistributive justice for the victims of Gukurahundi.

This also explains why the Matabeleland Collective and the National Peace and Reconciliation Commission, for instance, have not embraced the memorialisation initiatives of Ibhetshu Likazulu. It is safe to say that genuine and far-reaching reparative, restorative, retributive and redistributive justice for the victims and survivors of the Gukurahundi genocide can only be possible in a post-Zanu PF political dispensation.

It is not practical and possible for Gukurahundi perpetrators themselves to ensure truth, justice and healing without incriminating themselves and suffering the consequences.

But in the end a solution has to be found to avoid bequeathing future generations the cumbersome burden of dealing with the genocidal atrocities, their impact and implications.

The destruction and desecration of Bhalagwe Gukurahundi memorial site is a war and insult on the memory of the victims and survivors. It does more harm to Zanu PF than anyone else.

It is an insult to the intelligence of the victims and a way of inflicting further pain on them. The move denies victims monumentalisation and memorialisation of their painful experiences and the symbolic justice that comes with it in the process.

Simultaneously, it exposes the lack of political will and insincerity of Mnangagwa’s government in addressing this issue.

Those involved in attacking and destroying Gukurahundi memorial structures and plaques are waging a war on memory are denialists and inflictors of pain on the victims and survivors of the atrocities. They are just as good as perpetrators themselves.

Attacks on memorial sites and commemorative inscriptions destroy the platform for remedial and preventive mechanisms for addressing the historical genocidal terror, trauma and pain of Gukurahundi, while inflicting more agony on the victims. That is why it should be stopped to allow memorialisation and commemoration of Gukurahundi as part of the pursuit for truth, justice and healing to ensure therapeutic recovery, closure and peace for the sake of nation-building, harmony and progress in Zimbabwe.

The context of the Chilonga land case