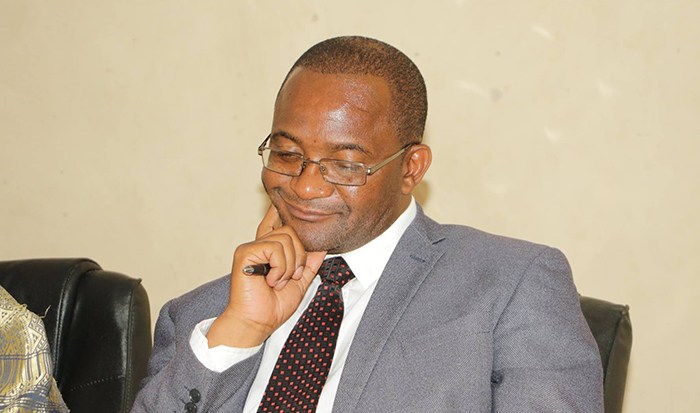 POLITICAL hawks within the MDC-T are baying for party leader Douglas Mwonzora’s blood and plotting his ouster ahead of an elective congress set for July, with supporters accusing him of leading the opposition outfit into oblivion following a succession of by-election defeats.

Mwonzora dramatically took over the MDC-T in December 2020 during the extraordinary congress amid chaos that saw ousted deputy president Thokozani Khupe being physically attacked while other contestants, Morgen Komichi and Elias Mudzuri, cried foul over how the polls were conducted.

After the “hostile” takeover, Mwonzora has led the party into two by-elections, failing to win even a single parliamentary or council seat, with supporters blaming their leader and accusing him of pushing a Zanu PF agenda.

As a result, the supporters are calling for his ouster ahead of the congress while others say he should just resign for failing to lead the party well.

There is a strong push for Komichi to take over as party leader, with supporters already throwing his name in the ring together with that of Elias Mudzuri, a former Energy minister in the inclusive government.

“What is clear on the ground is that Mwonzora was given his chance and he has failed. The Zanu PF tag has not helped him either and we now strongly think he is pursuing an

agenda divorced from the MDC-T agenda,” a senior party official told The NewsHawks this week.

“By-elections have proved to be a vote-of-no-confidence in him. In opposition politics, people vote for individual leaders to an extent that if we are to have Nelson Chamisa as our leader today, the party will start winning again. Mwonzora is not wanted and it is better for him to just resign and allow others to take over,” the insider said.

“The leader is the brand and it is the same MDC-T that used to win seats during (the late former party leader Morgan) Tsvangirai and did so in 2018 under Chamisa. What has changed is that it now has a leader who is not liked by the supporters, and that has to be addressed by congress that is if he does not have the wisdom to leave before that.”

“There is an opportunity to revive the party,” the insider said.

It also emerged that Mwonzora has lost support from several of his loyalists who now side with the Citizens’ Coalition for Change (CCC) after the embarrassing by-election defeats that confirmed the demise of the MDC-T brand under Mwonzora and the resurgence of the Chamisa-led outfit.

The MDC-T candidate for Epworth in the 26 March by-elections, Zivai Mhetu, was the first to publicly attack Mwonzora, blaming him for the party’s loss.

“The people of Epworth were clear with me. They said we want you and we can vote for you anytime, but the jacket you are putting on is not what we want,” Mhetu said after the loss.

Mhetu attempted to push for a motion to recall Mwonzora, blaming him for the loss, but was pushed out of the party before he could make good his plot.

Another candidate, Fungai Chiposi, also broke ranks with the MDC-T and is now supporting CCC while blaming Mwonzora for the party’s dismal performance in the by-elections.

MDC-T spokesperson Witness Dube said the processes have already begun in terms of grassroots structures ahead of the congress.

“We will be reviewing each organ and wards will come up with congress delegates then districts and provinces. We will then get into the nomination,” Dube said.

On reports of fights and jostling for top posts, Dube said: “We have not reached the fever-pitch levels where people disagree sharply. These are still grassroots structures.”

He said there was a parallel process taking place, with secretary for policy and research Julius Musevenzi on a countrywide tour to seek views on policy positions the delegates will discuss.