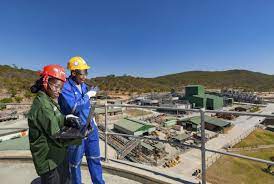 THE local unit of Anglo American Platinum Limited reported a marginal growth in output in 2021 following the easing of Covid-19 regulations and the commissioning of a new project, the company has announced.

Tonnes milled increased by 7% year-on-year following the recovery of operations from the impact of Covid-19 in 2020 and the successful commissioning of the concentrator de-bottlenecking project, which has increased concentrator capacity from around 000 tonnes per month to approximately 210 000 tonnes per month in the fourth quarter of 2021 and should lead to an annual PGM production of around 250 000 PGM ounces, the company said in its annual report.

Anglo American Platinum, according to the report, delivered a record financial performance in 2021, driven by higher PGM prices and higher sales volumes, resulting in higher margins and returns.

“Industry consensus is that 2022 will be a much stronger year, with leading automotive industry analysts LMC Automotive and IHS forecasting year-on-year gains of 12% and 9%, respectively,” the company said.

“This is backed up by tentative signs towards the end of 2021 that the semi-conductor shortage was easing, both in terms of a higher and more consistent flow of chips becoming available and vehicle manufacturers becoming more confident as to how to live with constrained supply. Covid-19 remains a downside risk to production plans.” — STAFF WRITER.