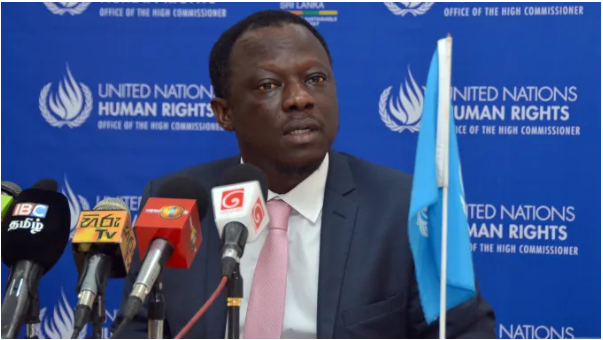 ZIMBABWE has been flagged by the United Nations as one of the countries in the world systematically threatening civil liberties by imposing laws that affects human rights including the controversial Private Voluntary Organisations (PVOs) Bill and the Zanu PF-supported Patriotic Bill.

The country was named together with the Philippines, Thailand, Turkey, and Venezuela as countries pushing for laws meant to curtail fundamental freedoms.

In a report to the UN Human Rights Council, the UN Special Rapporteur on the Rights to Freedom of Peaceful Assembly and of Association, Clément Nyaletsossi Voule (pictured), decried governments’ propensity to over-regulate civil society organisations under the guise of adhering to international principles. He said showed these countries were pushing for repressive regulations against civil society actors.

The report was issued after the Human Rights Council’s 50th session held between June 13 and July 8 2022.

“The Special Rapporteur and other mandate holders have repeatedly raised concerns about over-regulation of the sector in the guise of fighting terrorism and countering money laundering,” the UN special rapporteur’s report reads.

“Legislation being enacted or proposed is often disproportionate to the risk and is frequently exploited by governments to curtail freedoms of association, peaceful assembly and expression e.g., the Philippines, Thailand, Turkey, Venezuela (Bolivarian Republic of) and Zimbabwe.”

The PVOs Amendment Bill in Zimbabwe has been heavily criticised locally and internationally, with observers saying it was one of the many strategies by President Emmerson Mnangagwa’s administration to silence critics.

The government argues the proposed Bill is meant to comply with recommendations of the Financial Action Task Force (FATF).

“These laws and regulations are often characterised as being necessary in order to comply with the Financial Action Task Force’s standards, with language copied from recommendation 8 and its interpretive note,” Voule noted.

“Notwithstanding the references to the task force’s recommendation 8, the laws are generally inconsistent with the task force’s requirement that laws be focused on those civil society organisations that have been demonstrated to be at a high risk of abuse for terrorism financing and that such laws be proportionate to address the risk identified.”

In March 2022, Zimbabwe was removed from the FATF grey list following an on-site evaluation exercise conducted in January after it was placed on the list following a number of deficiencies in its implementation of the Anti-Money Laundering and Counter Financing of Terrorism Standards.

However, despite being removed from the grey list, the Zimbabwean government is going ahead with the Bill that has been frowned upon by stakeholders.

Zimbabwe is set to lose close to US$1 billion in potential income if the Bill sails through and some non-governmental organisations are blocked from operating in the country.

At the tail end of last year, three UN special rapporteurs implored the Zimbabwean government not to proceed with the law, but so far the pleas have fallen on deaf ears.

In early 2022, the Media Institute of Southern Africa (Misa), working with IFEX, presented a petition that was signed by more than 20 partner organisations to the government of Zimbabwe urging the authorities to rethink the law.

Endangered black rhinos must be protected