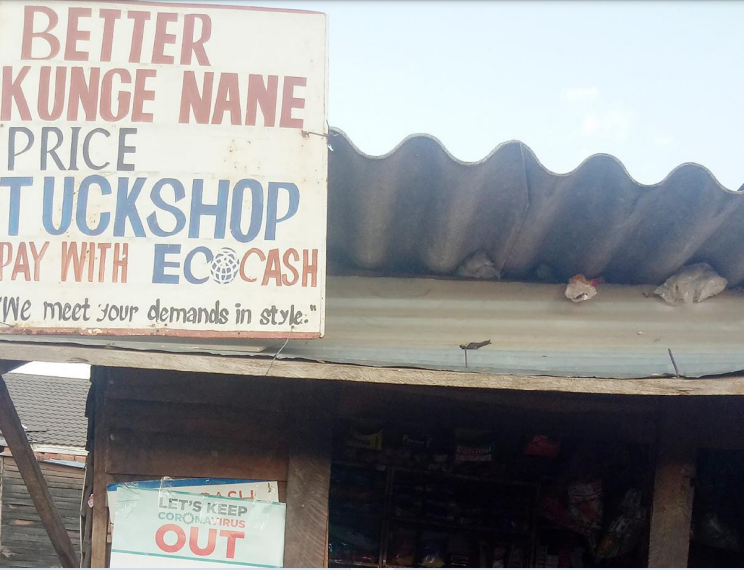 LARGE retail outlets are losing business to informal tuckshops and vendors that are selling basic commodities at significantly lower prices, helping hard-pressed citizens to salvage an otherwise bleak Christmas holiday, a snap survey by The NewsHawks has shown.

Bargain hunters have been thronging downtown Harare in search of basic commodities, while avoiding major shops within the central business district.

Traditionally, people buy from large retail outlets at this time of the year, snapping up discounts and benefitting from promotions during the festive season. With vendors paying no tax and rentals, their pricing models on basic commodities have been lower, thereby putting major retail outlets under pressure.

A 20kg case of Hullets brown sugar is pegged at US$19.50, US$9 lower than the US$28.50 charged by Pick ‘n’ Pay supermarkets, one of the major retail outlets in Zimbabwe.

Most mainstream retail outlets have been marking their prices in Zimbabwe dollars, which has seen basic commodities becoming more expensive if converted to United States dollars.

For instance, a two-litre bottle of cooking oil in Pick ‘n’ Pay is costing ZW$3 169 using an exchange rate of 1:700 – which translates to US$4.53, against US$4.20 charged by downtown tuckshops. Other Christmas staples like rice have also been expensive in retail shops, while being affordable in the downtown tuckshops.

A comparison showed that while a 20kg pack of Mahatma Rice is costing ZW$19 690, which is lower than the US$21 charged downtown.

Using the 1:700 rate, the price translates to US$28, showing a US$7 difference. Mealie-meal, another basic commodity, has become more expensive in major retail outlets, with a 10-kilogramme bag costing ZW$5 699, which translates to US$8.14.

Mealie-meal prices have risen since April when the Grain Marketing Board (GMB) increased the prices of maize and wheat to millers by 41% and 15% respectively.

Choppies, a major supermarket chain, has been marking the majority of its goods in local currency, while marking other basic commodities like soap, rice and sugar in United States dollars. Shoppers who spoke to The NewsHawks said tuckshops have been buying downtown, due to the low prices, prior to the festive season.

“The only challenge you have here are thieves, but you get the goods cheaper as you move to tuckshops in the downtown area. They charge varying prices which may differ from the main shops like OK and others.

“They also use better exchange rates which are important when saving,” says a consumer who spoke to The NewsHawks.

With the cost of living continuing to skyrocket, ordinary Zimbabweans have been struggling to access basic commodities, hence the popularity of informal tuckshops.

According to the Zimbabwe National Statistics Agency (ZimStat), the total consumption poverty line (TCPL) for Zimbabwe rose by 2.5% to 27 297 per person in September from ZW$26 622.83 recorded in August. This means an individual required ZW$27 297.53 to purchase both food and non-food items as at September 2022 in order not to be deemed poor.

The food poverty line represents the amount of money that an individual needs to afford the required energy intake of 2 100 calories, according to ZimStat.

This means people have to pay more when they buy food, pay bills and access other services, which has seen people turning to tuckshops and vendors for cheaper basic commodities.