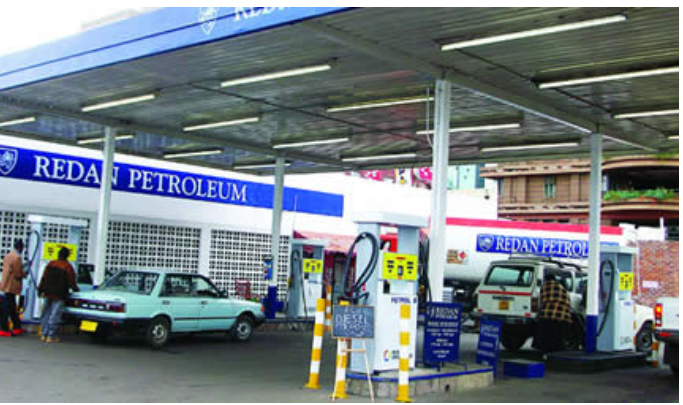 TREASURY has directed government departments to stop redeeming fuel coupons from Redan after it emerged that the fuel retailer was supplying half the face value of Direct Fuel Import coupons.
Last year, a number of petroleum marketers announced that they would slash by half the amount of prepaid fuel that was paid for in local currency following the depreciation of the Zimbabwean dollar against major currencies.

BERNARD MPOFU
“It has come to Treasury’s attention that most Government’s Ministries, Departments and Agencies (MDAs) are holding large volume based fuel coupons which are being forced to redeem by one of the fuel suppliers for half the stated quantity for Direct Fuel Import coupons,” wrote Finance secretary George Guvamatanga in a letter addressed to senior government officials.

“Treasury is of the view that this practice by the said supplier is unfair and is short changing MDAs, who all things being equal should receive the full value stated on volume based coupons. In this regard, Treasury together with the Ministry of Energy and Power Development are currently seized with engagements with the said supplier regarding redemption of fuel coupons by MDAs for full value.
“Therefore, MDAs are being directed to stop redeeming coupons and those who had already redeemed some coupons with this supplier should provide the details on the quantity redeemed, including the unredeemed coupons to facilitate engagements with the supplier.”

Efforts to get a comment from Redan were in vain. Contacted for comment, Guvamatanga said: “I have been on leave but let me check if an official response has been received from Redan.”

Following the outbreak of the Covid-19 pandemic, government further eased regulations in the fuel sector.

A new statutory instrument which allowed consumers to use free funds to purchase goods and commodities in foreign currency resulted in improved fuel supplies.

A change in the pricing formula of the commodity eliminated the arbitrage opportunities. In May this year, the Reserve Bank of Zimbabwe announced that it has removed the subsidy on fuel and, in one fell swoop, the long queues that many had become accustomed to disappeared.

“The Reserve Bank of Zimbabwe is pleased to advise the public that with effect from 21 May 2019, the procurement of fuel by the Oil Marketing Companies (OMCs) shall be done through the interbank foreign exchange market,” the central bank said in a statement.

“There shall be only one foreign exchange rate to be used in the market for the importation of all goods and services.

“This means that the 1:1 exchange rate that was being used by OMCs for the procurement of fuel will be discontinued with immediate effect. The new position is necessary to promote the efficient use of foreign exchange and to minimize and guard against incidences of arbitrage within the economy.”

Complacency can wipe us out: Mahomva warns