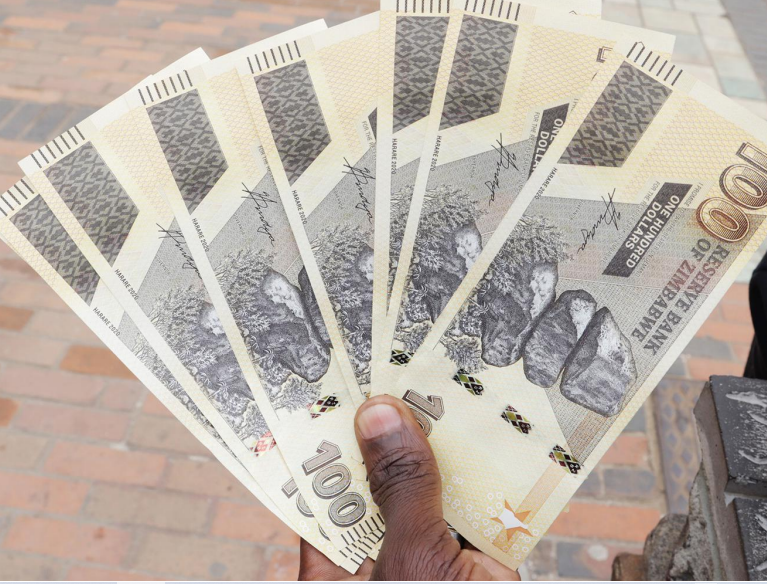 THE Zimbabwe dollar is headed for a tragic end as retailers and manufacturers this week brazenly displayed their preference of a more stable US dollar, analysts have said.

This week, government officials fumed over an apparent rejection of the Zimdollar, issuing threats to retailers selling certain products exclusively in the greenback.

While authorities are in sixes and sevens trying to salvage a tumbling Zimdollar, which has lost significant value over the past two months, a different situation is obtaining on the market. The saying, “you cannot rig the economy,” is ringing true, just a week after the monetary authorities announced they were introducing gold coins as a store of value.

Pictures of “US dollar only” signs from top retail outlets flooded social media this week, signifying a tragic end to the fairy tale of a “strong” local currency. As the government alleges economic sabotage, the forces of supply and demand continue to carry the day.

It is apparent that the Zimdollar has failed to spark and any further insistence on the contrary could spell doom for the economy. The Confederation of Zimbabwe Industries (CZI) warned that retailers would soon reject the Zimdollar.

And it did not take a week for the accurate prophecy to play out on the market. Policy interventions implemented by the authorities over the last six months to protect the local currency and rein in inflation, such as a temporary ban on bank lending and imposing an interbank exchange rate have so far failed, the CZI said last week.

“Although year-on-year inflation has been on an upward trend since August 2021, there is a noticeable exponential increase since March 2022 which is threatening to lead to hyperinflation if sustained,” the CZI said in a report dated 5 July to its members. “This also means that policy is losing the battle with respect to protecting the local currency as there is a risk for it being rejected in the market.

“With prices of goods increasing over a month at rates that are well above what our counterparts are experiencing over a period of 12 months, it implies that Zimbabwe’s industry is at a disadvantage and if things continue in this direction, the industry will struggle.”

What is unsettling is how the government keeps ignoring the advice of experts as it continues to proffer failed policies.

Last month, Finance minister Mthuli Ncube gazetted the US dollar as legal tender for the next five years, a smart move considering waning confidence in the economy. This was in the hope that the investors who have been shelving investments would be encouraged to pour funds into the moribund economy.

He admitted last month that the economy was suffering from a lack of confidence. Ncube and others in government are now confronted with lack of confidence in the local currency. Zimbabwe, which had dumped its currency in 2009 after a hyperinflationary period that decimated its value, brought back the Zimdollar in 2019.

The economy has not recovered since, amid renewed fears of hyperinflation as inflation more than doubled in June to 192%. Lack of confidence in the local currency played out this week, with top beverage producer Schweppes Zimbabwe pricing its products exclusively in US dollars. It did not take long before this move attracted a reaction from the authorities. Finance permanent secretary George Guvamatanga revoked Schweppes’ duty waiver.

His boss, Ncube, also weighed in, saying:” We are quite aware that some retailers are putting stickers to say this product can only be bought in US dollars. I want to make it clear and categorical that it is totally unacceptable, and as a government, we will not allow that.”

“We will withdraw licences, and already we have withdrawn the duty rebate licences to allow companies to import. We will not allow this. They are breaking the law. The law says that citizens or anyone approaching a shop should be able to use currencies within the multi-currency regime. We absolutely cannot tolerate this kind of nonsense.”

Earlier in the week, Reserve Bank governor John Mangudya said Zimbabwe had no capacity to fully re-dollarise, in an apparent attack on certain quarters pushing for exclusive use of the greenback.

“This economy has no capacity to fully dollarise. The preference might be there, which is emotional. I feel the emotion, but the capacity to re-dollarise this economy is not there.”

Economist Gift Mugano said: “Look at this new pricing regime. This is reality. I know some colleagues will say all sorts of things to defend their failed policies, but it doesn’t change the reality. Economics is a field which doesn’t respect propaganda or emotions. Unfortunately, the toolbox is now empty!” Mugano’s assertions are alive to the realities on the market, which at times elude the authorities.

According to Professor Steve Hanke’s currency watchlist, Zimbabwe is in second to the Venezualan bolivar. Hanke, who has in the past described the Zimdollar as having plunged into a death spiral, believes Zimbabwe’s inflation figures are higher than the 192%.

Former Finance minister Tendai Biti, who is credited with turning around the fortunes of Zimbabwe’s economy after the hyperinflationary 2008 period, believes the government had failed to rein in the economy.

“The economy has exposed them. As we have always argued, you can rig an election but not the supermarket. They have failed and failed in absolute terms. The worst government in the history of governments.”