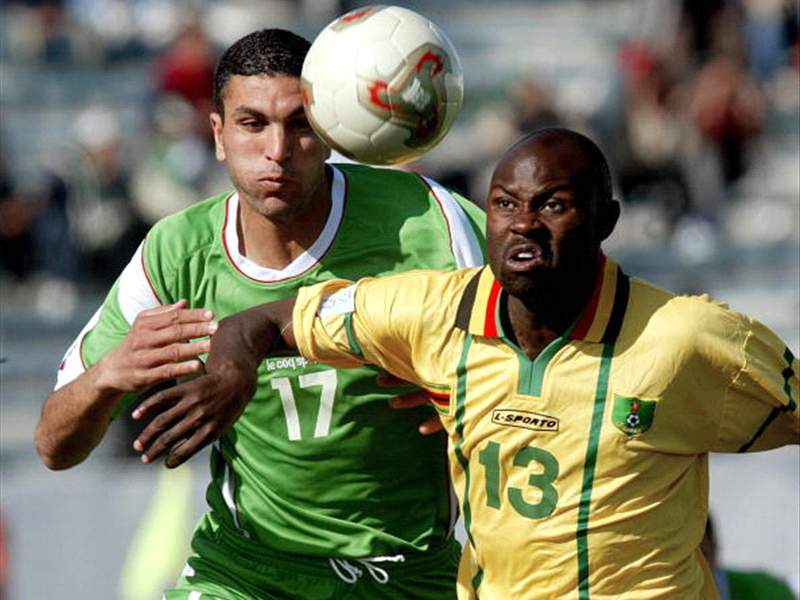 IN a fit of rage, with frustration slowly settling in for the international football newcomers, David Nyathi struck the ball hard into Adam Ndlovu’s body — from close range — right in front of Malawian referee Henry Mwafulirwa.

Nyathi, South Africa’s roving left-back, had however chosen the wrong man to vent his spleen on, for he was never going to draw the same aggression from the Zimbabwean striker, an exemplary player always and one of the finest gentlemen you will ever see in this game.

It takes a great deal of restraint to ignore provocation in an international match of such profile, especially for somebody like Adam (now late) who possessed the appropriate physique to throw his weight around a bit if he wanted.

There is also the fact that the challenge that had infuriated Nyathi was from minimal contest, which is really permissible in a contact sport like football.

The dissent showed by the Bafana Bafana fullback would, at worst, attract a sending off today, and that it was not the case back then, only getting away with a yellow card, proves how much football officiating has changed over the years.

Nyathi’s reaction, though, would be totally understood in the context of the professional era of sport prevailing nowadays, particularly the enormous global passion associated with football.

The little incident with Adam Ndlovu took place back in 1992 in a historic Africa Cup of Nations qualification match in Harare between the hosts and South Africa, our neighbours’ first international football match since transition to democracy and eventual end of international sporting sanctions.

It is hard to believe that next year marks 30 years after the birth of this great trans-border rivalry, which commenced with a thumping 4-1 win for the Zimbabweans in front of a sell-out crowd in that match of 1992.

A Peter Ndlovu penalty, then another wonder goal by him – that second effort only the beginning of many strokes of artistry by the brilliant Warriors forward – completed the legendary former Zimbabwe captain’s brace.

Vitalis Takawira had given Zimbabwe the lead in the first half before Rahman Gumbo fired home, from outside the box, a beauty that would bend and dip on target past South Africa’s goalkeeper Mark Anderson.

The late Sam Kambule pulled one back for South Africa before Peter took the game way from Bafana Bafana, sending the partisan home crowd into a frenzy.

Thereon, we can safely say one of the fiercest neighbourly rivalries on the African continent came into existence.

I have thoroughly enjoyed the contests – just like the players that have had the privilege of taking part in these neck-and-neck battles – from the high-stakes qualifiers, the friendlies and the Cosafa regional championship games.

“Neck-and-neck” here also carries a literal sense, because, boy oh boy, the intensity in some of the clashes has been something to savour.

One match that I particularly remember fondly is a friendly international eight years ago, won 2-1 by Zimbabwe at Soweto’s Orlando Stadium. Tackles flew in, opposing players pushed and shoved each other off the ball in heated confrontation – rubbishing the concept of a friendly match as you might know it.

I have always considered all this as good for competition, if you think about the history of these two nations. It is a spectacle, and a healthy rivalry.

What was not healthy, though, was the tragic episode of 21 years also, the darkest chapter of the trans-Limpopo rivalry, when Zimbabwean police senselessly fired teargas into the crowd at Harare’s National Sports Stadium, resulting in the death of 13 fans from the ensuing stampede.

Bafana Bafana forward Delron Buckley’s ill-advised decision to celebrate his second goal provocatively in that 2-0 defeat of Zimbabwe, in front of the home crowd, resulted in a few fans hurling harmless missiles onto the field.

Instead of apprehending the few bad apples, the rogue officers sprayed the mace into a packed stand of the ground, causing the mayhem that claimed innocent lives.

Others, quite justifiably, point out to the rising political temperatures in Zimbabwe at that time as an indirect cause of the tragedy.

Amid economic crisis and widespread discontent across the country, a fiercely popular movement then changing the political discourse of our country had been formed around that time, and the police was criticised over its heavy-handed response when sections of the big crowd erupted into chants praising the new political formation.

Two decades on, neither closure nor peace have been delivered to the families of the victims, a very sad reality of this country’s justice system.

I mean not to re-open old wounds, but regrettably this is part of the history of rivalry between these two great nations – something that must never ever be allowed to happen again.

In a couple of months’ time, in June, Zimbabwe and South Africa will resume the terrific rivalry at an interesting time for the game in both countries.

Of course, outside Bafana Bafana, there are other teams to contend with in Group G of the qualifiers: Ghana and Ethiopia.

But in our part of the world, they do not come much bigger than Zimbabwe versus South Africa for a place at the greatest sporting showpiece on the planet. Compared with the Africa Cup of Nations, competition for World Cup qualification is much tougher in Africa because there are significantly fewer places for teams from this continent at the finals – just five come from here.

Between the two neighbours, Zimbabwe and South Africa, the latter know how it is like to be at the World Cup. Bafana Bafana have featured there three times – qualifying twice and hosting it once – while the Warriors have not been to the tournament at all in their history.

History is on Bafana’s side when the two rivals clash in their two ties, but then the Warriors should feel that the time to turn the tide is now, more than ever before.

Zimbabwe, with an exciting new generation of potential stars, are heading to Cameroon early next year for their third consecutive Africa Cup of Nations appearance.

In contrast, it will be the second time in three tournaments that South Africa will be missing out from the Nations Cup finals, having failed to qualify for 2017 and 2022.

The World Cup qualification campaign is a different ball game altogether, trust me. What an opportunity, nonetheless, for Zimbabwe not only to grab the bragging rights of the trans-Limpopo derby, but also qualify for a World Cup that is probably long overdue.