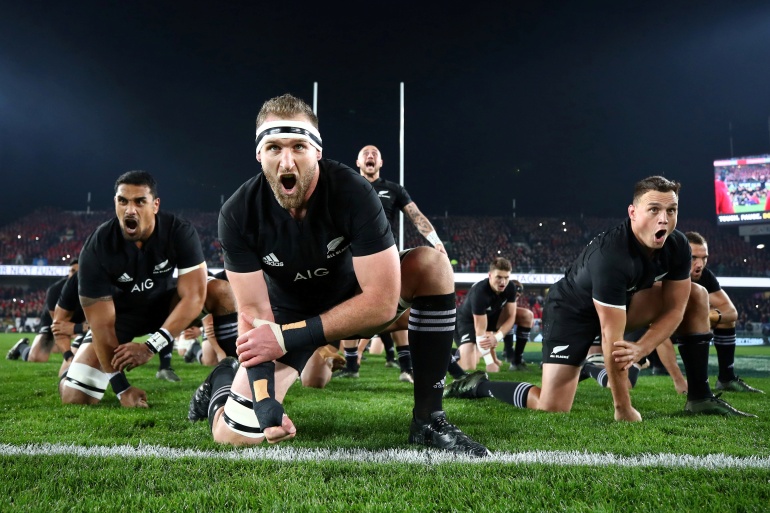 IF you fancy the underdog, then New Zealand’s stunning win over South Africa in the first Test is just what you wanted to see.

It has left the two-match series delicately poised, and the final Test extremely watchable.

The home side’s thumping innings and 276-run win in Christchurch was their first Test victory over the South Africans in 18 years, and in 45 attempts in the longest format of the game overall.

If the Kiwis return with their all-round dominance from the first tie to win the second Test that started this Friday, they will record a historic first series win over South Africa.

It will be a major achievement for New Zealand, an epic conquest of a country with whom they share the world’s greatest rivalry in rugby, but then a rather lop-sided one in cricket.

But then, the New Zealanders, one gets the sense, are no longer content with just being a dominant force in rugby alone.

Sure, New Zealand’s netball team, the Silver Ferns, are a power in the sport, current world champions after winning the World Cup in Liverpool in 2019.

But come to think of it, in 2019 when the Kiwi ladies defeated trans-Tasmanian rivals Australia to lift their fifth World Cup title, a wider global sporting fanbase will probably remember better New Zealand being runners-up to England in the Cricket World Cup in the same year.

It is an attitude that may change in line with a new universal thrust of equality. But, even so, the result of the second Test withstanding, the Kiwis are pushing hard to get their cricketers to compete with the best in the world at the same level as their rugby and netball sides.

Cricket, like rugby, is also a traditional Kiwi sport. They have consistently punched above their weight, recording some noteworthy achievements over many years. A Test milestone over a Proteas side that has travelled to the Shaky Isles, tails up following a home series win over India, will bring a whole new dimension to the sporting rivalry of these two powerful nations.

I always like to look at things the other way in discussions like this one, even bringing it down to our levels here in the second to third-tier worlds of rugby and cricket.

Parallels can be drawn – never mind that it is totally different worlds – between the South Africa-New Zealand scenario and the rivalry of Zimbabwe and Namibia in Africa.

Since Zimbabwe were the only African team at rugby’s earliest World Cups in 1987 and 1991 – and then Ivory Coast surprising everyone to clinch the sole spot in 1995 – it has been Namibia qualifying with real dominance in Africa for all the past six straight editions.

Even on the occasions when Namibia’s closest rivals on the continent had done nearly everything to end the stranglehold – like Zimbabwe in 2015 and Kenya in 2019 – the Welwitschias still found a way to leave their challengers dreaming again for another four years.

But rugby has always been the one sport that put the Namibians on the map, well, until now.

When Zimbabwe’s cricket was at its strongest, a schoolboy select side could so easily beat the best Namibia had to assemble.

Between 2009 and 2011, Norbert Manyande, an ex-Zimbabwean township cricketer who had featured in just a handful of first-class matches for Mashonaland and Manicaland back home, was good enough to play for Namibia’s national team after moving there to coach.

But Namibia has not been sitting on its laurels. People with good knowledge of the sport were incorporated into the system, including employment-seeking young coaches from Zimbabwe who were hired to equip keen young Namibians with skills of the game.

Ultimately, Namibia, with sound structures now in place, realised that they too could play this sport more competitively than they probably imagined. No more did they want to be everyone’s punching bag.

Players, coaches, officials, sponsors and fans alike all bought into the vision – and helped a great deal by the South Africa connection – the national team has been playing unbelievably brave cricket, an invigorated version of meek Namibian sides of the past.

Namibia have been to the 50-over World Cup before, but their maiden T20 World Cup last year was the culmination of the hard work and sacrifices they have put over the past 15 years.

The Namibians reached the tournament in the UAE at the expense of Zimbabwe, who did not contest the qualifiers because they were serving a suspension by the International Cricket Council. Namibia nonetheless made the most of it, beating Ireland and Netherlands in the first round and exiting with a Super 12 win over Scotland.

So while Zimbabwe will be trying to figure out how to knock the Namibians off their perch in rugby this year in a World Cup quest, our cricketers must also brace for a new threat from the Land of the Brave.

Harare and Nairobi to Moscow and Kiev: what a week for Fifa!