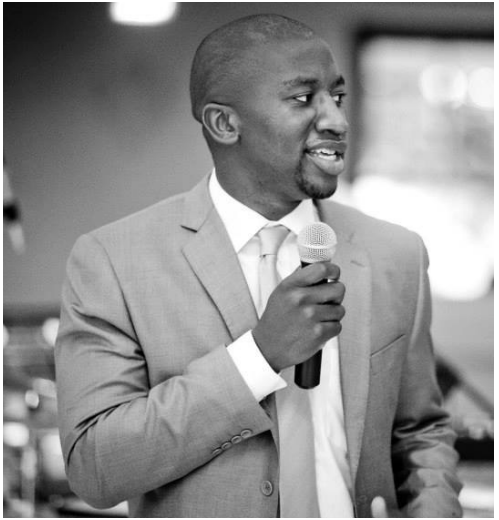 I GUESS it has something to do with values that this special game instils in people. Because of the camaraderie and brotherhood involved, it is easy for those who do not go far in their playing careers, or those not of desirable shape and size, to selflessly fit into other roles.

It is a global culture of rugby, an ethos that drives young people to stay in the game, offering themselves to the service of their sport, some having gone through the great anguish of a career-shattering injury like Modreck Makotose.

He was only 33 when he passed on in 2011, a father of three young children and development manager of the Zimbabwe Rugby Union (ZRU) at the time of his death in Triangle following a short illness.

A very close friend and confidante, we spent countless hours together on numerous occasions, many fond memories and experiences shared for years.

And then suddenly he was whisked away to another place, with his whole life and career ahead of him.

Quite a lot about his passing left a huge emotional scar on me – being one of the last people to see him in good health following a night out together one Sunday before we said our farewells for yet another weekend. Fatefully, it turned out to be the last time.

It was probably the first instance in my adult life that somebody so personally close, outside family, had died.

Death became real thereafter for me as relatives, colleagues and other acquaintances have followed to the Pearly Gates over the years.

Modreck had learnt his sports earlier in his hometown of Chiredzi at Murray McDougall Primary School, a multi-racial countryside jewel where children of all colours participated in all sorts of codes: cricket, rugby, swimming, hockey, tennis, athletics.

Proceeding to boarding life at Plumtree School, he continued to excel in sport alongside his younger brother Cleopas Makotose who, years later in 2005 – aged 23 – became one of the youngest men in history to be appointed Zimbabwe’s rugby captain.

As for big brother Modreck, fate had not always been kind. A near-fatal road accident in Bulawayo, his birthplace, left him battling for his life at Mater Dei Hospital in the city in 2004.

That week Modreck, a rising star at Bulawayo club giants Old Miltonians, had just deservedly earned himself selection into a provisional squad of Zimbabwe’s national team, the Sables.

He would be discharged from hospital thankfully, but with a damaged leg, his career finished before becoming a Sable, a dream he later lived through his brother who proceeded to captain his country.

At ZRU, Modreck worked in different roles under three presidents of the union who possessed different administrative styles and even personalities.

Bryn Williams – smooth-talking and exuding quiet dignity, with the kind of natural diplomacy that normally propels such men to positions of influence in international sporting bodies.

Themba Sibanda – a thriving young Harare entrepreneur, media-shy, known to generously share personal resources with the game, yet never one to seek publicity for it.

Bruce Hobson – easy-going but hands-on and highly-driven, never afraid to ruffle a few feathers. With such kind of exposure, I felt Modreck would have stood in good stead, had he lived longer, to perhaps seek a higher position in the game.

ZRU was also a training ground, and their office manned by the super trio of Modreck and his colleagues, Yeu Gandawa and Edson Sandako, was an oasis of youthful proficiency.  Good Lord, Eddie is also now gone.

He passed on last year, in his early 40s, also after sudden illness. Forever he will be remembered as a good guy, the general administration chap of the union who went quietly about his business behind the scenes.

He did not have a strong rugby background, but all the same was an important man in the ZRU chain.

Smile on his face and t o w e r i n g above everybody, he wound be there earlier than everyone else to made sure that grounds were ready, that changing rooms were to the teams’ liking.

Team managers knew their jobs were easier with Eddie around. In another tragic development, this week we learnt of a horrific accident that claimed a young man whose spheres of influence had garnered huge respect for him due to remarkable deeds.

Tangai Murangari (pictured)– Tank his nickname – was a very good example of somebody born to lead, a genuine youth role model who took on the responsibility to help mould his generation into better citizens and good leaders.

Tank had a way with people so his role as manager of Zimbabwean glam[1]our team Old Hararians Rugby Club, in addition to a position on the Harare Rugby Football Board, brought the best out of him.

He had previously played for OH, and before that as a schoolboy at St George’s College in Harare. But administration suited him perfectly.

He had the traits, gifts and qualification for it. A former Mandela Washington Fellow and University of Cape Town finance and economics graduate, the young family man was a suave business executive in the corporate world here in Zimbabwe – a shining star respected by men much older in life and in sport.

He has been described by some in rugby as candid and blunt. And yes, he was, respectfully so because he was an independent man, open to offer his views without fear or favour, for the greater good of rugby in Zimbabwe.

He saw his assessment of things as constructive – not selfish – even if it did not go well with some in a sport where viewpoints can be notoriously poralised along friends, club and old[1]boy circles.

But one thing, when Tangai Murangari spoke, it was with a strong conviction that was laced with an aura of personal integrity, a man hard to disagree with.

The impact Tank had on a cross-section of people stems from his passion for sport, business and life – which have parallels where lessons can be shared.

A loyal friend to many, Tank was a sociable guy who, away from life’s more pressing matters, loved good company.

The occasion would not be complete without a fairly large number of cold ones, which he was known to put away with trademark gusto at an impressive rate, much to the amazement of all his mates, hence the Tank moniker.

What a hammer blow his tragic loss is. But his inspirational legacy must be celebrated even in sorrowful times, as we take the time to also remember fondly the other young dearly departed servants of the game.