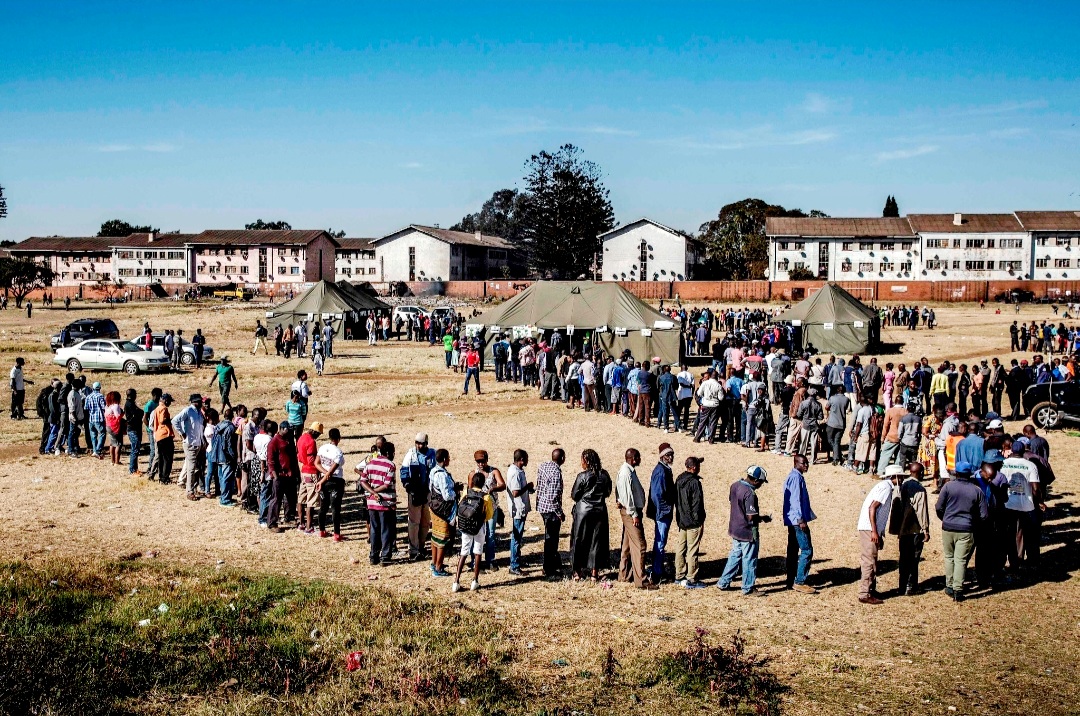 THE Mass Public Opinion Institute (Mpoi) conducted a national survey on behalf of the Afrobarometer Network on “The Quality of Democracy and Governance in Zimbabwe’’ between 16 April and 1 May 2021. On 7 July 2021, Mpoi disseminated the second round of findings focusing on:

I INTEND to share my immediate reflections and wider political implications of the findings.

The people’s verdict in the Mpoi survey paints a gloomy picture on prospects of economic and political recovery for Zimbabwe.

President Emmerson Mnangagwa is performing dismally, unemployment is a major concern, the elected Members of Parliament (MPs) and councillors’ performance rate is way below that of appointed traditional leaders, there is limited freedom of association and expression and the main sources of news to the majority of citizens living in rural areas remain partisan radio stations and traditional leaders.

Perhaps the ray of hope is the citizens’ high demand for all-inclusive national dialogue.

However, this can only bear fruit if citizens can converge and actualise their demand through sustained social pressure from below. Otherwise, Zimbabwe is heading towards its fifth lost decade since the end of British colonial rule.

First, it is striking to note that only 35% of Zimbabweans approve or strongly approve Mnangagwa’s performance in the past 12 months.

There is evidently a continuous erosion of Mnangagwa’s legitimacy since he assumed power in the 2017 military coup.

In Afrobarometer’s April/May 2018 survey, almost half of citizens (49%) approved of his job performance.

The most popular narrative is that the President’s legitimacy failed at the input side of the political system through failure to hold a democratic election in 2018.

However, this data shows that Mnangagwa has even failed to create legitimacy from the output side of the political system through effective performance.

In addition, what is striking is that the loss of legitimacy is permeating to the ruling Zanu PF’s electoral strongholds in the rural areas.

Only 44% approve of the President’s performance and 40 % disapprove in the rural hinterland. However, within his Zanu PF, he has a decent approval of 67%. This possibly means he has been working to increase his grip on the party.

Second, 72% approve or strongly approve the performance of traditional leaders in the past 12 months. They have a higher approval rate than elected MPs at 29% and councillors at 48%. Yet one reality is that some traditional leaders are subordinated to a partisan ruling party. On that basis some liberal democrats delegitimise them as “decentralised despots”.

However, from the survey, supporters of both the opposition Movement for Democratic Change led by Chamisa (MDC Chamisa) and Zanu PF believe that traditional leaders are performing well.

So this means Zimbabwe is likely to see the survival of chiefs whichever party is in power. A total of 57% of MDC Chamisa supporters believe that traditional leaders are performing well.

This might be surprising for a party whose leadership articulates a modernist vision built on democratically elected and accountable institutions.

However, the findings are not surprising if we look at the actual functioning of chiefs outside the party politics.

The Traditional Leaders Act increased functions of a chief from three to 22; a headman from three to 11 and village heads were allocated 16 functions.

The 2013 constitution also bolstered chiefs’ powers by giving them “jurisdiction and control over the communal land”.

They can allocate residential and agricultural land but with the consent of district councils and in line with customary law.

Some rate chiefs in line with their spiritual and cultural functions in societies where people believe in ancestral veneration.

If we look at the actual functioning of traditional leaders, we can find that they play a more complex role than just being “decentralised despots” and are more than socially embedded in the rural areas.

Third, the survey indicates that the most important problem facing the country that the government must address is unemployment. It was cited by 38% of respondents as one of their three priorities.

Why would this be so in a country that is said to have a low unemployment rate of 5.7% as of 2020 according to the International Labour Organisation (ILO)?

This was much lower than South Africa’s unemployment  rate which stood at 28.48%.

Most scholars count Zimbabweans as employed because they work in the informal sector and are not just sitting at home. This is also in line with the ILO definition.

Perhaps, the Mpoi findings raise conceptual issues about the definition of unemployment in relation to people’s everyday aspirations.

In everyday life, some Zimbabweans do not consider working in informal family businesses as employment because they are “not paid”.

The challenge is to draw a line between the production and reproduction sphere in a highly informalised and shadow economy.

In addition, smallholder farmers who use unpaid family labour have also been counted as employed in official Zimbabwe National Statistics Agency figures.

What I discern  from the survey is that the citizens tend to prefer formal employment where they can have social security, better wages and better working conditions.

This is also in line with Afrobarometer’s pre-election 2018 survey where most people thought that the election campaign was mainly about job creation.

Fourth, the findings on national dialogue are informative to ongoing national and regional efforts to foster dialogue.

Almost three out of four Zimbabweans (73%) call for a national dialogue that extends beyond political parties to include other stakeholders such as businesses, churches, and civil society.

There has been a binary political discourse on whether there is a crisis or no crisis in Zimbabwe. What this survey inadvertently shows is that the country is mired in a crisis that needs a collective resolution.

What is striking is that the acknowledgement of crisis now transcends the urban and rural divide.

In fact, more rural residents (76%) than urbanites (68%) are supportive of an all-inclusive national dialogue. This shows that, given a platform, even the rural constituencies considered to be the support base for Zanu PF have grievances that they want addressed through peaceful dialogue.

The Political Actors Dialogue (Polad) has struggled to gain social legitimacy despite Zanu PF being involved. Only 28% agree or strongly agree that Polad is the only option to bring about national stability and development in Zimbabwe.

What this reveals is that there is no widespread support for Polad even within Zanu PF’s social base. For civil society, churches, South Africa and the Southern African Development Community region, this should bolster calls for all-inclusive national dialogue to resolve the multi-faceted crisis facing Zimbabwe.

Fifth, Zimbabwean citizens are not free to express their political views and this seems to take a gendered, geographical and a surprising demographic pattern.

Overall, close to eight out of 10 citizens (79%) say they “often” or “always” have to be careful about what they say regarding politics.

On gender, the fear is more prevalent among women where 85% are unfree to talk about politics.

Geographically, fear is more prevalent in the Zanu PF rural strongholds and in political violence hotspots.

The late nationalist Joshua Nkomo once said “Zimbabwe will never die, young people will save it”. But the survey shows that young people are also constrained by fear. A total of 76% of those aged between 18 years and 35 years are scared to talk about politics.

On the other hand, 48% of young people aged 18-35 years are not free to join a political party they want.

Overall, more than four out of 10 respondents (42%) say they are “not very free” or “not at all free” to join any political organisation they want.

This is exacerbated by the finding that 30% of citizens are not free to vote. It means that coercion, harvest of fear and everyday securitised surveillance remain the principal autocratic features from the centre down to the village level.

Any general election held under these conditions will be a structured product of fear.

Sixth,  there is a general sense that the increased access to social media is good for democracy and development. In addition, more than four in 10 (42%) say they get news from social media “every day” or “a few times a week.”

Social media news is reaching out more to the young with post-secondary education. Also more men (49%) than women (34%) get news more often from social media.

The urban-rural digital divide is stark. A total of 67% of urbanites get news from social media often compared to 26% of residents in rural areas.

However, of importance is that only 49% of Zimbabweans believe social media has an impact on political processes.

The major sources of news in the rural areas are government-owned radio and traditional leaders.

The people’s verdict in the Mpoi survey paints a sad picture on prospects of economic and political recovery for Zimbabwe.

The President is performing dismally and is struggling to create legitimacy from the output side of the political system.

Unemployment is a major concern for citizens. Elected MPs and councillors have done very little to help as their performance rate is way below that of appointed traditional leaders.

Perhaps, the only hope is for citizens to converge and actualise their high demand for all-inclusive national dialogue through sustained social pressure.

Otherwise, Zimbabwe is heading towards its fifth lost decade since the end of British colonial rule in 1980.

*About the writer: Dr Phillan Zamchiya is a senior researcher with the Institute for Poverty, Land and Agrarian Studies (Plaas) at the University of the Western Cape in South Africa since 2017.

He holds a Doctor of Philosophy (DPhil) in International Development from the University of Oxford. His academic interests are twofold: He studies contemporary trajectories of land and agrarian change in southern Africa and the politics of post-colonial states in democratic transitions, and is currently the regional coordinator of Plaas’s new project on the privatisation of customary land and women’s land rights in Zimbabwe, Mozambique, South Africa and Zambia.

From Enoch Dumbutshena to Anthony Gubbay and then Godfrey Chidyausiku