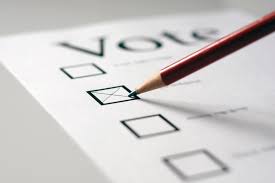 AFTER months of scheming and counter-scheming, the moment of truth has finally arrived for Zimbabwe’s restless political parties.

This Saturday’s by-elections may be flawed and even compromised, but they will still be useful in helping the long-suffering masses to separate authentic leaders from charlatans and opportunists.

It is certainly the end of the road for the Movement for Democratic Change (MDC), a phenomenal brand in its heyday but now the epitome of  betrayal, decay and capture.

On the MDC’s epitaph will be inscribed in bold letters: Born 1999; Died 2022; Undertaker Douglas Mwonzora.

The story of the original MDC is a multi-textured tapestry of resilience, courage and democratic struggle. It has shown the world the remarkable qualities of the quintessential Zimbabwean personality: a never-say-die spirit and the belief that, no matter how tough our lives may get, a better day is coming.

But the MDC story is also a narrative of grief, shame and loss. Spare a thought for the countless MDC supporters who have been murdered, raped and maimed by the Zanu PF regime in the last two decades. Their sin? Exercising their constitutional rights to freedom of association, assembly and conscience.

People have been killed in the name of politics. From the Gukurahundi genocide to Murambatsvina to the 2008 “short sleeve, long sleeve” atrocities, a criminal state has wantonly slaughtered unarmed citizens. More recently, the cold-blooded massacre of unarmed civilians on 1 August 2018 reminded us how evil the self-appointed rulers of this land are and how utterly incapable of reform they have become.

Barely a month ago, on 27 February, Mboneni Ncube (35), a supporter of the new opposition Citizens’ Coalition for Change, was murdered by Zanu PF thugs at a rally in Kwekwe.

Zanu PF is focusing on power retention and consolidation at all costs instead of expending its energies on the troubled economy. Just yesterday, the International Monetary Fund was warning that at least a third of 16 million Zimbabweans face starvation in the face of chronic high inflation and exchange rate fragilities. We are talking five million desperately hungry people.

When you factor in the  livelihoods which had already been devastated by a combination of bad governance and the Covid-19 pandemic, the picture emerging from Zimbabwe is frightening.

The agricultural harvest will be whittled down by a mid-season drought that has seen crops wilting across the length and breadth of the country. There are no social safety nets, no pensions, no savings and no public services worth talking about.

While all this is happening, President Emmerson Mnangagwa decides to recklessly badmouth non-governmental organisations (NGOs), accusing them of fomenting dissent. As The NewsHawks exclusively reported last week, the government’s misguided hostility against NGOs could see the country losing an estimated US$800 million in donor support in just one year.

At the social level, the Zanu PF regime failed to deliver a long time ago. What will happen to the massive number of citizens who are on anti-retroviral drugs bought by the donor community? What of the orphans, widows and other vulnerable groups whose very survival depends on the benevolence of NGOs? Who is going to provide valuable support to the thousands of income-generating projects which are giving sustenance to impoverished families?

Mnangagwa is failing to stem the looting of gold worth US$100 million monthly by Zanu PF cronies and cartels, but he has the temerity to stand atop his ivory tower and insult donors who have kept Zimbabwe’s neglected communities alive.

This Saturday’s by-elections are a dry run for the watershed 2023 general polls. When Zimbabweans have suffered enough, they will go out there, cast their ballots in huge numbers and resolutely defend their vote.