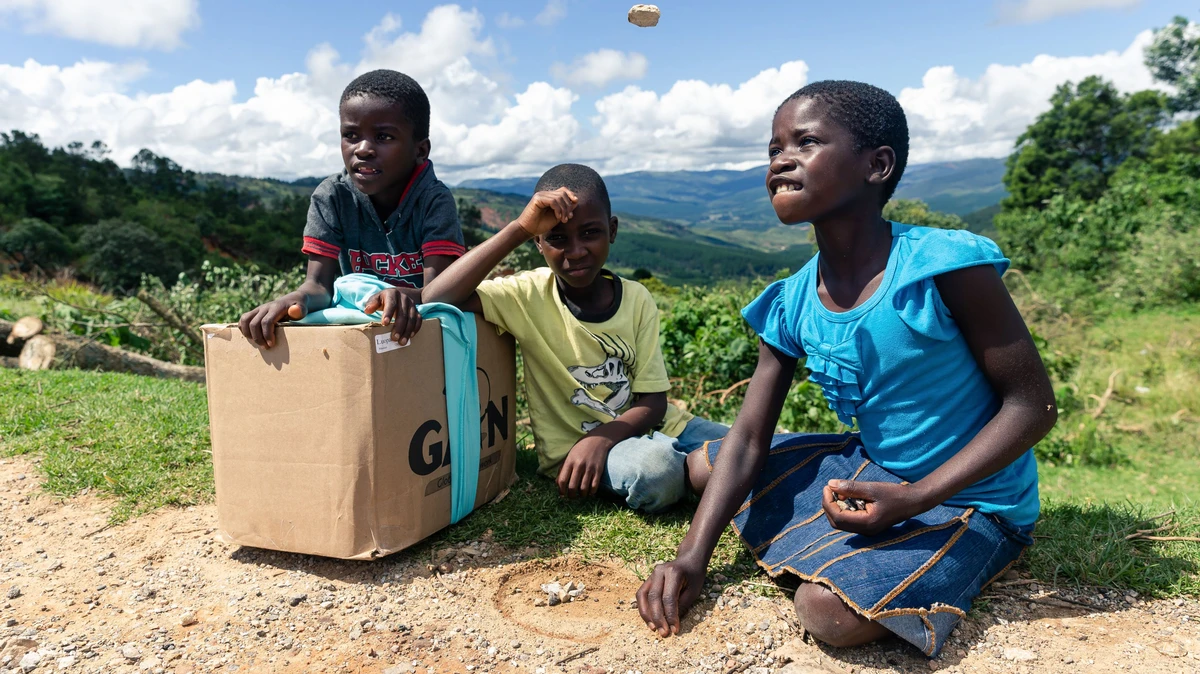 CHILDREN IN CHIMANIMANI ON MARCH 20, 2019, AFTER A VISIT FROM THE ZIMBABWEAN PRESIDENT TO CHECK OUT DAMAGE WROUGHT BY CYCLONE IDAI. PHOTO BY JEKESAI NJIKIZANA/AFP VIA GETTY IMAGES

MUTARE, Zimbabwe — Things were looking up for Trust Mathonore, a 17-year-old golfer from the mountainous Chimanimani district in eastern Zimbabwe. He was a top junior golfer on the verge going pro and playing for his country.

But then in March 2019 came Cyclone Idai, one of the worst cyclones to hit Africa and the Southern Hemisphere. Cyclone Idai ravaged Zimbabwe, Mozambique and Malawi, killing over 1 000 people in the region and leaving a US$2 billion trail of destruction. More than 300 people were killed in Zimbabwe alone, and hundreds more displaced.

Mathonore was asleep at night when the cyclone destroyed his home and dozens of others in his neighbourhood, a mudslide washing them down a mountain slope. He tumbled down 200 metres of rock and suffered serious injuries to his head, left knee, and left arm.  He eventually was airlifted from a Chimanimani clinic to a nearby hospital, and then raised $4,000 through a GoFundMe campaign to pay for surgery at a hospital in Mutare, 180 kilometres away.

More than a year after Cyclone Idai, Mathonore is still struggling to cope with the physical and psychological effects of the disaster. While no one else in his family was seriously injured, five siblings are now living with relatives in different parts of the country while Mathonore, his mother, and a younger brother are among hundreds of people still living in tents in Chimanimani.  He said he still has nightmares of the cyclone.

“I went back to playing golf six months after the cyclone. At times I wake up in the morning feeling very sad and depressed with no appetite to go for golf training,” Mathonore told VICE News. “This year the headaches are coming back, especially when the weather is cloudy. Had it not been for the cyclone, I would have gone with my golf to a higher level.” 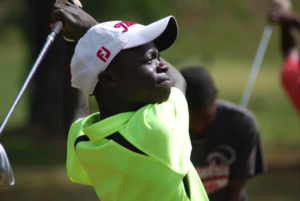 Of the 270 000 people affected by Cyclone Idai in Zimbabwe, roughly half of them were children and youth. Some children were left homeless or lost their parents, with younger siblings to care for. Many of them suffered in silence, and there are fears that without proper support, the psychological effects of the disaster could last for years.

There has been little research done in Zimbabwe into the psychological effects of climate change or natural disasters on children. According to a study done in cyclone-prone Bangladesh, disasters have had numerous psychological and social effects on the general population including acute stress disorder, sleep disorder, generalized anxiety disorders, suicidal ideation, depression, and post-traumatic stress disorder.

Women, children, and the elderly are the most vulnerable, suggested the study, published by Biomedcentral, an international journal of mental health systems.

Another study, published by Current Psychiatry Reports, revealed that both direct and indirect climate change impacts affect children’s psychological well-being, with children in the developing world suffering the worst effects.

Ngoni Shumba, whose 15-year-old son attends school in Chimanimani, said he has seen the psychological effects of the cyclone on children in the community. Though his son was not physically hurt, he showed signs of trauma, like not being able to concentrate when doing school work or playing with other children.

“About six months (after the cyclone) mental health issues started showing among some of our children,” said Shumba, who is a communications consultant with extensive experience working with children affected by the HIV and Aids pandemic and child labour in Zimbabwe.

“Some of the problems might appear subtle but if left unattended might affect the lives of children for life,” Shumba said. “There is need for government and its development partners to bring mental health support programs as this is a neglected area of our well-being.”

David Mukwekwezeke, a doctor with Zimbabwe Association of Doctors for Human Rights (ZADHR), said although some organizations sent teams to the area to provide psychological support, shelter, food, and physical health were prioritized. “We have all not done enough for children affected by Cyclone Idai, and, as always, mental health was at the bottom of the hierarchy in terms of assistance,” he told VICE News.

Mukwekwezeke said that Covid-19 has also complicated the relief response.  “As soon as we have fully adjusted to the new normal we should send teams of mental health practitioners to Chimanimani and other affected areas to screen for and treat all psychological conditions before they fester and lead to social degradation,” he said.

The most significant psychological effect of the cyclone among children was their increased likelihood of developing PTSD, Mukwekwezeke said.

“PTSD in children is characterised by horrifying recollections, images, and nightmares related to the traumatic event. In some cases the flashbacks will be so vivid that the child will actually relive the event over and over again,” he said.

Other long-term psychological effects include an increased probability of developing depression and anxiety in adolescence or even in adulthood, he said.

Some children, he said, might become emotionless for long periods of time after the traumatic event. “Cyclone Idai produced a lot of child-headed families. The mental stress of taking care of a family needs no explanation,” he said.

Mukwekwezeke said these conditions could lead to substance abuse, including alcohol dependence, in the affected children.

At Matsetso Sports Club, where Mathonore is a member, some kids turned to gambling. “We have certainly seen some disappointments. At least two of our youths got into gambling after selling donated goods which they managed to procure by going to the tented camps,” said Jane High, an elite sports coach and physical education teacher who runs the club.

But the club has managed to support its members, even as it grapples with the loss of a soccer player, Johnson Mwarumba, who drowned in a nearby river during the cyclone. While the golf course and soccer pitch were devastated by the cyclone, children affected by the disaster are the ones rebuilding them.

“Traumatised children have been putting the effects of Cyclone Idai behind them by remaining focused on repairing our pitch and helping others,” High said. “It had taken us from 2016, three years of levelling and preparing the pitch. The footballers started again, painstakingly removing boulders and levelling the pitch.”

The club has also been helping give the kids job training in tourism, sport, and conservation as they anticipate a boom in tourism jobs. Currently, there are plans to build a transfrontier peace park in the area.

“The children need to be prepared for these jobs. It takes time, vision, and resources. We have had tremendous help from Scotland and visitors who came here from all over the world,” said High, who is also the owner of Frog and Fern Cottages and chairperson of Chimanimani Tourist Association.

While Mathonore started experiencing headaches four months ago, the club helped him raise enough funds for another surgery to remove some swelling in his head. “He seems to be doing well now,” High said, adding that they were expecting him to continue practising and to be selected to play golf for Zimbabwe once the COVID-19 restrictions are lifted.

Mathonore was bullish about his recovery and future in golf. “I will fully recover soon and continue to play the game I love,” he said.

About the writer: Andrew Mambondiyani is a journalist based in Zimbabwe, with an interest in climate change, agriculture, human rights, and the environment.