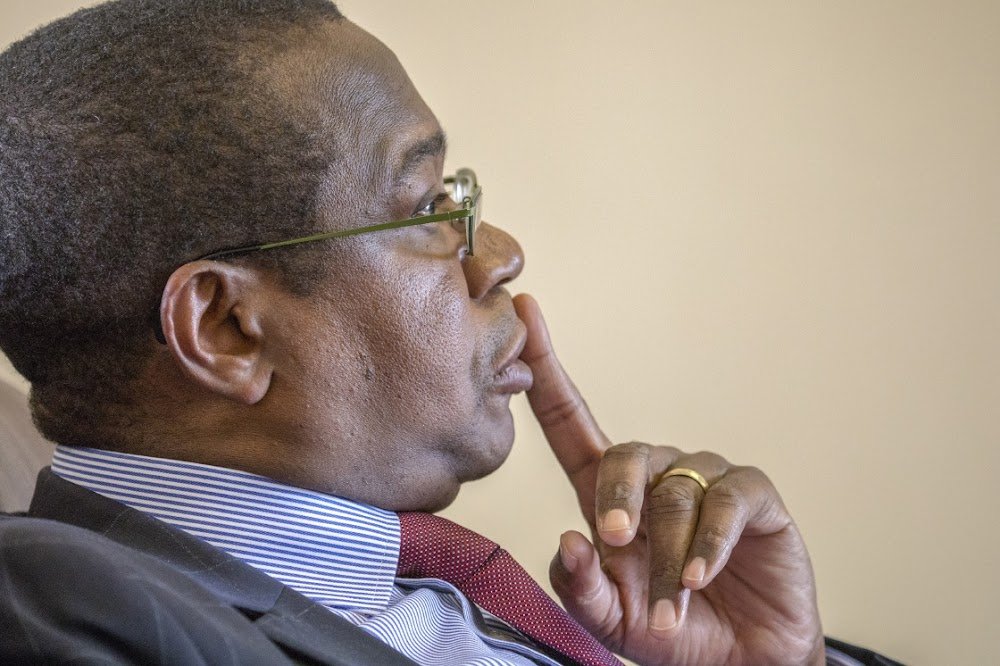 ‘…you are not super ministers’

CALLS for action against so-called technocratic ministers are growing louder, with Zanu PF lawmakers accusing them of sabotaging the party and its leader President Emmerson Mnangagwa in ways that would alienate the masses agead of the 2023 general elections.

Mnangagwa appointed five ministers into his cabinet after the 2018 elections, namely Mthuli Ncube (Finance); Amon Murwira (Higher and Tertiary Education); Kirsty Coventry (Sports, Arts and Culture); July Moyo (Local Government), and Anxious Masuka (Lands, Agriculture, Water and Rural Resettlement). But the Zanu PF structures and now MPs are questioning the sincerity of some of the ministers in serving the country and pursuing Mnangagwa’s vision.

The latest minister to come under fire is Masuka after a similar attack on Ncube who has been accused by Zanu PF structures of pursuing policies that are not mending the economic crisis but continue to worsen and impoverish the people.

Masuka replaced the late former Air Force chief and ex-Lands minister Perrance Shiri who died under mysterious circumstances in 2021 and was buried at the National Heroes’ Acre.

MPs in the Lands Parliamentary Committee this week added their voice to the growing displeasure targeted at the “technocratic” ministers and attacked Masuka, accusing him of ignoring them and pursuing an agenda that runs contrary to expectations while sidelining Zanu PF and other stakeholders.

The committee chairperson and Gokwe-Nembudziya MP, Justice Mayor Wadyajena, said they were now questioning the motives of officials in the Lands ministry, including the minister himself.

“They say they are not politicians but technocrats; you cannot separate their positions with politics. They are products of politics,” he added.

Wadyajena said they have invited Masuka to appear before the committee on several occasions but accused him of failing to respect its mandate by not showing up.

“They do not further the interests of the President.”

Several Zanu PF legislators concurred with Wadyajena, with some arguing Masuka was organising programmes in their constituencies and not inviting them.

This also seemed to confirm that Zanu PF thrives on using government programmes to campaign to the electorate, particularly through agricultural events that attract thousands and have provided the party with a captive audience.

The Zanu PF MPs’ outburst also came after party supporters in Harare openly castigated Ncube for failing to address the economic crisis and pushing policies that were hitting the people hard.

Supporters also said there was now suspicion that Ncube is working to sabotage Zanu PF and his actions have become a threat to the party ahead of next year’s elections.

The party supporters now openly accused some of Mnangagwa’s ministers and the party deployees to government of pushing policies that will likely cost the party in 2023.

He warned saboteurs, accusing them of endangering the party.

“We hope to have answers for all those questions we are grappling with. If the economy remains unwell, we will have no joy as a party in Harare. Reasons for this mess are so many. We had a central bank official who clearly did not have answers for a number of problems raised here.”

“In 2017, the rate was 1:1. The United States dollar and the black market were at 1:2 when Patrick Chinamasa was the Finance minister. When a professor of economics came in, minister Mthuli Ncube, the exchange rate now is embarrassingly high.”

He then said under the prevailing economic circumstances it would be difficult for the province to perform well.

“Today, you cannot buy bread. How do you expect us to perform well as a party when the economy of Harare is not well?” Chimanga asked.

“The party deployees in government, some of them, act as if they don’t care and close markets at will, yet they know it’s a huge source of livelihood.

“When the son of God came, he had a big job at hand and he chose disciples to work with. One of the disciples he chose sold him out.”

As reported recently by The NewsHawks, party bigwigs stationed at Zanu PF headquarters in Harare are also unhappy with the performance of some of the ministers appointed by Mnangagwa, accusing them of coming up with policies that do not paint the party in good light to the electorate.

Zanu PF is facing serious challenges in convincing the electorate ahead of the elections, after failing to address myriad challenges the country is facing, notably chronic high inflation, a dying healthcare system, rampant corruption and joblessness, among other issues.