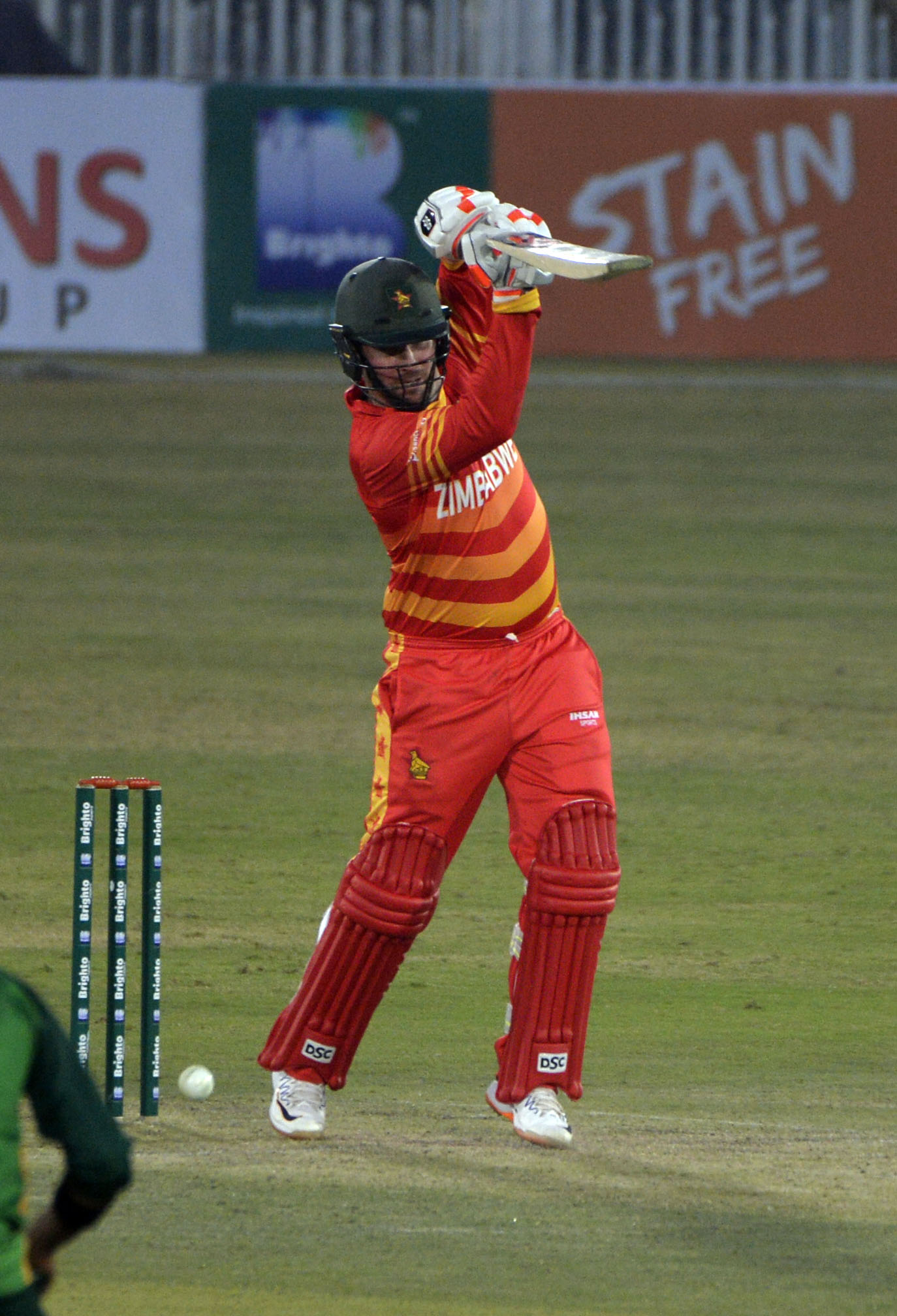 PAKISTAN withstood a stunning fightback led by Brendan Taylor to hang on for a thrilling win in the first ODI against Zimbabwe in Rawalpindi on Friday. Shaheen Afridi was the architect of the victory, carving chunks out of the Zimbabwean batting line-up when the others appeared to have run out of ideas, and finishing with yet another five-wicket haul, while Wahab Riaz chipped in with four wickets to stop the visiting sides 26 short.

The result might appear somewhat routine, but it was anything but guaranteed when Taylor was at the crease, on his way to stroking a glorious century that, alongside a fighting half-century from Wesley Madhevere, took Zimbabwe to the brink of a famous win. But, as the final five overs loomed and the asking rate began to creep up, Madhevere chopped Riaz on to end a 119-run fifth-wicket partnership. Taylor was undone by a slower Afridi delivery soon after, and things unravelled quickly thereafter.

Zimbabwe were bowled out for 255, and in a game of fine margins, Pakistan’s wagging tail earlier on made all the difference.

Set 282 to win, Zimbabwe looked to have a structured sense of pacing the chase, going hard in the powerplay at debutant Haris Rauf, undeterred by the loss of Brain Chari in the first over. While Afridi, who was tremendous throughout the innings whenever called upon, gave them little to attack, some loose deliveries from the other end were all they needed, and Chamu Chibhabha, followed by Craig Ervine and Taylor, made the most of the fielding restrictions, speeding to 56 in the powerplay. It was well over what Pakistan had managed, and set Zimbabwe the base from which they moulded their chase.

While Taylor looked comfortable for much of the innings, Ervine found himself flustered by Pakistan’s tightness in the middle overs, and a rash reverse sweep spelt the end of him. Sean Williams never looked up to the mark on the day, meaning 20-year-old Madhevere was tasked with being the support act for Taylor. He did that with immense class, showcasing an attractive batting technique and, when things got hairier, a certain steel that bodes well for the career that lies ahead of him. The punches off the back foot against pace were especially eye-catching, and out of nowhere, it seemed, he had brought up a half-century.

By this time, Taylor had found the zone he occasionally enters, which marks him out as one of the most inventive shotmakers of this generation. The uppercut off the short ball was nigh-on perfect each time, while a scoop over short third-man off a 149kph Afridi yorker is destined to be one of the shots of the series, and when he brought up his 11th ODI hundred, Zimbabwe looked like they were ahead of the chase.

That’s when Riaz returned to show why he still remains a firm part of Pakistan’s plans, his sheer pace accounting for Madhevere before the Afridi show took over. Once Sikandar Raza was felled by Riaz, Afridi took charge against the tail, removing Carl Mumba to complete a five-for he richly deserved. By this time, the game was done, and Pakistan would walk away with a win, and a bit of a scare.

Earlier, Pakistan won the toss and batted, but the rustiness of not having played an ODI for 13 months was evident. They stuttered their way to 281 for 8, getting there in the end thanks to some untidiness on the part of the visitors at the death after an exceptionally disciplined bowling performance for the best part.

Half-centuries from Imam-ul-Haq and Haris Sohail kept Pakistan chugging along without ever really moving through the gears. Zimbabwe picked up wickets quietly from time to time, and, all of a sudden, Pakistan found themselves six down for 205, and facing a battle to post a total their bowlers would feel comfortable defending.

They had opted for the more circumspect Abid Ali in place of Fakhar Zaman at the top, and as such, while they made a solid start, there was no evidence of the powerplay aggression that has become the norm for successful ODI sides. It helped Zimbabwe that Richard Ngarava and Blessing Muzarabani – back after two years away from the national side – were very disciplined, giving little by way of extras or loose deliveries to either batsman. And when Ali tried to play across the line to Mumba, he was trapped in front.

What would – or should – disappoint Pakistan is their overall approach. For all the talk of this series being the beginning of the next four-year ODI cycle, there are few signs that with it has come a change in their philosophical approach to the format, and the lack of intent in the first ten overs was followed by similar wariness through the middle overs. Only Babar Azam tried to up the ante, but crucially for Zimbabwe, he wasn’t at the crease for long, a poke at an outswinger from Muzarabani bringing about his downfall.

Thereon, Zimbabwe were on top as Pakistan went into a shell that they really should have stayed away from for much of the innings. Imam and Sohail began a rebuild that ended in a mix of farce and comedy when they found themselves at the same end, both diving to get ahead of the other and survive at the keeper’s end while Raza whipped off the bails at the other. Imam was the unlucky one, allowing Sohail to anchor the innings as Iftikhar Ahmed and Mohammad Rizwan came and went.

Despite all that, Pakistan ended with a decent total, with the late sloppiness from the Zimbabwe death bowlers proving decisive. At 203 for 6, getting bowled out was a keen possibility, but Imad Wasim and Faheem Ashraf ensured a sharp uptick in runs that seemed to ward off any Zimbabwean ideas of aggression, sending them into run-preservation mode instead. That allowed Pakistan to get to their final tally, setting up a win that might provide them more relief than delight.  – Cricinfo

Series lost but Zimbabwe look to bridge gap to Pakistan

HawkZone: Where the heart is must be the way