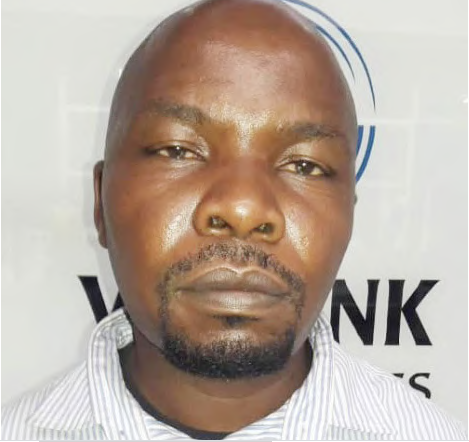 The mining industry has been grappling with issues of smuggling, corruption and tax evasion, among other challenges, at a time the government has set an ambitious target to attain a US$12 billion mining sector by 2023. Our reporter Merlin Garwe (MG) this week spoke to the immediate past president of the Zimbabwe Prospectors’ Association, Samson Dzingwe (SD), pictured, who says the country could find it difficult to achieve the mining target if proper mechanisms are not put in place to curb leakages and ramp up efficiency.
Below is the interview:

MG: Recently, the media was awash with the Henrietta Rushwaya gold smuggling scandal. What is your comment on all these issues in relation to the mining industry?
SD: I will not comment specifically on the individuals involved as the matter is now before the courts, but I would want to state that smuggling should be condemned from every angle as it destroys the economy.

As you know, smuggling is the movement of goods, in and outside the country, secretly, unprocedurally or illegally.

That automatically means there is evading of duties or taxes that are supposed to benefit the country. It actually points to loss of revenue.

That is the bad thing about smuggling and it  should not be promoted. It destroys the functioning of the economy of a country. Smuggling is also the source of instability or threat to national security.

All the problems that you see in most countries are brought about because of issues related to smuggling.
It also blocks business investments in the country, which defeats the assertion that Zimbabwe is open for business. It doesn’t matter, who does it, it’s not good for the people.

Above all, it raises the threat of instability and national security. It creates criminal activities due to the huge amounts of money that is lost through such activities.

A rise in criminal activity in a country is an indication of instability. Instability on its own is a factor that blocks business investments into the country, including tourism and hospitality because no one would want to visit such a country.

The rise in criminal activity is thus a threat to national security, which means we are actually talking about countries’ economies and blocking investments in the tourism and hospitality industry. Tourists tend to shun a country with high criminal activity.

MG: Do you think this could be another case of organised crime in Zimbabwe?
SD: What I can say is that smuggling, whether organised or not, is bad for the economy. It is not good for the county and its people.

MG: The mining sector is targeting to attain US$12 billion in revenues. Considering the recent events, is this achievable?
SD: It is true we are targeting a US$12 billion mining economy. The US$12 billion revenue is actually attainable provided certain issues are put in place so that every stakeholder in the mining industry participates and supports this vision.

But as long as there are people or stakeholders, who are not in support of the vision, it is not attainable. If the small-scale miners are funded, mechanised, supported by the Ministry of Mines, we can attain even more than US$12 billion.

So whatever is supposed to be put in place must be done. But if whatever is required to achieve this target is not in place, it means it’s not going to be achieved. We have got issues like smuggling, if people continue to smuggle we will not attain it.  If people in the mining sector continue to mine illegally, it means the creation of an illegal sector where people can do all sorts of illegal activities.

As long as we still have illegal people operating without licences due to failure to issue out mining licences on time, then it means they will not meet  the target as it will lessen production. The less people get licences, the less people mining illegally.

The Ministry of Mines needs to ensure that they issue out mining certificates to all pending applications.
Some applications have been waiting for years. If they speed up the process, it means they will have speeded up production towards the target of the US$12 billion economy.

I also think there is improvement on the Fidelity Printers and Refiners side in terms of deposits, but if only they can improve on the speed of payment of artisanal miners. Or if they can incentivise mines, there can actually be a boost towards the US$12 billion economy.

So if all these things are put in place, the vision  can be achieved. The mining industry needs to work towards achieving the target collectively.

MG: There have been arguments that porous borders and other security systems were promoting smuggling. What is your comment?
SD: I think we have authorities that are concerned with controlling the borders. They should ensure that they have sophisticated gadgets in line with modern technology. That way, they can minimise smuggling.
The borders need to equipped to make sure that they protect our country and economy so that they don’t get destroyed by these activities.

For instance, ensuring that small-scale miners and prospective miners get mining licences on time is important. If it takes months and years of waiting, that on its own creates a breeding ground for corruption.

It means they are likely to be tempted to go into corruption to speed up the licence issuance. So the only way to avoid that is to ensure that licences are issued on time. Out of desperation and frustration, situations may see them getting into corruption.

If people are not timeously issued with licences, they end up convincing themselves to get into illegal mining without the licensing.

As they will be working illegally, there’s no way they will then take their produce to Fidelity Printers and Refiners but to the black market because they won’t have the proper papers. This is the reason why Fidelity hasn’t been getting enough gold. It’s not that people do not want, but circumstances won’t allow them.

They have obligations to meet, so they work illegally. This is a request to the Ministry of Mines as we are looking at the US$12 billion, that prospective miners must get their licences on time.

One year to two years without a licence actually promotes closure of businesses, not opening. We need to open up business so that we can attain the US$12 billion economy target.   We cannot say we want a US$12 billion mining sector without attending to these issues. We will be lying to ourselves. We will be planning to fail.

MG: Approximately how much could Zimbabwe be losing to the smuggling cartels?
SD:  This one is difficult to say, we need facts and figures. There is actually a percentage of our economy, which we are losing big time to smuggling activities. We need corrective ways to make our country progress, especially in the mining industry. Proper paperwork and monitoring systems will ensure that the issue of losing out in terms of duties and taxes is lessened.