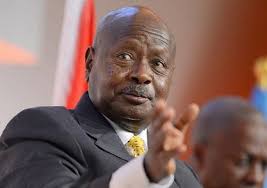 IN seperate events across the world this week, ranging from Uganda’s blood-dimmed election to the humiliation of arguably the worst president in US history and a renewed crackdown on dissenters by the repressive Zimbabwean government, there is a common thread running through: social media.

More than 18 million Ugandans went to the polls yesterday to vote for a president from 11 candidates in one of the most noteworthy African elections in recent memory.

Ordinarily, there would be nothing special about a routine national election on the continent.
What makes this particular one stand out is the fascinating symbolism of a clash between a dying polity (as represented by the longtime ruler Yoweri Museveni) and a nascent political class (as championed by main opposition leader Robert Kyagulanyi aka Bobi Wine).

Facebook said it took down a network in Uganda linked to the country’s ministry of information for using fake and duplicate accounts to post ahead of the election.

The Ugandan strongman promptly retaliated by ordering internet service providers in the country to block all social media platforms and messaging apps until further notice.

The Uganda Communications Commission, which in terms of the law must conduct itself impartially, became a willing tool for the violation of citizens’ constitutional rights.

“Uganda Communications Commission hereby directs you to immediately suspend any access and use, direct or otherwise, of all social media platforms and online messaging applications over your network until further notice,” read a letter from the commission’s executive director to internet providers.

It became clear that Museveni viewed social media as his enemy. Interestingly, opposition leader Kyagulanyi had openly expressed joy at notching up a milestone one million followers on Twitter.

For the Ugandan opposition, the decision to resort to social media was a tactical one, partly necessitated by Museveni’s vicious crackdown on dissent.

Security forces have killed more than 50 opposition supporters. Even the candidates are shot at, barricaded by police and soldiers at every turn and beaten up mercilessly in the full glare of Press cameras.

Brutalised by Museveni’s antidiluvian politics which has reduced political contestation to a life-and-death affair, opposition supporters have taken to social media in huge numbers.

That way, Kyagulanyi has energised his base, mobilised around the national grievance and struck a chord with Africa’s second-youngest population, where just 2% of citizens are above 65. This has given Museveni, in power since 1986, sleepless nights.

As our own experience in Zimbabwe has shown, social media is every dictator’s nightmare. Long gone are the days when undemocratic governments enjoyed free reign to peddle propaganda unchallenged.

These days, citizens will question every official version of reality. Nobody has a monopoly on information gathering and dissemination anymore.

But as various events worldwide have reminded us, the regulation of social media, whether by powerful technology companies or bloodthirsty tyrants, should be tempered with caution; the moral arc of digital media must bend towards free expression and democracy