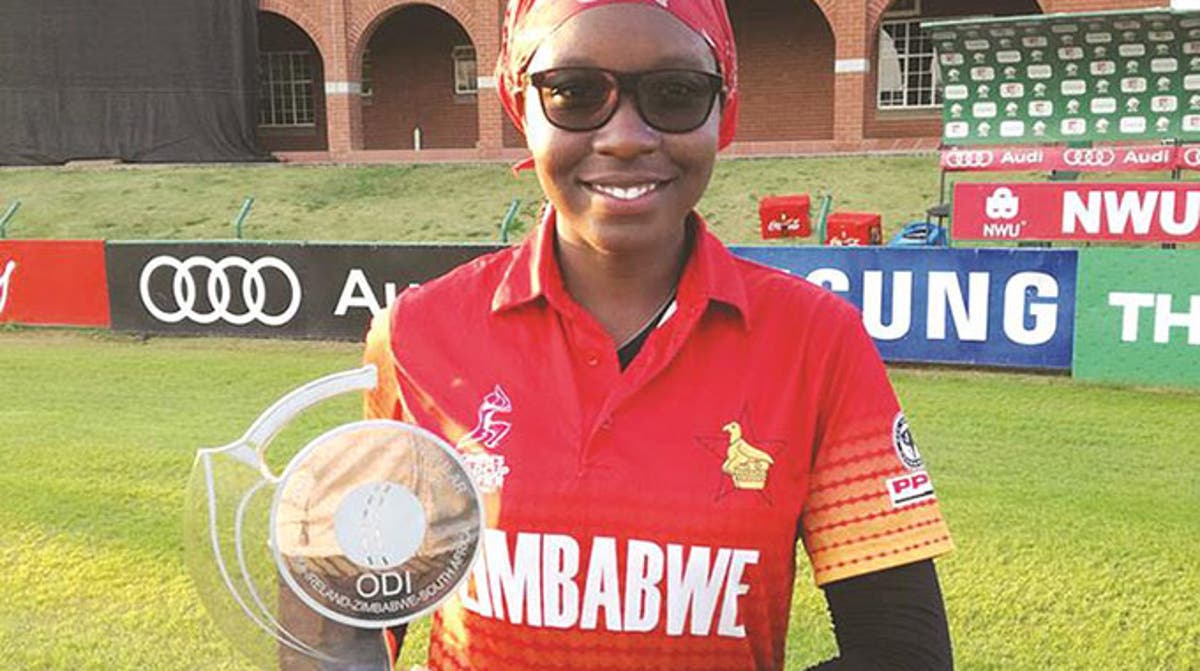 IN a country short of genuine heroes these days, captain Mary-Anne Musonda’s century against Ireland on Zimbabwe’s Women ODI debut was greeted by many as a national success story, a rare occasion to celebrate.

Perhaps starved of success by their traditional local teams, and disillusioned by it, a broad base of fans, including those that traditionally follow other codes, stood up and saluted a newfound hero. That the series eventually ended 3-1 in favour of the Irish did not diminish at all the new love relationship with the faithful.

And now, Musonda has scored another first as her global visibility got boosted by her landmark ton on Zimbabwe’s historic ODI.

You just have to take a look at some world cricket superstars who have a long-standing relationship with Keeley’s hand-crafted bats, which are made from top-quality English willow.

Chris Gayle, Virat Kohli, Liam Livingstone, Jason Holder, Rashid Khan. It is quite a list of some of the greatest cricketers in the world and for a female Zimbabwean to be recognised by Keeley is “a big thing for Zimbabwean cricket”, according to facilitator Winston Weekes, a naturalised Briton with strong links to the African country.

Keeley Cricket is an East Essex company fronted by brothers Tim and Nick Keeley, who have produced this premium bat for over 40 years.

And they do not only do bats, Musonda will also be allocated pads and helmets continuously over a period, with a possibility of her playing club cricket in the UK in the next British summer.

“It is a big thing for Zimbabwe cricket,” Weekes said. “She will also receive helmets, a surplus of equipment: gloves, bats, the pads.”

Barbados-born Weekes, who lives in London, has a lifelong relationship with Zimbabwean cricket, a bond that has proved unbreakable over the years.

He played and coached here in the ‘80s up to the ‘90s as part of crucial groundwork for Zimbabwe’s build-up to attainment of Test status, one of the key overseas professionals who contributed to those efforts.In much later years, Weekes has turned into a keen agent, facilitating short-term contracts for Zimbabwean cricketers to feature on the UK’s club circuit.

Weekes is best known for his association with fast bowler Bl essing Muzarabani, a favourite protégé of his who last year returned to the Zimbabwe team after becoming the first black player from here to play in the English County Championship on a full-term contract.

The former Northamptonshire speedster was in May this year included in a Cricinfo Dream Team for the “world’s best Test XI” earmarked to dominate for the next decade.

But let us not steal Mary-Anne’s thunder for now.

She could also soon be heading to the UK for a season of club cricket, on the back of her kit deal, and Weekes will, as ever, be there to make sure that happens.

“We will try and get her to play in the UK in the summer yes, but we have to find her a club,” Weekes said. “We have a few clubs we are talking to.”