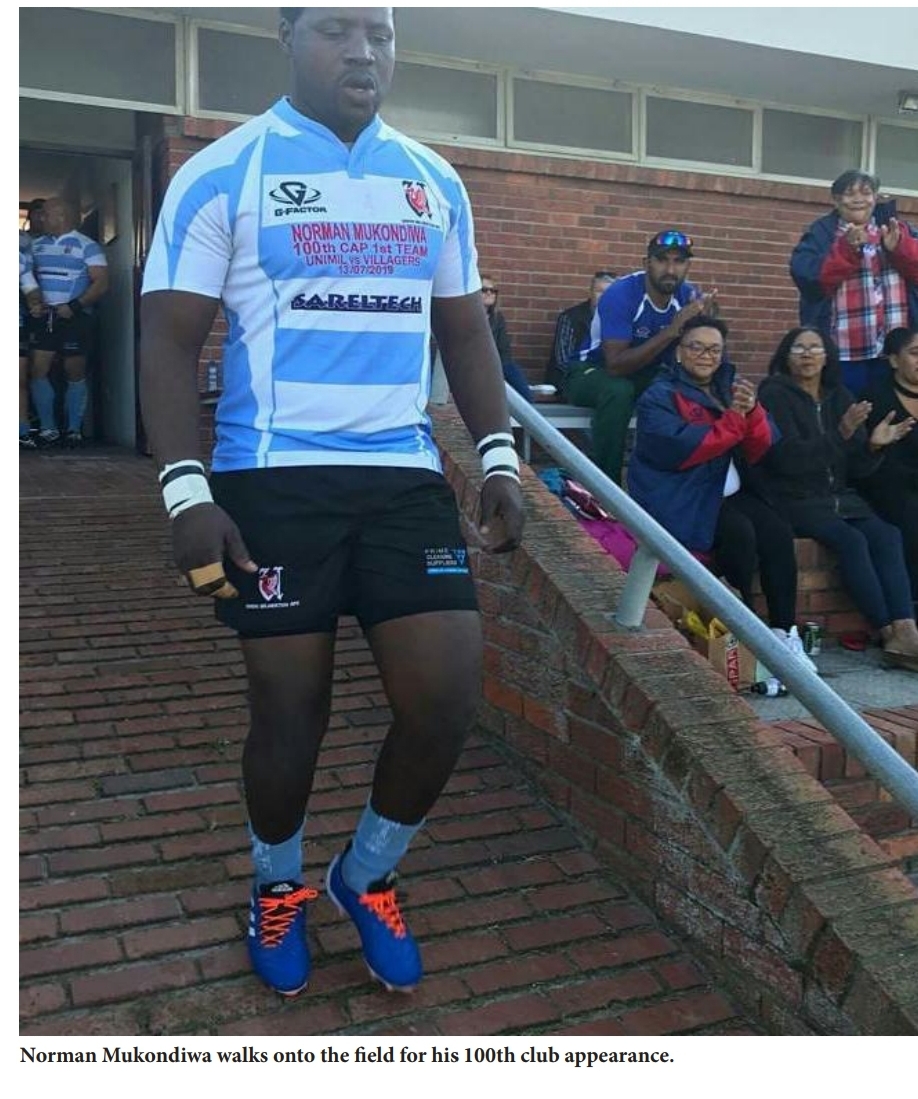 A TRULY unique sight of Cape Town, something inescapable even to folks least interested in sport and as exceptional a feature of the city as Table Mountain, is the club rugby culture of this remarkable place.

ENOCK MUCHINJO
It is simply a way of life for Capetonians, since time immemorial, part and parcel of the locals’ collective psyche across all the racial communities of the Western Cape at large.

Big happy crowds gather all day on a Saturday to support their favourite local club, from the youth teams all the way up to the first XV – friends, male and female, young and old, children and parents, grandpas and grandmas – all passionate about a sport that has been played in their parts for centuries.

Sights and sounds so beautiful as the scenery of Cape Town itself, it becomes easy to see why South Africa is, in the eyes of the world, the special rugby nation that it is.

The veneration of rugby in the Western Cape has made the sport occupy a very important place in society in that while not everyone gets to become a nationally recognised star, or a Springbok, local heroes are created, admired and looked upon to exhibit exemplary lifestyles on and off the field. One of those role models of Cape Town rugby is Norman Mukondiwa, who has retired from the game after clocking an incredible 100 caps for Union Milnerton inside a decade.

The former Zimbabwe international reached the milestone in August 2019 but the interruption of Covid-19 has contributed to his decision to finally call time on his playing career at the ripe age of 38.

Union Milnerton, who were established 48 years ago and play in the Western Province Rugby Football Union Super League A, are one of the top clubs in the Cape Town area.

Loose forward Mukondiwa’s 100-caps feat was greeted with much fanfare at Milnerton as teammates, staff and fans alike paid glowing tribute to the likeable Zimbabwean.

“Silent warrior” and “Ultimate club legend” were some of the terminology used by the club on its platforms to describe Mukondiwa.

For his 100th Milnerton appearance, which came against the Villagers club, Mukondiwa took to the field in a specially designed jersey with his name and number of caps printed on the front, and a big “100” inscribed at the back.

To suit the occasion, Milnerton invited none other than Zimbabwe national team great Mzi Nyathi to hand over the shirt to Mukondiwa, a younger teammate of his, some years back home in Bulawayo at Old Miltonians club.

Ex-Sables hooker Nyathi, who now coaches a club in Kenya, had spent some time working with schools in the Western Cape, where he had also managed to build a good reputation of his own.

“Honoured to have Zimbabwe Rugby legend, former captain, Old Miltonian Mzi Nyathi hand me over my 100th game jersey last night. Blessed to be part of the Unimilrfc family,” posted Mukondiwa on Facebook back then.

Waseem Taliep, a Milnerton teammate of Mukondiwa, had some words of admiration for his colleague on notching up 100 caps for their club.

“This week we pay tribute to a true club legend. Norman Mukondiwa congrats on 100 caps, pity I can’t run alongside you for this special occasion but extremely honoured and privileged to have walked part of this journey with you. A mentor, a friend, a brother. What a player and even better person. All the best brother!”

Rugby and cricket competed for attention in later years such that even after making his international rugby debut for the Sables away to Kenya in 2002, Mukondiwa was still good enough to be part of the CFX National Cricket Academy squad in 2003-4.

Despite some cricket first-class appearances in-between, rugby finally won the contest to be Mukondiwa’s chosen career, thanks chiefly to a club spell in the United Kingdom around 2005.

He then returned to southern Africa to launch his career in earnest, starting off in Polokwane. With that, his romance with Zimbabwe’s national team was rekindled and several Test caps earned, teaming up with different generations of Sables players over the years.

Big and rugged, Mukondiwa was a key member of Zimbabwe’s 2012 Africa Cup-winning side, and back in 2007 he had captained the country once on interim basis.

Often an eighthman at Test level – gifted with ball-carrying abilities and solid defence – Mukondiwa was the perfect team man throughout his international career, attributes that won him the enormous respect of teammates, coaches and fans of the Sables.

“A fierce warrior and competitor on and off the park. Multi-talented too,” wrote flyhalf Makwanya.

“Appreciate the lessons given, love shown and acceptance when I first made the (Zimbabwe) team. May you enjoy your retirement knowing you fully earned the respect of your peers#onethebest#8wenyika.”
Another ex-Zimbabwe teammate, Jan Ferreira, wrote in short: “You’re a legend, bugger.”

In retirement, Mukondiwa still plies his trade in the vibrant sporting fraternity of Cape Town, where he has ventured into fitness training and conditioning. Coaching could be a possible route, if he decides to follow in the footsteps of some of his old teammates.

Former national team captain Daniel Hondo, who teamed up with Mukondiwa in one of the most formidable Sables sides of recent years, is now the Zimbabwe team’s backline coach.

Mukondiwa can also look at cricket and see that two of his old CFX Academy teammates, Stuart Matsikenyeri and Stanley Chioza, are part of the Zimbabwe national side’s backroom staff – Matsikenyeri as batting coach and the later as video performance analyst.

But for now, the easy-going “silent warrior” will take it one step at a time, just like he did on his way into the hearts of Cape Town rugby lovers.

Third Afcon qualification in a row for the Warriors

Pakistan Tests in Zim to go ahead