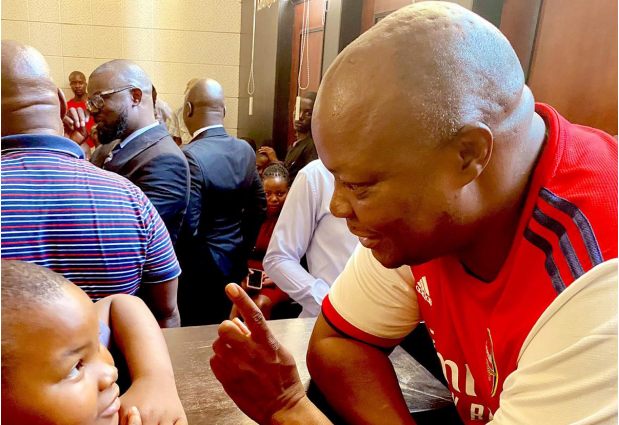 THE prolonged pre-trial detention of opposition politician and Zengeza West legislator Job Sikhala is having a heart-rending effect on his distraught family, The NewsHawks has learnt. Job Sikhala Jnr, son of the prominent political prisoner, says it is shocking that although he has never been convicted, his father has been repeatedly denied bail since mid-June.

“As for the family, it is very difficult to accept such acts by the government, whereby it is persecuting someone who is innocent, who has never been convicted. It is actually a shock to us as a family whereby you can see a magistrate giving out judgements saying that being arrested more than 60 times shows that someone does not repent from his violent acts — and yet he has never been convicted of any charge,” says Sikhala Jnr.

The outspoken politician was arrested on 14 June 2022 on accusations of inciting public violence in Nyatsime after he addressed mourners who had gathered for a prayer for the gruesomely murdered Moreblessing Ali.

On this matter he is accused alongside Citizens’ Coalition for Change Chitungwiza North MP Godfrey Sithole. He was later charged with obstruction of justice, after he allegedly posted a video indicating that a Zanu PF member, Pius Jamba, had killed Ali.

The state says Sikhala acted unlawfully. He has been detained at Chikurubi Maximum Security Prison for 178 days, with no prospects of tasting freedom anytime soon, after 10 consecutive bail bids were thrown out by both the magistrates’ courts and the High Court.

This has seen his family lose hope of taking him home before the festive season, said Sikhala Jnr.

“As a family, it is something that is very difficult for us not to be having our father around. Now time has gone by and my brothers and sisters have been asking: Is there any hope that we are going to be having our dad very soon, even on Christmas? This means that everyone is in shock. Even my little brothers cannot bear having our father incarcerated like that. That is actually pathetic, the continued incarceration,” he added. Since his days of student activism, Job “Wiwa” Sikhala has been arrested 70 times, without a single conviction. The family have been forced to depend on well wishers as their father has been away from work for half a year and their mother — a teacher at a primary school in Chitungwiza — does not earn enough to cater for all the needs of 12 children. “We are 12 children in my family that depend on my father for school fees and upkeep. Two are studying abroad while 10 are here. In terms of the fees and school needs, there have been well wishers who have been helping us, whom I cannot name,” he says.

“Our mother is a teacher at a primary school in Chitungwiza, and you know the pay of a teacher is not enough to pay even a quarter of my fees. As you know, UZ [University of Zimbabwe] has increased frees from ZW$60 000 to ZW$300 000, which means my mother would have to work for 10 months just to pay my fees only. And we are two children who are at the University of Zimbabwe and it’s actually hard, it has been hard on her for the past 170 days to take care of the family,” he adds.

All the people who were arrested in line with the Nyatsime violence have since been released on bail. Sikhala’s co-accused, Sithole, and 14 other opposition CCC members from Nyatsime were released in November.

After magistrate Tafadzwa Miti denied him bail in the case in which he is accused of inciting public violence, the incarcerated MP applied for Miti’s recusal from presiding over the matter, but the judicial officer refused.

The MP has taken the matter for review at the High Court and the case was remanded to 11 January for trial.

Meanwhile, Sithole will apply for separation of trial if the state fails to commence proceedings on the remand date.