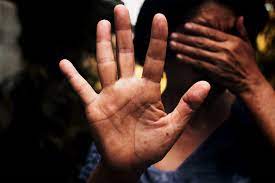 SHAMVA district has adopted Uganda modeled approach to tackle spiraling cases of Gender Based Violence (GBV) as well as HIV.

The development come amid a background of shockingly high cases of GBV that have been rising every year in the district since 2019.

According to the statistics released by the Ministry of Women Affairs, Gender and Community Development and confirmed by the National AIDS Council (NAC) in 2019 Shamva recorded 536 cases of GBV.

The following year, the number rose to 634.

As of June this year, the district had already recorded 589 cases of violence cases emanating from gender issues.

However, the district has since adopted a unique model to tackle the scourge which is called SASA (Start Awareness Support Action).

The model orginated in Uganda.

It seeks to change community attitudes, norms, and behaviors around gender, violence, and the risk of and vulnerability to HIV infection among women. Premised on the ecological model of violence, the program incorporates activism and then action at the community level.

Speaking during a NAC media tour on Thursday (13 October 2022), Shamva District AIDS Council (DAC) Shepherd Zanamwe said a lot of positives had started to be realized since the beginning of the programme.

“SASA project is designed in such a way that we select community members and train them to become what we call SASA champions. They are equipped with skills to teach their fellow villagers on how to end GBV and change their behaviuour to avoid new HIV infections.”

“After the trainings, they are then deployed into the wards in Shamva to form focal discussion groups and hold regular meetings to discuss matters around GBV and HIV. It is during those meetings that key populations like artisanal miners are engaged so that they are taught on the importance to shun GBV and combat HIV,” he said.

Shamva headmen Liberty Mhandu said since the start of the SASA project in his villages, there are a lot of people who had changed their behavior.

“One thing that the project achieved to do was introducing self-help projects that make people occupied and so find less idle time to quarrel. The small projects also reduce pressures on men in families and so do away with cases of violence over domestic issues that are caused by economic hardships,” he said.

During a site visit of the project at Jiti High School, Tabeth Mumvuriu, a villager in Shamva’s ward 12 said she used to bash her husband over petty family issues but after getting lessorns on anger management at one of the SASA meetings, her behavior changed for the better.

SASA Champion Simon Karombo revealed that several men who used to be known to be hardliners in his community had softened their characters towards violence.

The NewsHawks also learnt that Chiefs Bushu and Nyamaropa had since formulated by laws to slap perpetrators of GBV with deterrent fines on top of those charged for the crime by police.

Thin line between making laws and breaking them