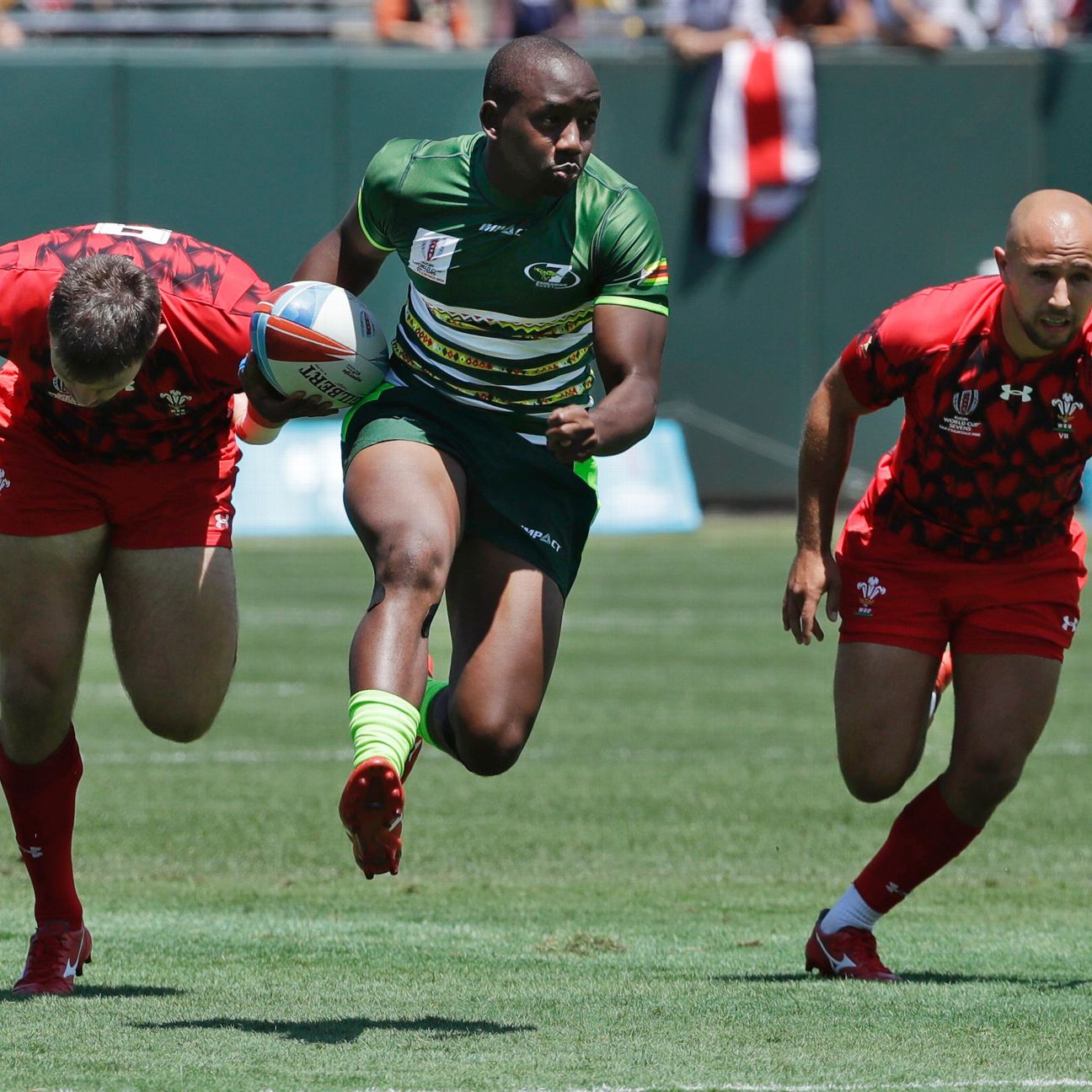 To replicate eye-catching performances of the past, Zimbabwe will need players in the mould of Tafadzwa Chitokwindo, seen here flying past Welsh defenders at the 2018 Rugby World Cup Sevens in the United States

IT has been a little over a month since Namibia showed they are not yet done, once again putting some daylight between themselves and the rest of Africa in the hunt for the continent’s single qualification ticket for the World Cup.

In Zimbabwe’s case, it has taken some time to sober up from yet another disappointment, following three hard years of rehearsing for a mission impossible – to knock the now increasingly invincible Namibians off their perch.

Over a month later, Zimbabwean minds have cleared a bit, allowing all to focus on another World Cup that has not been the much-desired accomplishment, the Rugby World Cup Sevens.

In the grand scheme of things, the Sevens World Cup has been treated as just another event on the international calendar, where even the Olympics event – as new as it is – and the yearly World Rugby Sevens Series, appear to be bigger.

But for Zimbabwe, we have once again been reminded where our mouths are, and where our strength is at this point in time.

Besides, we have not been to any of the first two Olympics in Sevens, and we do not play in any of legs of the Sevens Series circuit anymore.

Zimbabwe’s quest for the main World Cup over the past four years had made us go ahead of ourselves and all but neglected the format in which we have our best chance of competing at the moment.

Our Sevens teams of recent years has not been the enthralling group of players we had become accustomed to in this country.

Since the advent of Sevens, different Zimbabwean coaches had been spoilt for choice with talent, and the fans eating out of the palms of the players’ hands. Unlike other countries, some of Zimbabwe’s greatest players of all time have also showcased their skills on the Sevens field and I have been privileged to have watched most of them in their pomp in both formats: Kennedy Tsimba, Victor Olonga, Ian Noble, John Ewing, Neill Nortje, Leon Greeff, Mordekai “Bhuru” Mwerenga, Allan Mdehwa, Emmanuel Munyoro, Tich “Banja” Chidongo, Tangai Nemadire, Gardner Nechironga, Daniel Hondo, Jacques Leitao, Silethokuhle “Slater” Ndlovu, Gerald Sibanda, Cleopas Makotose, Wes Mbanje, Manasah Sita, Tafadzwa Chitokwindo – quite a long list.

There is desperate need for this kind of talent in the current side, and we do not have to look too far for it.

All that is needed is deliberate move to select the right players into the side heading to the 2022 Rugby World Cup Sevens in Cape Town at the beginning of next month.

I watched every game at the 2009 Rugby World Cup Sevens in Dubai when Zimbabwe emerged with its best performance in the tournament – plate trophy winners after beating Ireland in the final of that section.

That side, under the much-respected coach Liam Middleton, stood up and got noticed.

Our premier national team, the Sables, were at that time in the rearview mirror of Namibia, as they still are now. The Namibians had been to the main World Cup in 2007, and they were off again to the next one in 2011 at the expense of everyone on the continent.

But the Sevens side gave Zimbabwe something to cheer about with that small taste of glory in Dubai 13 years ago.

It could be a little too late for that sort of success this year. But what I would like to see – now that this is all we have to fight for at this stage – is for the powers-that-be to take the Cape Town showcase seriously and make Zimbabwean rugby fans proud to conclude a season that has been a mixed bag and emotional roller-coaster of a year.

P.G.A Golf Tour gets even richer, prize money for FEDEX Cup now up to $18 million