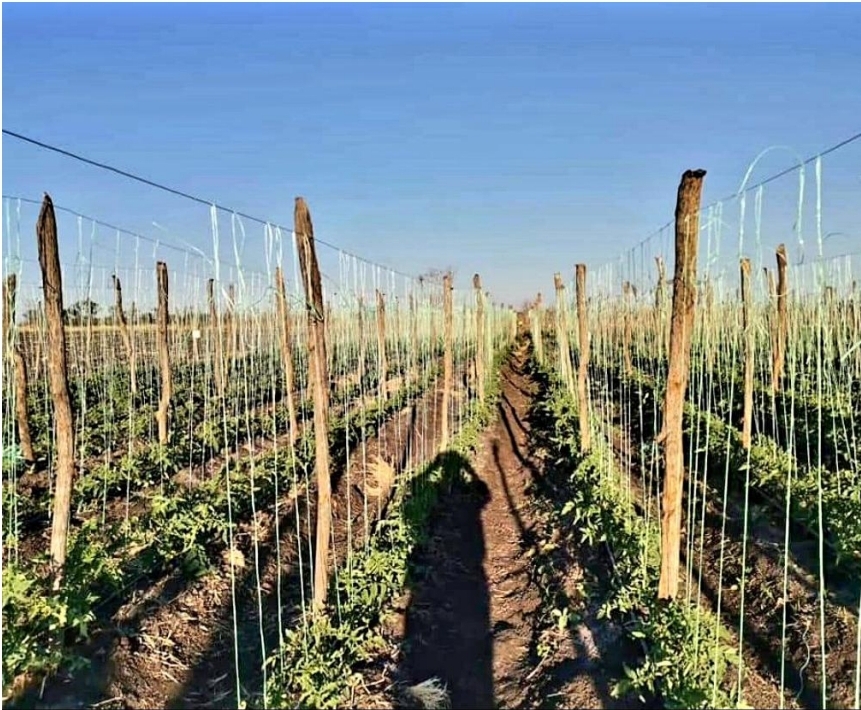 FARMERS at Kershelmar Farms, generally known as Esidakeni, in Nyamandlovu, continued planting this week amid growing threats by Zanu PF leaders, including Matabeleland North provincial minister of state Richard Moyo and party secretary for administration Obert Mpofu, to seize the land from its legal owners.

Central Intelligence co-deputy director-general Gatsha Mazithulela is said to be one of the agitators for the unlawful farm seizure behind the scenes.

Madzivanyati, without any legally valid documents and justification, arrived at the farm and tried to peg where the owners are planting eight million onions. That resulted in physical confrontation between him, farm managers and workers.

Moyo and Mpofu are already unlawfully resettling their associates, friends and relatives on other people’s property in a brazen violation of the law, the rule of law and property rights.

Their actions are also further damaging investor confidence as they reinforce the perception of Zimbabwe being a hostile business environment, while making the government’s international re-engagement more harder.

Kershelmar Farm is owned by Siphosami Malunga, Dhlamini and Charles Moyo, each controlling a third of all the allotted shares.

This means directors and shareholders of the company that owns the farm are black Zimbabweans. They have the title deed to the property.

The owners of Kershelmar Farms (Pvt) Limited – which legally owns Kershelmar Farm – are currently preparing a court application to stop Moyo, other authorities and their supporters from interfering in or grabbing their land.

Legally, land belonging to indigenous black Zimbabweans cannot be taken. There is a court judgement to that effect already.

“So Richard Moyo, provincial minister for Matabeleland North, sent Dumisani Madzivanyati with whom he has a corrupt relationship to peg exactly where we are planting eight million onions,” Malunga wrote on social media on Wednesday.

“The land officials say the instruction to peg specifically came from Moyo, not them.  Madzivanyati, who also runs E68 Bar and Grill in Leeside, whose car you can see parked inside the field, attacked Dhlamini with a log. We hold Moyo and those he is working with criminally liable.”

However, after the disturbance there was peace at the farm yesterday as invaders did not return.

“Today was a quiet day at Esidakeni,” Malunga wrote.

“We used the opportunity to plant our onions using state-of-the-art pneumatic fine seed planter which plants one million onion seeds per hectare with amazing precision. Meanwhile, the trellising of tomato crops continues.”

The farm owners recently wrote a letter to Lands and Agriculture minister Anxious Masuku, explaining their ownership of the land and the threat to production, as well as potential losses they might suffer if the invaders’ illegal activities are allowed to continue.

Masuku has distanced himself from the farm grab, saying it was provincial officials responsible.

“We risk suffering irreparable loss from all this. We have invested over US$100 000 this year alone and have crops at different stages of maturity including 8 hectares of onion, six hectares of butternut and six hectares of tomatoes (150 000 plants ) currently being planted,” the letter says.

“There are allegations that we are under-utilising the farm which is 530ha. We would like to bring to your attention that only 85ha of this land is arable and irrigable.

“We have invested ZW$10 million of borrowed funds from local banks (using our urban residential properties as collateral) to implement an intensive winter/summer horticultural programme which involves utilisation of 55ha of the arable land (see attached cropping programme). This is supposed to yield gross returns of over ZW$60 million between now and April 2022. We cannot be said to be under-utilising the land.”

The letter says the minister was clearly being misled by provincial officials lying to him and exposing government to justify illegally seizing the farm.— STAFF WRITER.

Mandela, Mugabe, Masire tried to reform Eswatini – all in vain