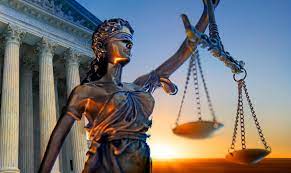 Although in 1992 human rights and democracy were listed among the Sadc principles (Sadc 1993: art 4), the consolidation of democracy was only added to the objectives of the regional grouping in 2001 (Sadc 2001b: art 5). In addition to its market integration agenda, in 1994 Sadc took over the security role previously played by the Frontline States (FLS) that had disbanded after the demise of the apartheid regime in South Africa. So, since the early 1990s Sadc has been pursuing a broad and ambitious cooperation agenda in Southern Africa that embraces development, security and democracy.

The Organ on Politics, Defence and Security Cooperation (OPDSC) is the assembly of Sadc answerable for the upkeep of peace and security in the region. While the Sadc region has for many decades been overwhelmed by politically-sanctioned racial segregation, common conflicts, expansionism, political insecurity and intermediary wars, including secessionist wars, uprising and election-related conflicts.

Sadc’s peacemaking order is inferred in its establishing settlement and all the more so in its 1996 convention that set up its security structure, the OPDSC.The text of the convention traces a scope of destinations corresponding to peacemaking. This incorporates reference to the Sadc organ’s obligations to “manage and seek to resolve inter and intra state conflict by peaceful means” and that the methods employed “to prevent, manage and resolve conflict by peaceful means shall include preventive diplomacy, negotiations, conciliation, mediation, good offices, arbitration and adjudication by an international tribunal.

The region has for years ignored the prospects for establishing a transitional justice system that is people oriented and benefits the masses. As a way to ensure peace and stability within the Sadc region there is no reasonable doubt that there is need for transitional justice to be instituted at a regional level through a transnational mechanism. The issues of human rights atrocities, colonialism and apartheid did not know political boundaries, therefore the remedies should not know any political boundaries.

The development of transitional justice in Sadc is a result of human rights abuses of the colonial period which were generated in the long struggles between the violent structural exclusions of settler colonial ideology and practice, and the often intolerant assertions for unity by nationalist movements that were “majoritarian without qualification” and a post-colonial period with a combination of the authoritarian legacy of settler rule, the militarist forms of nationalist struggles and the monopolisation of the state by the ruling party bred a new round of human rights abuses that have continued into the present period.

In this regard, one is inclined to point out that the state cannot be trusted with such a role of instituting a transnational transitional justice because it is the state that benefits much from human rights violations and atrocities rather than the people. In this regard, it shows that the current transitional justice systems which are usually anchored on international law and municipal law, both the collection and agreements of the states are not enough in ensuring peace and stability in the region.

In our case, the same state is the major benefactor of atrocities hence lacks the credibility of instituting comprehensive transnational transitional justice in Sadc.

The above avowal is associated with the view that international law has penetrated the once exclusive zone of domestic affairs to regulate the relationships between governments and their own citizens, particularly through the growing bodies of human rights law and international criminal law.

The above entails that for such an inventory to be done, there is a need to look also into traditional transitional justice mechanisms which were once implemented in some African countries. Those that were inspired by the people’s cultural values, the case of the Gacaca justice system in Rwanda, as well as the Acholi rituals in Uganda and the Magamba spirits in Mozambique are examples of tradition-based justice practices that have been used in other parts of the continent.

Thus to enhance peace, security and stability in the Sadc region, there is a need to institute a transnational transitional justice system which will be spearheaded by non-state actors across the region.

Gwaze is a Harare-based political scientist

A new film about Zimbabwe’s 2018 elections is worth watching, but flawed