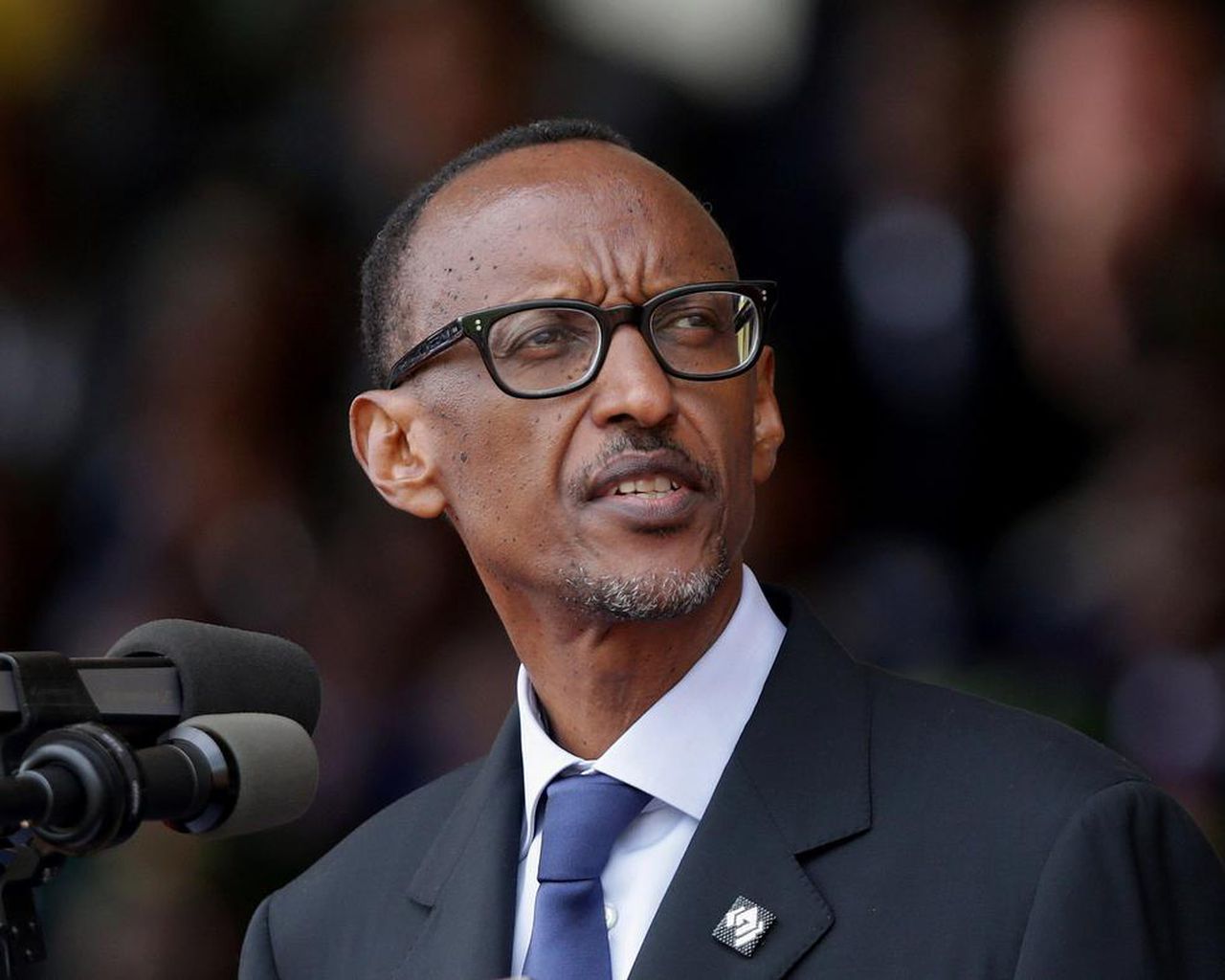 BRIDGET MANANAVIRE/BERNARD CHIKETO
Their refugee status was revoked by the United Nations in 2013 following assurances of their safety by the Rwandan government.

However, it was then extended by two years after they protested the decision, pleading to be integrated into the Zimbabwe communities, fearing the Rwandese strongman.

Kagame’s brutality has been captured in a book titled Do Not Disturb – The Story of a Political Murder and an Africa Regime Gone Bad, written by journalist Michela Wrong.

In the book, which may justify the fear among the refugees, a grisly murder in a Johannesburg hotel room provides the opening to a gripping political detective story, one that upends the narrative sold to the world by Rwanda after one of the deadliest genocides of the twentieth century.

In 1994, an idealistic group of young rebels overthrew the brutal government in Kigali, ushering in an era of seeming stability and growth that made Rwanda the donor-darling of the West, winning comparisons with Switzerland and Singapore. But the regime the young rebels put in place had its own dark and sinister side.

With vivid direct testimony from key participants, Wrong uses the story of the murder of Patrick Karegeya, once Rwanda’s head of external intelligence and quicksilver operator to supple charm, to explore the creation of a modern African dictatorship, fashioned in the chilling likeness of Paul Kagame (pictured), the president who sanctioned his former friend’s assassination.

What emerges is an unflinching portrait of ruthless power dependent on violence, intimidation and surveillance, with worldwide reach and an elephantine memory of vengeance.

The refugees, who are refusing to return home, fled Rwanda to escape persecution after their ethnic group presided over a brutal genocide that claimed the lives of 800 000 Tutsis and moderate Hutus in 100 days in 1994.

Tongogara Refuge Camp administrator Johanne Mhlanga said the Zimbabwean government’s position had not changed, but there was no timeline for their repatriation.

“The position of the government has not changed. They are expected to return home in line with refugee laws,” Mhlanga said, without shedding light on what is causing the delay.

According to information from the UN High Commissioner for Refugees (UNHCR), refugee status determination (RSD) is the legal or administrative process by which governments or UNHCR determine whether a person seeking international protection is considered a refugee under international, regional or national law. RSD is often a vital process in helping refugees realise their rights under international law.

States have the primary responsibility to conduct RSD. However, the UNHCR may conduct RSD under its mandate when a state is not a party to the 1951 Refugee Convention and/or does not have a fair and efficient national asylum procedure in place.

“Under applicable legal principles and standards, a person who was recognised as a refugee by a State under the 1951 Convention relating to the Status of Refugees and its 1967 Protocol (hereafter referred to as the ‘1951 Convention’) and/or determined to be a ‘mandate refugee’ by UNHCR may lose refugee status only if certain conditions are met,” UNHCR states.

“Cessation: the ending of refugee status pursuant to Article 1C of the 1951 Convention because international protection is no longer necessary or justified on the basis of certain voluntary acts of the individual concerned or a fundamental change in the situation prevailing in the country of origin.”
The cessation clause affects all Rwandan refugees who fled the country before 1998.

Former Tongogara Camp administrator Meshack Zengeya in 2017 voiced concern that the refugees could flee the camp if the government adheres to the UN’s 31 December 2015 deadline of the cessation of their refugee status.

“I’m certain that the security ministries will have a problem with these people when they disappear into the community. So it’s an issue which the Rwandan community are requesting for local integration,” Zengeya said then.

Following the Hutu-led genocide, the then Hutu government was toppled from power, leading to many Hutus fleeing the country, fearing retaliation from the Tutsi-led government.

Kagame is a Tutsi.

The 2015 cessation deadline was an extension of a 2013 deadline that flopped after the refugees resisted repatriation in spite of assurances by the UNHCR which has been organising “go-and-see-first” visits for a select few with the hope that they would return with encouraging experiences.

“Unfortunately they are always coming back with negative stories,” Zengeya said.

In protesting the move, the Rwandan community leader at Tongogara Camp, Philip Sindayigaya, said the threat that existed when they fled Rwanda was still there.

“No one here wants to return home. We want to stay in Zimbabwe because what we ran from is still there. We have been appealing for Zimbabwean citizenships, we have noted that other nationals have benefited or resettled, and we want similar treatment,” he said.

Wrong’s book has received rave reviews from some renowned authors of political books including Miles Tendi, who wrote The Army and Politics in Zimbabwe: Mujuru, the Liberation Fighter and Kingmaker.

The ghosts of other historic mortal fallouts – Stalin and Trosky, Sankara and Campaore, Robespierre and Danton, Mugabe and Mujuru – haunt this story, but more importantly, it draws our attention to the significant structural problems created by ex-military leaders’ participation in the building of post war democracy and peace,” said Tendi.

Jason Streans, author of Dancing in the Glory of Monsters The Collapse of the Congo and the Great War of Africa described the book as “an intimate, clear eyed chronicle of the violence and intrigue at the heart of the Rwandan Patriotic Front’s history.

This is perilous terrain; Wrong skillfully navigates amid myths and disinformation to splice together the stories of the men who came to rule Rwanda.”

Noel Twagiramungu, director of the Africa Centre for Strategic Progress, described the book as a “masterly investigative book” which “in rich, searing prose, backed up by damning evidence and compelling anecdote…exposes the sinister paradoxes of Kagame’s murderous ‘donor-darling’ regime.”

“Imagine a journalist of the 1930s brave enough to investigate one of the mysterious assassinations of Stalin’s opponents who had fled abroad – and to tell that story to a world where too many people were enamored of the Soviet leader.

Michela Wrong has taken on a similar job: to use a killing to expose a man today seldom recognised as a ruthless dictator. Her skills as a writer and expert knowledge of Africa makes this a chilling story,” said Adam Hochschild, the author of King Leopold’s Ghost: A Story of Greed,  Terror and heroism in Colonial Africa.

René Lemarchand, author of Rwanda and Burundi said although “Kagame remains as an object of widespread admiration for having stopped the genocide of Tutsi, raising his minuscule state into one of the fastest- growing economies in the continent, and promoting peace and reconciliation between Hutu and Tutsi.

The author raises the curtain on a dystopian landscape too long ignored and left “undisturbed” by too many observers.

Through countless interviews with key actors, including the central figure in her narrative, Karegaya, the author paints a frightening picture of Rwanda as a police state with all the hallmarks of the Stalinist era, where opponents to the regime are not disappeared because they are guilty but those disappearance is sufficient proof of their culpability.

Refreshingly free of jargon, the book breaks important new ground in the literature of Rwanda, in lively and suspenseful prose. This is revisionist history at its best. I cannot recommend it too highly.”