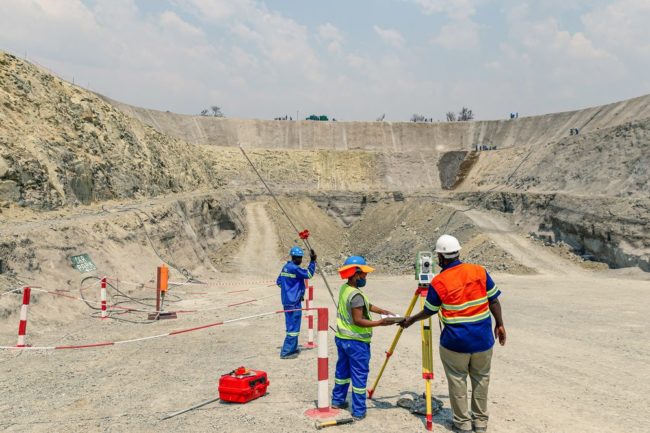 WHILE Zimbabwe pleaded neutrality when it abstained as the United Nations General Assembly on Wednesday overwhelmingly voted to condemn Russia for invading Ukraine while demanding Moscow stops fighting and withdraws its military forces, a move to further isolate the Kremlin, there were other underlying vested economic and financial interests for Harare and its leaders.

Zimbabwe abstained from voting on the resolution, supported by 141 of the assembly’s 193 members, passed in a rare emergency session called by the UN Security Council while Ukrainian forces were battling to defend their cities amid air strikes and a devastating bombardment that has forced over one million people to flee.

The text of the resolution deplores Russia’s “aggression against Ukraine.” The last time the Security Council convened an emergency session of the General Assembly was in 1982.

Officially, Zimbabwe said: “As you are aware, there was a vote in the UN General Assembly yesterday on 2 March 2022 on a resolution on Ukraine. Zimbabwe abstained in that vote. We wish to assure you that Zimbabwe is strong believer in the UN Charter and all its principles and purposes, including the peaceful settlement of disputes.

“The situation in Ukraine is a very complex one and is deeply rooted in the history and geopolitics of that region. Zimbabwe believes it is the duty of the international community not to make that situation more complex than it already is.”

However, there are other economic and personal issues entangled on the matter.

Russia is trying to develop a huge platinum mine in Zimbabwe, which from 1980 adopted a non-aligned position, on the Great Dyke belt.

But the deal recently stalled after Impala Platinum Holdings Ltd demanded transparency on the ownership of the state-run Kuvimba Mining House before considering a joint venture.

Kuvimba is a shadowy state enterprise whose private shareholders are hidden.

Impala, the third-largest producer of platinum group metals, was approached by Great Dyke Investments, which owns the Darwendale project. It wants clarity on the shady Kuvimba, which is 35% owned by private shareholders the government is unwilling to identify.

Kuvimba, which bought its equity stake from the military through Landela Mining, and Russian tycoon Vitaliy Machitskiy’s Vi Holding each own 50% of Great Dyke Investments. Machitskiy is founder and president of Vi Holding Group.

The plan to build the huge platinum mine at a cost of about US$4 billion initially floundered due to a military stake amid Western sanctions on state entities, including the army, in the project that deterred potential funders.

Three years ago, local tycoon Kudakwashe Tagwirei paid millions of dollars to a Zimbabwean military-owned company so that Landela Mining, a company he controlled, could purchase 50% of Great Dyke Investments.

Last year, a year after Landela Mining had bought half of the platinum mine, Zimbabwe granted Great Dyke Investments a five-year corporate income tax holiday and exempted its shareholders resident in the country from resident shareholders’ taxes on company dividends retroactively applied to January 2020.

Mnangagwa met Russian President Vladimir Putin in January 2019 to discuss this deal and other issues.

The Zimbabwean leader also travelled to Kazakhstan, Azerbaijan and Belarus where he also met Putin’s ally in the Ukrainian war President Alexander Lukashenko.

About a year before that, in March 2018, Lukashenko had dispatched his righthand man Viktor Sheiman to Zimbabwe to negotiate trade and business deals on the government’s behalf.

Sheiman has been one of Lukashenko’s closest allies ever since the 1994 electoral campaign that brought the strongman to power.

While serving as Belarus’ prosecutor-general in 2004, he was sanctioned by the EU over the disappearance of several prominent Lukashenko critics, and the US followed suit two years later. But he was under no such restrictions in Zimbabwe.

After Sheiman returned from Harare, Belarus’ state-owned news agency said he had met with Zimbabwean officials to discuss “expanding economic cooperation” between the two countries, and that he had brokered an opportunity for “the creation of a mining enterprise.”

Sheiman told Belarusian state television that the trip had produced deals to explore for minerals such as gold, platinum and rare earths through a joint venture in mining. The mining deal was presented as a collaboration between the two countries, and Sheiman said it was intended to make “profit for Belarus.”

But in fact, the new joint venture, Zim Goldfields, was secretly co-owned by Sheiman’s son, Sergei, with no stake for the Belarusian state. Sergei Sheiman’s partner in the gold venture was influential Belarusian businessman Alexander Zingman, who has served as Zimbabwe’s honorary consul in Belarus since around early 2019. Zingman was also detained for 12 days this March in the Democratic Republic of Congo.

A Press release by his Dubai-based company, Aftrade DMCC, specified that the reason for the incident was arms dealing allegations, which Zingman flatly denied. He was released without charge. Documents from the Pandora Papers — a massive leak to the International Consortium of Investigative Journalists of nearly 12 million documents from 14 offshore corporate service providers, shared with media partners around the world — show how the two Belarusians used shell companies in the Seychelles and the United Kingdom to mask their involvement and the conflict of interest at the heart of the deal.

Thirty percent of Zim Goldfields was held by Zimbabwe’s state-owned mining company, the Zimbabwe Mining Development Corporation (ZMDC), but the other 70% was controlled by a UK shell company called Midlands Goldfields Limited. Its ownership was masked by a proxy — UK records name Robert Michael Friedberg as the director of the company — but leaked documents from the Pandora Papers show that Friedberg was acting on behalf of its owners as a nominee for a Seychelles entity with a similar name: Midlands Goldfields Foundation.

And that entity was owned by Sergei Sheiman and Zingman, who had both reportedly been part of the March 2018 mission to Harare. Both shell companies appear to have been created specifically to take advantage of the opportunity afforded by Viktor Sheiman’s official visit to Zimbabwe: Midlands Goldfields in both the Seychelles and UK were incorporated just a few months before his trip, and Zim Goldfields was set up shortly after.

Vytis Jurkonis, a political scientist at Vilnius University and an expert on Belarus, called the arrangement an example of “nepotism” and a “conflict of interest.” “I think it has all the signs of a really shady structure with direct links to the president’s administration,” he told OCCRP. Sergei Sheiman and Lukashenko’s administration did not respond to questions sent by OCCRP.

Aftrade DMCC, Zingman’s Dubai-based company, denied that Zingman had any involvement with the gold venture, despite his name, contact details, passport number and signature appearing in company records for Midlands Goldfields Limited.

Alpha Consulting, which set up Midlands Goldfields in the Seychelles, said it complies with all local and international regulations and runs background checks on its clients and the source of their wealth.

“Mr Zingman has no links whatsoever with either Zim Goldfields or Midland Goldfields Limited,” Aftrade DMCC said in a written response. “Mr Zingman is also not involved in any business relationships or existing companies with Mr Sergei Sheiman,” the company added in a separate statement.

Viktor Sheiman, who left his position as head of the Belarus President Property Management Directorate in June 2021 with a personal message of gratitude by Lukashenko for “opening the window to Africa,” did not respond to requests for comment sent through his former office.

Zim Goldfields obtained permits to prospect for gold on nearly 55 000 hectares in three locations, including a site along the Mutare River, a waterway in eastern Zimbabwe whose name means “river of metals.”

The company was awarded a five-year “special grant” in May 2018 to mine for gold in a section of the river. Within months, the company was in trouble with Zimbabwean authorities. A December 2018 visit to the Zim Goldfields site, led by the Mines ministry’s provincial leadership in Manicaland, reported the company had violated several safety regulations, though it is unclear whether any penalties were levied.

Yauhen Zhouner, a director representing Midlands Goldfields on Zim Goldfields documents, appears on company records after September 2020, suggesting the company may have remained under Belarusian control.

The joint venture agreement and articles of association gave the owners of Midlands Goldfields extraordinary freedom to obscure their interest in Zim Goldfields.

The documents allow Midlands Goldfields to transfer its shareholding to “any partnership or other body whether incorporated or not” without the approval of its state-run partner ZMDC.

Mnangagwa and his government have economic opportunities and deals he is fixing with Putin and Lukashenko, which they could not sacrifice, at the special UN General Assembly this week.

Similarly, Mnangagwa wants re-engagement with the West – Zimbabwe’s traditional economic partners who have imposed sanctions on Harare and stopped international funding – to revive the moribund economy. He was in Brussels recently during the EU-Africa meeting pushing re-engagement.— THE NEWSHAWKS/ORGANISED CRIME AND CORRUPTION REPORTING PROJECT.