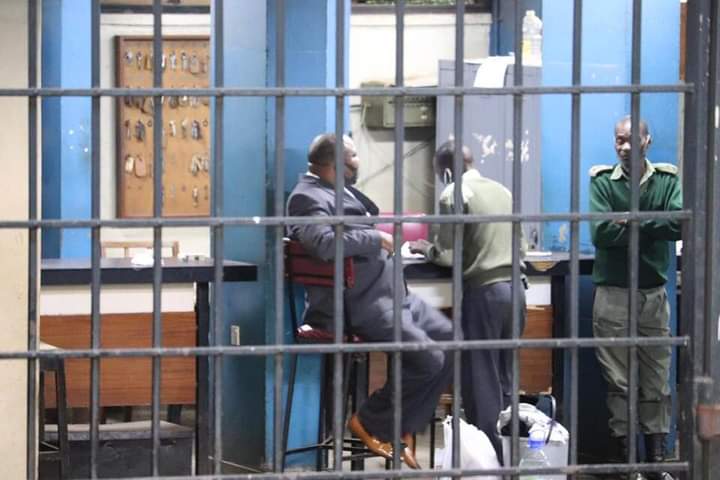 THE pre-trial incarceration of outspoken Zengeza West legislator and 16 other Citizens’ Coalition for Change activists which has gone beyond 90 days has effectively put the country’s rule of law in bad light, with political analysts saying it amounts to political victimisation.

The incarceration has all but confirmed that President Emmerson Mnangagwa’s regime is not committed to defending human rights or observing the rule of law.

The situation reached a crescendo last week when a group of eminent Zimbabwean citizens led by academic Ibbo Mandaza petitioned Mnangagwa, demanding the release of the legislator and other CCC activists.

In the letter, the prominent citizens told Mnangagwa that “the injustice is too visible to ignore, and we would be unfaithful in our devotion to the country if we remain silent.”

Sikhala and his colleagues are accused of inciting violence in Chitungwiza after the murder of CCC supporter Moreblessing Ali.

The weaponisation of the law has become a serious cause for concern,  with observers drawing comparisons with Robert Mugabe’s atrocious human rights record.

Accused persons like  the late Movement for Democratic Change founding leader Morgan Tsvangirai and Professor Welshman Ncube, who were charged for treason, one of the most high-profile crimes on the statute books,  got bail and were tried coming from home until they were cleared by the courts while represented by revered Greek-South African human rights lawyer George Bizos.

The nearest comparison during Mugabe’s time to what Sikhala and his colleagues are being subjected to happened before the Unity Accord of 1987 signed between the late long-time ruler and his nemesis Joshua Nkomo.

It is the case of former Zipra commander Lieutenant-General Lookout Masuku who was arrested together with former Zipra intelligence supremo Dumiso Dabegwa in 1982 on allegations of planning a coup.

Masuku, who was a fearless military strategist, Dabengwa and other Zipra cadres were found not guilty by the Supreme Court in 1983, but Mugabe’s regime detained them under emergency regulations in inhumane conditions. They were tortured in custody.

Masuku was later released in March 1986 due to ill-health and sadly died at Parirenyatwa Hospital in Harare a month later, on 5 April.

However, even with that level of flagrant abuse of the law, the cruelty being meted out on Sikhala and others at Chikurubi Maximum Security Prison marks a new high of judicial intolerance happening under the watch of a man who in 2017 paraded himself as a reformed person despite having been the late Mugabe’s right hand man for decades.

Before his arrest, Sikhala hinted several times that the regime was so afraid of his organisational dexterity in Zimbabwe’s fluid political arena to an extent where the authorities planned to jail him until the 2023 elections have passed.

Although it could be early days yet, the direction in which the wind in his case is blowing is pointing towards an ominous direction.

Stephen Chan, a professor of world politics at the University of London, concurred that he weaponisation of the law on Sikhala’s endless detention has dented Zimbabwe’s standing.

“It is clear that detention is being used as a punishment even before any real effort at due process. It’s an echo of the arbitrary and ‘administrative’ detentions without charge or process used by the South African apartheid government and, to this day, by the Israeli authorities against Palestinian activists,” Chan told The NewsHawks.

While constitutional law expert Professor Lovemore Madhuku recently said political negotiations are now necessary in seeking the release of Sikhala and his colleagues from prison, Chan fiercely disagreed with that line of thinking.

“Negotiations are most unlikely. It would allow Mnangagwa to set terms. But the CCC could be more active in its public protests against the detentions,” he said.

Political commentator Rashweat Mukundu said there is no doubt that the detention of Sikhala and other CCC activists is politically motivated in the sense that no prima facie case has been proven against all the detainees.

“There has been a political decision that has been made by the courts at the instigation of the ruling party and its agents to keep Job Sikhala and other CCC supporters in prison. This is to send a message to would-be protesters that this is how we are going to treat you should you dare to challenge the leadership of Zanu PF,” he said.

Mukundu, who is also a media and development expert, juxtaposed the Sikhala group’s pre-trial detention with the treatment of suspects from Zanu PF for the same case of incitement of violence and said it showed that the judiciary is Zimbabwe is captured.

“This is the most sad development in the sense that those that are known and have been on record for instigating violence in Zanu PF are still walking free yet those that were standing with the murdered CCC supporter Moreblessing Ali are the ones that are suffering. This is a travesty of justice and a clear indication that our judiciary is not only politiciced but also weaponiused to harass the opposition faithfuls and deny them bail even in  cases where there is no case proven against them,” said Mukundu.