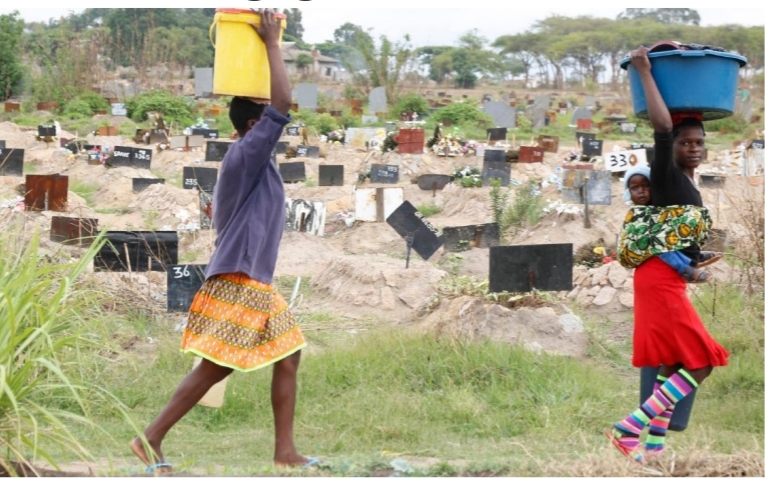 DESPITE a steady drizzle, women in a group take turns to fetch water from a shallow well next to Granville Cemetery, commonly known as Mbudzi, in Hopley, 15 kilometres south of Harare.