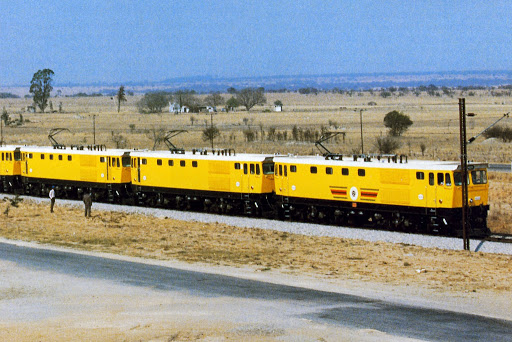 SOME executives of the Diaspora Infrastructure Development Group (DIDG) who were elbowed out of the US$400 million National Railways of Zimbabwe (NRZ) recapitalisation project have appointed Bheki Mdlalose of Grinaker LTA to spearhead a R4.5 billion (US$300 million) plant construction to produce titanium dioxide and other nano-titanium products.
Through Nyanza Light Metals, a chemical manufacturing company established in 2011, which has partnered the Richards Bay Industrial Development Zone Company, the consortium members have begun building an 80 000-tonne-per-annum plant in Richards Bay, 170 kilometres north of Durban, in South Africa.
The Zimbabwean government terminated the DIDG contract with NRZ on the grounds that the consortium had failed to bankroll the project even it had secured a syndicated loan of close to US$1 billion and term sheets.
DIDG opposed cabinet’s decision, saying the termination was fraught with irregularities, with Transport and Infrastructure Development Minister Joe Biggie Matiza accused of trying to smuggle in a preferred bidder via the back door.
The consortium had won the tender to recapitalise the moribund rail operator in 2017 before the deal was overturned by  Matiza.
Through its lawyers Atherstone & Cook, the consortium is suing Matiza and the NRZ for US$215 million for damages arising from the government’s conduct. NRZ is making frantic efforts to get funders to bankroll the project, clandestinely meeting financiers as the recapitalisation programme remains unattractive investors.
The 100% black-owned consortium has set its sights on the US$20 billion a year titanium dioxide pigment market. Titanium dioxide is a critical component in the manufacture of products such as paint and industrial coatings.
The new venture will also take advantage of the export market for value-added titanium products. South Africa is a net importer of titanium value-added products.
Nyanza’s new partnership also includes construction of a R200 million semi-production plant, with the second being the main production plant. The combined investment amounts to R4.5 billion.
“At peak production, the main production plant will produce over 80 000 tonnes per annum of titanium dioxide pigment as well as other nano-titanium-related products from titaniferous slags,” reads the statement issued by Richards Bay’s Industrial Development Zone.
“The appointment of Grinaker-LTA (G-LTA) heralds the start of the first phase of this unique and significant project which will enhance Richards Bays’ position as the Titanium Capital of the African Continent. Construction of the Technical Services Centre has commenced in December 2020 with G-LTA starting with site establishment and equipment mobilisation, whose scope is of a turnkey project,” further reads the statement.
Nyanza Light Metals chief executive, who is also DIDG executive chairman, Donovan Chimhandamba, said Grinaker’s appointment would be beneficial to the consortium.
“The appointment of Grinaker-LTA is a significant and quality milestone achieved. Though for now they are focused on the heart and centre of our operations, which is building the technical services centre, we are happy as Nyanza to have them advise on the broader issues around the main plant. We have no doubt of the quality they will deliver and look forward to working with them,” Chimhandamba said.
Grinaker-LTA, which is 100% black-owned, has over a century of experience in construction, mechanical and electrical engineering within specialised industrial plants.
“This project came at a time when there has been a sharp decline in construction sector and an increase in unemployment particularly in Richards Bay. Our strategy targets areas where positive societal impact can grow in tandem with our business, in ever more innovative ways,” Mdlalose said. – STAFF WRITER

Zim economy is not serving the poor