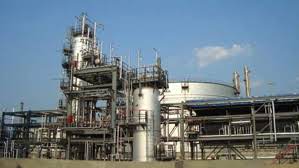 ONCE the country’s industrial hub, Bulawayo is reeling under the effects of chronic de-industrialisation with over 100 firms — mostly in the manufacturing, textile and clothing sectors — closing down in the last 10 years, leaving thousands of workers jobless.

DUMISANI NYONI
Several efforts have been made to revive industries in Bulawayo, but with little success.
For instance, the government launched the US$40 million Distressed and Marginalised Areas Fund (Dimaf) in 2011 to revive companies.
A total of 48 companies, half of them from Bulawayo, received loans worth US$28 million from the fund.
In 2010, the government also launched the US$70 million Zimbabwe Economic and Trade Revival Facility (Zetref) to help companies recapitalise.
But some of the companies that benefited from the facilities are still struggling while some, like National Blankets and Marvo, have since closed shop.
The facilities, according to economists, failed to rescue ailing companies due to abuse and stringent conditions attached to their disbursement.
For example, the Zetref facility saw companies being pushed into difficulty by high interest rates, as high as 36% to 42%, and full repayment being required in 18 to 24 months.
This further pushed companies into debt distress.
The government again came up with Statutory Instrument 64 of 2016, which effectively banned the importation of certain products without prior clearance in a bid to support local industry, that had suffered from the influx of cheap imports.
This year, the government announced the $18 billion Covid-19 stimulus package, with a total of $3 billion of the package going towards the working capital fund for industry. Companies in Bulawayo, however, say they did not receive the money.
Judicial management was also tried, with no success.
With all these measures put in place, why is industry in Bulawayo still struggling?
Is it because the government misdiagnosed the challenges facing industry and came up with the wrong solution? Perhaps.

Major challenges affecting Bulawayo industry
According to industrialists, companies in Bulawayo and indeed elsewhere in the country are facing challenges such as absence of affordable long-term capital for retooling, mismanagement, influx of cheap imported products, ageing equipment, electricity and water shortages. Some of Bulawayo companies that have gone under include True Value, Label Fashion, Suntosha Leisure Wear, Lancaster, Harren Manufacturing, Ascot, Belmor Fashions, Cinderella, Textile Mills and Rusglen Fashions, to name a few.
The list of struggling companies includes the National Railways of Zimbabwe (NRZ), Cold Storage Company, Merlin or Merspin, Marvo Stationery, Wetblue and Rubber Products Manufacturers.
In one of his articles, Vumani Madonko, a researcher, said political posturing continues to hamper industrial recovery.
In 2010, for instance, National Foods moved its processing plant to the capital Harare, at a time when calls for equal development in Bulawayo were loudest.
“The combination of external economic realities and political resistance and ignorance means that one of the greatest industrial cities in the country continues to fade away into a ghost town, a shadow of its former self,” he said.
Madonko opined that Bulawayo was hard hit by political turmoil from 1982 to 1987 during the Gukurahundi era. He said given the socio-political landscape at the time, the Zanu PF government perceived the Matabeleland region (that Bulawayo is part of) as a threat to its power and began a vicious campaign of killings and intimidation.
“This was a way of decimating the only viable opposition to the ruling party, Zanu PF. This campaign caused capital and industrial flight.
“Industries moved mainly to the capital city Harare and neighbouring countries,” he said.
Obert Sibanda, a prominent businessman and former president of the Zimbabwe National Chamber of Commerce, opined that the industries were being affected by technological factors, the movement of skilled and unskilled labour to the diaspora as well as working capital.
“Firstly, when Bulawayo was known as the industrial hub most companies were in the clothing and textile, rubber and footwear sectors as well as heavy engineering to a certain extent. Clothing and textile and rubber and footwear, we do not need a rocket scientist to tell us that they have been destroyed by foreign products that have flooded the market,” he wrote in some of his articles.
“These khothama boutiques, flea markets, have done more harm than good to destroy the industry. No matter what you do to reduce the price, one cannot match the price of these dollar-for-two foreign products. The heavy engineering (companies) were mostly serving NRZ, and the region. NRZ is currently having challenges and these companies are without business.
“Secondly, we need to appreciate that most companies in Bulawayo are branches of companies in Harare. It is a fact that when companies are faced with operational challenges, they close branches and consolidate operations at their headquarters in this case Harare. In a number of cases, what appears to be relocation is in fact closing of branches to concentrate at the centre,” he said.

Solution and way forward
Industrialist Walter Chigwada said there is a need for local companies to embrace technology so that they can be competitive.
He also said there is a need for companies to have access to cheap funding for retooling.
Industrialists said the interest rates should be below 10% with a tenure of four to six years and not the present 24 to 36 months with a moratorium of six to nine months.
The country’s largest industrial grouping, Confederation of Zimbabwe Industries (CZI), believes that re-establishing the industrial base should be premised on protecting domestic firms from external competition for a defined period.
It says protectionism might help provide the much-needed buffer from competition and would afford local companies time to retool, acquire new technologies and ramp up production.
But there are concerns that protectionist measures are against regional trade protocols that are being pushed by Sadc and the African Union, especially after the recent signing of the African Continental Free Trade Area.
Association for Business in Zimbabwe (Abuz) chief executive officer Victor Nyoni said there was a need for government to come with a tailor-made policy specifically focusing on Bulawayo industry only.
“Industry in Bulawayo has not been given due attention for a very long time. I am aware that there have been a lot of attempts to try and shine light on industry in Bulawayo, but there has not been, in my view, policy that are designed to specifically deal with what could be the problems in Bulawayo,” he said.
“In fact, one could say there have not been proper diagnosis of what it is a problem in Bulawayo industry.
“You would know that Bulawayo is regarded as an industrial hub. For that reason, it means that we would want to see a specific policy that has been designed primarily to deal with industries in Bulawayo given its uniqueness.
“Uniqueness from the point that it has been regarded as an industrial hub and given that there is quite huge infrastructural outlay for the industries here in Bulawayo. Also, uniqueness in terms of water which has been problematic in Bulawayo,” Nyoni said.
Due to water shortages, Nyoni said several companies, including food processor Colcom, deserted Bulawayo.
“So Dimaf as designed by government was not necessarily to deal with problems unique to Bulawayo but to deal with problems right across the country and we all know that Dimaf came but nothing came out of it,” he said.
Nyoni said some mechanisms such as judicial management systems also failed. He said companies like G&D Shoes, Merlin and National Blankets have not favourably responded to judicial management rescue schemes.
“We have seen workers losing jobs, companies closing and the list is endless. There is really need to get down to the basics and say what is it that is fundamentally wrong with Bulawayo in its uniqueness as well as its closeness to markets like South Africa, Botswana ,among others and then design a policy that will primarily speak to those uniqueness,” he said.
“Secondly, we need Bulawayo City Council to play a role here, its investment desk must be resourced correctly and also be put on the open map and also to try and advertise all the investment opportunities as they exist in Bulawayo.
“You can imagine Bulawayo province from a government view also needs to come up with its website and ensure that Bulawayo industries are displayed to the world to see what opportunities exist. I think there is a lot that can be done there.”
He said the policy will also help institutions such as the NRZ to take off as a support structure for industries.
“So revival of NRZ is also equally important,” he said.
CZI vice-president Joseph Gunda said companies in Bulawayo did not get assistance from the $3 billion working capital allocated to industry under the Covid-19 stimulus package.
“That $3 billion that was allocated for manufacturing, my anticipation was that it could be channelled towards industries that would want that kind of working capital in Bulawayo but it doesn’t seem like anyone got that assistance,” he said.
“Companies have been saying they applied but never got it. This is where we feel perhaps some efforts should be done. If we say we are offering a stimulus package for industry and Bulawayo is not included, then what are we talking about?”
Gunda said forex shortages have been addressed through the auction system.
“We have seen the auction system coming in handy and we applaud government for finally accepting the suggestion that we made that let’s have the forex system establish correct value of Zimbabwean dollar,” he said.
“I think those companies in Bulawayo that needs forex, we can’t be talking much about forex now. It’s now a question of investment, the environment for either local or foreign direct investment.
“I think this is where funding of low interest rate loans would be required for those who need to invest locally but it is prohibiting because of these interest rates that are so prohibitive and high so that one would think that look if you are going to borrow that money, the repayment is going to choke you.”
Gunda said some banks were charging about 60% interest rates.
“So, for us to revive Bulawayo industry we need those interest rates to be low. We also have these challenges with power and with water.
“At least with power there has been some stability in industry.
“What is challenging is the issue of water. We have had meetings with Bulawayo City Council and we have emphasised that without water what is industry? We can’t operate. We can’t have industry without water,” he said.
Gunda said if some of these hindrances could be removed, Bulawayo can have foreign direct investment and stability.
Bulawayo is strategically positioned for the manufacturing sector output distribution across the Sadc region and the world at large, hence, its revival is of paramount importance.