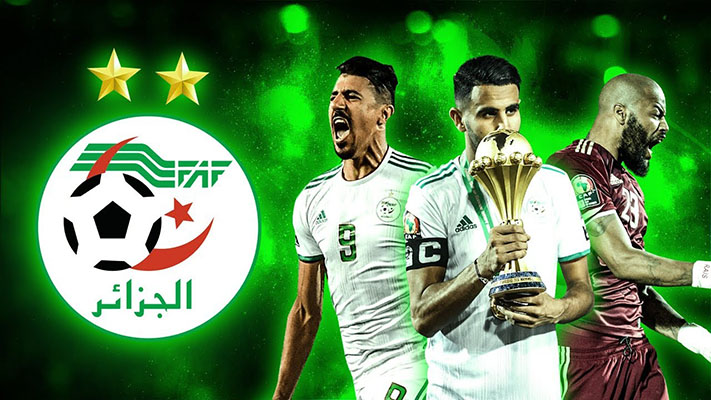 NEWS that Algeria were the dominant team in an international friendly against Mexico on Tuesday night – holding the Latin American giants to a 2-2 draw in the Netherlands – may send shivers down the spine of Zimbabwe, the African champions’ next opponents.

The Zimbabweans must move mountains to keep red-hot Algeria at bay when the two sides clash in two back-to-back Africa Cup of Nations qualifiers in November.

On Tuesday night in The Hague, 10-man Algeria exhibited their offensive firepower to hold country that is only one of two, together with Brazil, to make it out of the group stage over the last seven World Cups.

Raúl Jiménez and Diego Lainez were on target for the Mexicans.

While an already well-oiled Algeria was looking even sharper against world-class opposition, Zimbabwe’s new coach Zdravko Logarusic’s charges were struggling to a goalless two days earlier away to minnows Malawi.

It will most certainly worsen the headache for the Croat, who reportedly threatened to resign from the Zimbabwe job in frustration following hitches surrounding preparations for that Malawi friendly.

Despite having Aston Villa midfielder Marvelous Nakamba and Kaizer Chiefs attacker Khama Billiat – lightweights compared to Mahrez and Bennacer – in the line-up in Blantyre, Logarusic complained that the Zimbabwe Football Association (Zifa) hadn’t rendered him enough support by flying in all the players he needed to assess before the uphill task against the African champions.

Algerian football is currently on a high, with the national side made up of exciting players turning out for top teams across Europe, captain and Manchester City star winger Mahrez being the lynchpin.

The Desert Foxes displayed an entertaining brand of attacking football in 2018 to lift their second Nations Cup title in history, before beginning quest for qualification of the next edition with a ruthless 5-0 rout of Zambia last year and then a slender 1-0 win in Botswana.

Covid-19 then brought worldwide sport to a standstill, and with that the Algerian juggernaut was also halted.

The Malawi tie will most probably turn out to be the Warriors’ sole warm-up before the big clash with the Algerians.

Algeria will be the first true test of depth and character for this Zimbabwean side in this latest campaign.

The finals of the next Nations Cup edition have been moved to January 2022, in Cameroon, following the Covid-19 pandemic.