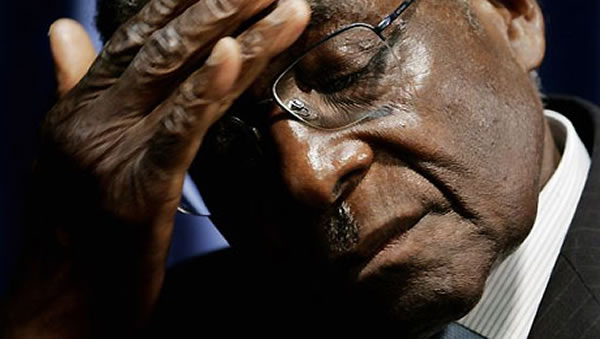 In a discussion on United States channel Fox News, host Jesse Watters says the US wants the “best and brightest” immigrants, not “some guy’s uncle from Zimbabwe”.

The video clip, although four years old, has found currency in the never-ending debate on the catastrophic decline of a country that once held so much promise at Independence in 1980 even the great Bob Marley composed a hit song in celebration.

Watters and his co-hosts were discussing the then president Donald Trump’s tweeted demand that the US Congress throw support behind a Bill to fund tougher immigration policies. Greg Gutfeld, another panellist, argued that Trump should use a border wall with Mexico as an idea to spark a broader conversation about security. The other panellist, Juan Williams, said Trump wanted to cut legal and illegal immigration. “He wants merit-based,” Watters chimed in. “That would cut legal immigration by bringing in the best and brightest. So we don’t bring in some guy’s uncle from Zimbabwe.” After Williams sarcastically replied “Oh, Zimbabwe, thank you,” Watters quickly added “Or Thailand.” The damage had been done. Zimbabweans had been reduced to the butt of unsavoury jokes.

Catastrophic leadership has made Zimbabweans more vulnerable to racism and other forms of discrimination.

There is a correlation between Zimbabwe’s democratic deficit and the ruinous economic decline. It is not by accident that the country has become the biggest producer of economic refugees in southern Africa.

As the latest Africa Democracy Index shows, the country is ranked the worst “authoritarian regime” in southern Africa. Even Eswatini, ruled by a medieval monarch, fares better in the democracy stakes.

But something interesting is happening in the region. It will be remembered that a few years ago Botswana was the only country in this neighbourhood which openly spoke out against the excesses of Robert Mugabe’s oppressive government. This has changed. These days, African diplomats will tell you that the Zanu PF government is badly letting the region down by failing to manage what used to be the second most industrialised economy in this part of the world.

The destruction of Zimbabwe by a corrupt and brutal elite shows why the African Peer Review Mechanism (APRM) was such an unmitigated failure.

According to the African Union,  APRM was supposed to be a voluntary arrangement among African states to systematically assess and review governance at head of state peer level in order to promote political stability, accelerated sub-regional and continental economic integration, economic growth and sustainable development.

The APRM, a specialised agency of the AU, was initiated in 2002 and established in 2003, but it was soon mired in acrimony and dysfunctional politicking.

Kenyan President Uhuru Kenyatta has been trying to revive the peer review instrument in recent times. He will soon be out of power and so, considering that Africans have not witnessed any real appetite for the operationalisation of the mechanism, nobody really sees his efforts bearing fruit.

In southern Africa, the regional power, South Africa, has been roundly criticised for its unhelpful “quiet diplomacy” stance over the decades, with critics saying this posture has helped harden Zanu PF’s impunity.

The recent policy conference of the governing African National Congress (ANC) was fascinating in many respects, not least because the thorny issue of immigrants came up for scrutiny.

In a discussion document distributed to delegates at the policy conference, the ANC said spousal and relatives’ visas should be done away with because the system is being “abused by foreign nationals” to settle in that country.

The ANC is merely tinkering with the symptoms, of course. Leaders of Africa’s oldest liberation movement know for a fact that the elephants in the room are failed leadership, corruption and bad governance in Harare.

How on earth did we end up with this ridiculous situation in which a nation of 40 million people is responsible for feeding a continent of 1.3 billion? It is the same question everyone on the planet is asking: Why is Zimbabwe, a country vastly endowed with valuable natural and human resources, failing to give its people a dignified life?

Nkomo: A philosopher of liberation in word, in deed