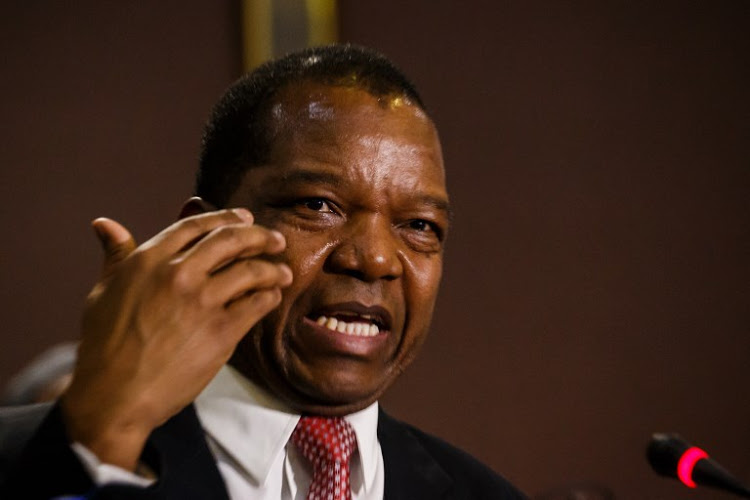 FEARS of blocking critical funding to the country’s fragile productive sectors and the resultant negative contagion effect across the socio-economic landscape forced the authorities to make a somersault on knee-jerk interventionist measures which could potentially grind Zimbabwe’s economy to a halt, The NewsHawks has established.

President Emmerson Mnangagwa, flanked by Finance minister Mthuli Ncube and Reserve Bank of Zimbabwe governor John Mangudya, announced a raft of desperate measures last weekend which were aimed at containing currency and exchange rate volatility fuelling the collapse of the Zimbabwe dollar and the renewed inflation spiral amid growing social unrest. This comes as year-on-year inflation approaches the three-digit mark and the local unit continues to crash.

This week The NewsHawks spoke to experts and analysed which sectors would have been hurt the most by government’s directive to ban financial institutions from lending.

Fanwell Mutongo, Bankers Association of Zimbabwe (BAZ) chief executive, said bankers had expressed concern over the impact of the measures on the economy. Curiously, before Mutongo’s remarks, banks and other financial institutions had remained tight-lipped over the issue, giving currency to speculation that they had been gagged.

“BAZ is fully aligned with the directive issued by the central bank and has implemented the measures as directed and in full compliance. We fully understand and support government’s position,” Mutongo told The NewsHawks in a written response to an enquiry.

“However, like everyone else, we are concerned about the unintended consequences on the wider economy, agriculture and productive sectors if the position is maintained for a very long time.”

Days after Mnangagwa announced the measures, the central bank eased some of the restrictions amid public outcry.

“Further to our letter of 9 May 2022 on Measures to Restore Confidence, Preserve Value and Restore Macroeconomic Stability we advise that offshore drawdowns include foreign facilities for tobacco, cotton and other marketable commodities as well as establishment of letters of credit which are cash covered,” the RBZ said in a leaked circular directed to bankers.

“Please note that funding for the purchase of tobacco and cotton should be treated in similar manner like offshore facilities. Facilities for other marketable commodities would require prior approval by the Reserve Bank”

In his last Monetary Policy Statement (MPS) presented in February this year, RBZ governor Mangudya said appetite for borrowing is seen increasing as the economy recovers. Zimbabwe suffered two years of economic contraction from 2019-20 due to droughts, the outbreak of Covid-19 and bad policies, experts say.

“The demand for loans is expected to continue improving in line with the incremental recovery of economic activity from the Covid-19 pandemic,” Mangudya said.

Brains Muchemwa, a Harare-based independent economist, said extending a ban in the medium term to long term would paralyse the economy.

“The impact of this policy measure will not only hit the bankers and their ‘wayward’ clients, but unfortunately will cascade to the very playground that politicians intend to insulate from the alleged shenanigans of the corporate elites,” Muchemwa said.

“The policymakers may not be aware of how this policy, if sustained for a month or longer, can trigger huge disruptions in the goods market, causing shortages that will in fact trigger the very price increases they are attempting to arrest in the first instance.”

Who borrows the most?

President Mnangagwa’s measures came at a time the country’s tobacco marketing season is in full swing while preparations for the winter wheat crop and sugarcane planting are underway.

Official figures show that tobacco, which generates nearly a US$1 billion in export receipts, is the country’s second-largest foreign currency earner after gold.

Lending is a primary function of banks and a source of most of their income. Primary functions of banks include accepting deposits, granting loans, advances, cash, credit, overdraft and discounting of bills, while their secondary roles entail issuing letters of credit, undertaking safe custody of valuables, providing consumer finance and facilities educational loans.

Figures from the apex bank also show that total banking sector loans and advances increased by 61% from ZW$142.79 billion as at 30 June 2021 to ZW$229.94 billion as at 31 December 2021, largely attributed to the translation of foreign currency-denominated loans. As at 31 December 2021, foreign currency-denominated loans constituted 36.87% of total banking sector loans, an increase from 30.16% reported as at 30 June 2021.

During the period under review, financial intermediation improved from 45.84% recorded in June 2021 to 48.27% as at 31 December 2021. The banking sector continued to support the productive sectors of the economy as evidenced by loans to the productive sector constituting 76.29% of total loans as at 31 December 2021. The remaining 20.1% and 3.05% were consumptive and others respectively.

“During the year under review, interest income from loans and advances contributed 34.99%, compared to 17.82% in December 2020, of the total income, an indication of a shift towards the traditional sources of revenue such as income from financial intermediation activities, which is considered stable and sustainable,” further reads the MPS.

Official figures show that non-interest income was driven by fees and commissions due to increased transactional volumes on digital platforms in the wake of Covid-19, as well as initiatives by banking institutions to promote the use of plastic money. Translation gains on foreign currency-denominated assets, as well as revaluation gains from investment properties, according to the central bank also contributed to the growth in other non-interest income.

How capitalised are banks?

Banking institutions bolstered their capital positions through organic growth, including recapitalisation of revaluations gains on investment properties, as well as capital injection by shareholders.