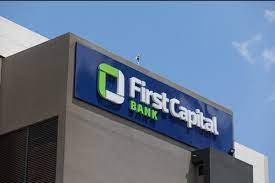 FIRST Capital Bank (FCB) has reported 37% growth in total income buoyed by growth in its loan book and non-funded income amid concerns of a different outturn following government’s ban on lending.

“This is on the back of strong performance in both net interest income and non-funded income which increased by 37% and 36% respectively on the back of an increase in underlying business and customer transactions in the wake of reduced Covid-19 restrictive measures,” the bank said in its first-quarter trading update.

“About 20% of the bank’s income for the quarter was earned in foreign currency with the business outlook suggesting an increased contribution going forward. Operating expenses increased by 18%, reaching ZW$1.4bn in Q1 2022 compared to ZW$1.2bn recorded in Q1 2021.”

The bank recorded profit before tax of ZW$522.8 million for the quarter, a 349% increase from the ZW$116.4m recorded in the corresponding period in 2021. Total assets increased in real terms by 29% on a year-to-year basis.

However, on a year-todate basis, the balance sheet has remained largely flat between December 2021 and March 2022, with total assets increasing by 2%, deposits increasing by 2% while equity reduced by 5%, following adjustment for the 2021 final dividend of ZW$834m.

“Gross advances however increased by 15%, closing the quarter at ZW$10bn from ZW$8.7bn on 31 December 2021, reflecting increased appetite from both the productive and consumptive sectors. Asset quality remained strong with a non-performing loan ratio of 0.2% being recorded at the end of Q1, 2022 down from 1% recorded at the end of 2021,” the statement reads.

“The bank expects the aggressive liquidity mop-up and high interest regime to subsist up to the end of the year as a way of neutralising inflation pressure from an otherwise expansionary fiscal posture arising from the need to restore basic infrastructure and to support social funding against projected food shortages following a below par agriculture season. The bank will remain cautious in its approach to ensure that liquidity outages are minimised whilst taking advantages of the expected resurgence in growth sectors which include mining, industrial, farming and tourism.”

Related Topics:First Capital Bank
Up Next